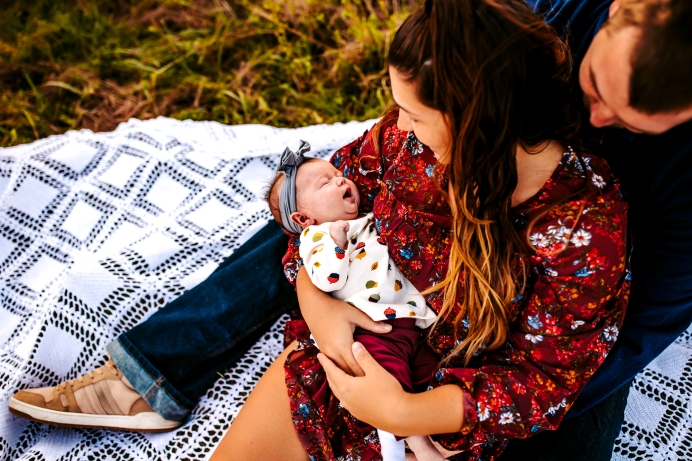 Katelynn and Patrick learned on Christmas day 2021 that they were pregnant, and at first, they were excited, thinking it was the greatest Christmas gift they could have gotten.

But despite this gift of their baby on the way the couple began to have doubt about how they would be able to afford another child as they had five other children and were facing financial difficulties.

“We didn't know how we were going do it,” Katelynn said. “Trying to feed another mouth was just something that was scary to us. I had just lost my job; he was struggling with his business. We didn't have a lot of income.”

Katelyn woke up one day awhile later feeling overwhelmed, doubting that they could take care of their baby. Patrick told her he would support her in whatever she wanted but said they should weigh the situation.

After contacting Planned Parenthood about its services, the couple opted to go to the abortion provider for a chemical abortion.

“So, we went in and just kind of did it very quickly, because I just thought just getting it over with was just the way to go,” said Katelynn. “And it wasn't.”

Katelynn took mifepristone, the first of two abortion pills in the chemical abortion drug regimen. This blocked her body’s production of progesterone, the hormone produced in a woman’s body that sustains pregnancy, stopping the nourishment to her baby.

“And so, the next day I decided that I had made a mistake,” Katelynn said.

“I only took the first pill and knew in my heart that it was just wrong,” she said. “So, I was up at six o'clock in the morning the next day after being up all night, just regretting my decision.”

Patrick was asleep while she was in the bathtub making phone calls, trying to figure out what she could do.

‘Is it too late?’ Katelynn asked herself. ‘Can I do something else?’

“I literally Googled, “what to do if you want to reverse an abortion,” she said. “And that's when Heartbeat came up.”

Katelynn called the 24-hour Abortion Pill Rescue® Network (APRN) hotline and spoke with a nurse. The APRN is managed by Heartbeat International, the world’s largest network of pregnancy help.

But if a woman takes the first abortion pill and she has regret, and she acts quickly enough after taking the first pill, it may be possible to save her unborn child with Abortion Pill Reversal.

Abortion Pill Reversal (APR) is a newer application of a decades-old treatment used to prevent miscarriage and involves prescribing bioidentical progesterone to counter the progesterone-blocking effect of mifepristone.

Children have been saved as long as 72 hours after their mother took the first abortion pill, but results are best if Mom acts within 24 hours.

While abortion proponents have continually tried to dismiss and vilify the APR protocol, the fact is that statistics show that to date more than 4,000 lives, and counting, have been saved through Abortion Pill Reversal.

“If a woman regrets taking that first pill, time is of the essence to do something about it for a potential reversal,” said Loretta Kelley, RN, a nurse who serves at Blue Ridge Women’s Center in Roanoke, Va., where Katelynn is a client.

The APRN hotline nurse connected Katelynn with the closest Abortion Pill Reversal center at the time in Lynchburg, Va.

“I was willing to drive anywhere,” Katelynn said.

The scariest part came, she said, as she waited to find out if her baby still had a heartbeat.

“I was just in the waiting room, just praying, that's all I was doing was just praying for a heartbeat,” she said. “And when we found one, it was like a miracle.”

Again concerned over finances, thinking they would have to travel regularly to Lynchburg for treatment, Katelynn saw how the Lord had a hand in saving her baby when ongoing APR services were made available closer to home at the Blue Ridge Women’s Center via Heartbeat’s APRN.

“I was worried again because we were in a bad place financially about making that drive, taking off of work, going there once a week,” she said. “But when I was told that we could transfer the services down to Roanoke, it was just like God came in again and just made a way, and there was nothing that we could do that would stop the process. It was just like a guided light the entire way.”

Katelynn then had weeks of APR treatment and follow-up ultrasounds at Blue Ridge Women’s Center.

Katelynn and Patrick’s baby became one of those 4,000 lives saved through Abortion Pill Reversal.

Her parents could not be happier to have her.

“I know she's going to have a great future,” Patrick said. “She is here for a reason. She has two great parents, and she knows she's loved.”

Tweet This: “I know she's going to have a great future. She is here for a reason. She has two great parents, and she knows she's loved” - APR dad

Katelynn said baby Aubrey has made their family feel complete.

“It was our last missing piece of the puzzle to the family,” Katelynn said. “She had 10 fingers and 10 toes. So, everything worked out and we were just so relieved,”