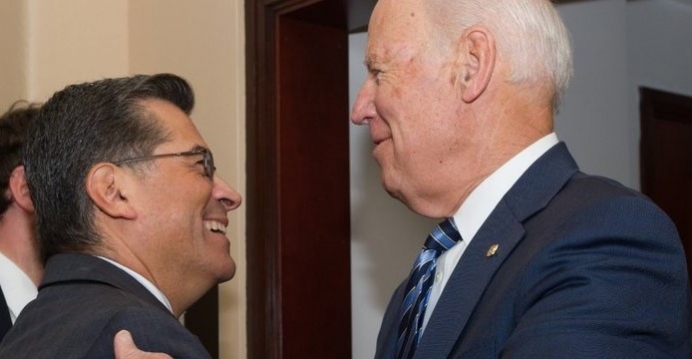 As attorney general of California, Becerra showed a marked hostility to Americans who follow Judeo-Christian teaching on matters such as abortion and homosexuality

Liberal Republican Sen. Susan Collins of Maine was the only Republican to join Democrats in confirming Becerra. All Democrats present supported him, though Sen. Mazie Hirono of Hawaii, who had previously endorsed him, was absent for the vote.

As attorney general of the Golden State, Becerra showed a marked hostility to Americans who follow Judeo-Christian teaching on matters such as abortion and homosexuality, from forcing churches to subsidize elective abortions and nuns to subsidize contraceptives, to forcing pro-life pregnancy centers to advertise abortion resources, to refusing to fund state employees’ travel to South Carolina in protest of its law protecting adoption agencies that insist on giving children both a mother and a father.

Becerra was also responsible for enforcing draconian restrictions on religious assembly in the name of containing COVID-19, and joined other Democrat officials across the country in using the pandemic as a justification to demand abortion pills be approved for unsupervised home use.

“We’re disappointed to see the U.S. Senate hand the job of leading our nation out of the worst pandemic in 100 years to a man with zero training in medicine, science, pharma, or the health care world,” Family Research Council (FRC) President Tony Perkins said Thursday. “The only real experience he has with the industry is suing hospitals, pregnancy care centers, and other entities that aren't pro-abortion enough for his liking. His extreme views are bad enough, but as attorney general of California, he forced those views on others, even after he was rebuked by the U.S. Supreme Court.”

I’m honored and humbled by today’s vote in the Senate. Thank you. I’m ready to get to work at @HHSgov.

“The confirmation of Xavier Becerra to the position of Secretary of HHS is perhaps the most devastating consequence of Biden's time in office thus far,” Abby Johnson, a former Planned Parenthood director and founder of And Then There Were None, told LifeSiteNews. “This man has made it his mission to be a radical activist during his time in office, suing the Little Sisters of the Poor, who are nuns who have taken the vow of chastity, for not providing birth control. He also sued pregnancy centers in California to advertise for abortion, which is directly contrary to their mission. It's not enough for Xavier Becerra to disagree with groups of people — he has demonstrated he wants to obliterate them.

Tweet This: "(Becerra) also sued pregnancy centers in California to advertise for abortion, which is directly contrary to their mission."

“Elections have vast consequences and it is a travesty that so many Christians and Catholics were persuaded to vote for a man, and legislators to do his bidding, who now has the power to appoint people who, in many cases, will decide between life and death,” Johnson added.

“Xavier Becerra has a record of using the power of government to target and attack pro-life Americans. We are deeply disappointed in his confirmation. Senator Collins, who claims to be a moderate, and Senators Casey and Manchin, who say they are pro-life, voted to appoint a radical, pro-abortion activist lawyer, with no medical experience to one of the highest health positions in federal government,” said Lila Rose, founder and president of Live Action.

Tweet This: “Xavier Becerra has a record of using the power of government to target and attack pro-life Americans."

“While the Biden administration attempts to enforce its agenda at the federal level for the next four years, the pro-life movement will be fighting back in the states, working with pro-life legislatures to advance protections for preborn children and their mothers,” Rose vowed. “We’ll also make unprecedented efforts through public education campaigns to share the truth about prenatal development and the lethal cruelty inflicted on living preborn children by legalized abortion. Eyes are being opened every day as more and more Americans learn the facts about abortion. It’s only a matter of time before truth prevails and the American people reject demand the abolition of abortion.”