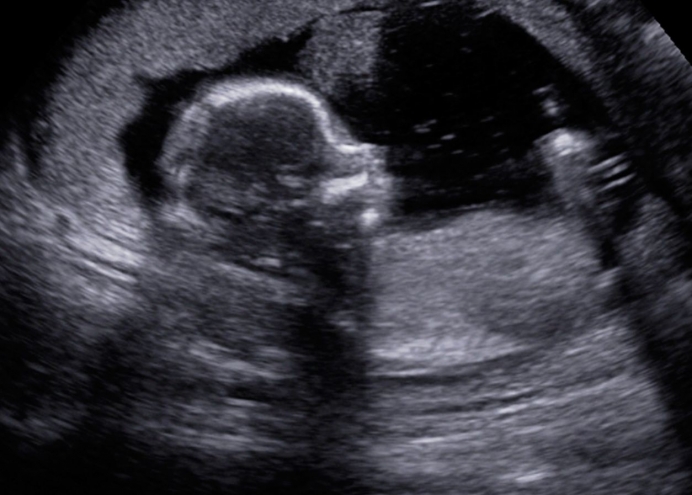 Twenty-two-year-old “Leslie” had taken the first abortion pill at the Planned Parenthood facility in Fort Collins. A sidewalk counselor who was praying at the abortion center presented the young woman with a card about Abortion Pill Rescue® (APR), according to Terri Robinson, client services director at The Resource Center in Greeley, Colorado.

That brochure prompted the young woman to reach out to the Abortion Pill Rescue® Network (APRN).

An operator contacted Cindy Amos, nurse manager for The Resource Center in the Greeley, about 30 miles from Fort Collins. Leslie went to the center and Amos began the APR protocol – conducting an ultrasound to see if the woman’s pregnancy was still viable and then administering progesterone.

“We were surprised to find out she was a client before,” Robinson said. “She had aborted her baby at that time.”

As Amos worked with the young woman, various Sanctity of Human Life talks were being conducted at local churches by board and staff members of The Resource Center.

Gail Holmes, executive director, was one of those speakers. She received a text from Amos about the appointment, and she shared the news with the congregation to whom she was speaking.

“I stood in front of the church and told them, ‘We’re saving a baby as I speak.’ It was a big thrill,” Holmes said.

Tweet This: “I stood in front of the church and told them, ‘We’re saving a baby as I speak.’ It was a big thrill.”

She was presenting at her home church, celebrating its 200th anniversary.

“We sang ‘Great is Thy Faithfulness,’” Holmes said.  “I thought, ‘The saints are singing.’”

Texts were sent to other prayer partners. The center has about 400 people on its prayer chain text list, Amos said.

The Resource Center has offered APR for three years. The January appointment was the seventh time the center has provided the service in the university town located northeast of Denver, with five times last year alone.

Every client who has a positive pregnancy test at the center receives a card about APR, Holmes said. That is one way they let women know about the service. The APRN hotline number is also displayed on the center’s website.

“When we get a call, it’s like being a nurse in a hospital – your adrenaline really kicks in,” Amos said. “It’s very rewarding.”

“It takes on an emergency room flavor,” Holmes agreed.

The abortion pill reversal protocol involves the prescribing of progesterone after the pregnant mom takes the first of two abortion drugs. It is a new application of an FDA-approved progesterone treatment that has been used for decades to stop miscarriages., Statistics show that more than 2,000 lives have been saved (and counting) thanks to the Abortion Pill Rescue Network.

The Resource Center’s Medical Director Dr. David Puls plays a significant role in APR cases. Not only does he oversee the protocol administered by Amos and the other nurses, but he refers their patients to a local physician who continues the patient’s care. He will provide a testimony about his work at the center, including the excitement of offering APR, for the organization’s upcoming annual gala.

Holmes and her staff are preparing for that March 4 event, which will be virtual this year.

“He’ll talk about how he, as a doctor and our medical director, has opportunity to see babies’ lives being saved from abortion,” said Holmes.

Offering the gift of life

When Holmes and Amos learned about APR during a Heartbeat International conference, they knew they wanted to offer the service at their center. Upon sharing what they learned with the then-board of directors and several local medical professionals who serve on their medical advisory board, the information received strong support.

“We had doctors willing to help,” said Holmes.

As they move farther into 2021, she and her staff hope to help more women through the APR protocol.

“Being able to do abortion pill reversal has been a real blessing for us,” Holmes said.