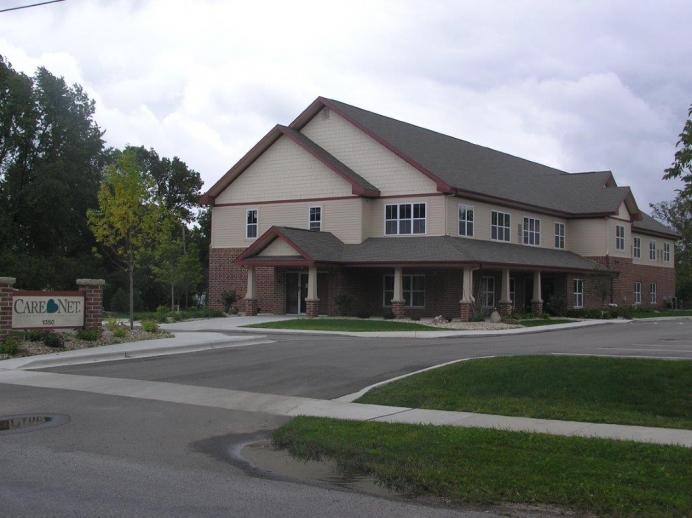 Thieves who broke into a small church in Madison, Wis., and stole baby bottles stuffed with coins and dollar bills meant for a pregnancy center may have actually done their victims a favor in the long run.

While the June 23 burglary ended up costing Care Net Pregnancy Center of Dane County a few hundred dollars, it also gave them an unexpected opportunity to reintroduce themselves to a community they’ve served for over 30 years.

Local network TV stations seized onto the story, telling their viewers not just about the petty theft, but about the services Care Net offers—which include an on-site residential maternity home, “The Elizabeth House,” which 186 first-time mothers and their babies have called home during their pregnancies since 2005.

The unanticipated attention comes at a perfect time, says Liz Osborn, the center’s founding CEO who has been with the organization since 1986. After getting hit with an online ransom-ware attack this spring, Care Net is back on its feet and—thanks to a ramped-up Google Adwords effort—reaching more women in the valley of pregnancy decision than ever.

In the past two weeks alone, six women who felt they had no other choice but abortion found out otherwise thanks to a free ultrasound at Care Net. Over the last year, the center noted a 25 percent increase in women rejecting abortion and choosing life instead.

“The enemy likes to stir up things,” Osborn said. “We just got through revamping all of our IT and getting everyone trained on new systems in place, and now this happens. It’s like the enemy wants to throw little darts at you, which tells you you’re doing something right—you’re stirring him up.”

Located just six blocks away from a Planned Parenthood that preys on students at the University of Wisconsin-Madison, Care Net serves its clients with free pregnancy tests, ultrasounds, STI testing, as well as options counseling and classes on childbirth and parenting.

Planned Parenthood originally had its eye on Care Net’s current location—a 21,000 square-foot building that houses both its pregnancy center, maternity home and material aid boutique—a dozen years ago, but a Care Net donor out-bid the abortion chain at the last minute and handed the property over to Care Net, putting a premium location to life-saving use.

“We figured if the abortion clinic wanted to purchase this land, we were in a good location within this city,” Osborn said.

That started a major capital campaign for Care Net, which set out to raise over $2 million to build on the property. Almost four years after purchasing the property, Osborn closed the center’s remaining $500,000 gap thanks to long-time supporters who pitched in to make sure the organization stayed out of debt.

Because of its commitment to The Elizabeth House, Care Net actually saw several gifts come in from friends and neighbors who identified themselves as pro-choice, but were captured by the vision for a live-in maternity home.

One woman who came to the center for help in 2016, “Lauren,” told Care Net staff she was there to get an abortion. The answer from the staff came as a surprise: “What if there was a place you could live without cost, while you found a job and got back on your feet with support from a team of people?”

Lauren’s response perfectly highlighted what makes The Elizabeth House so valuable to Care Net and its clients: “If only there was such a place!”

It wasn’t a hypothetical question, of course. Within days, Lauren was living at The Elizabeth House. Within a couple of weeks, she was working a new job, and by the time she gave birth to her first child in early 2017, Lauren had been transitioned into an apartment of her own for several months.