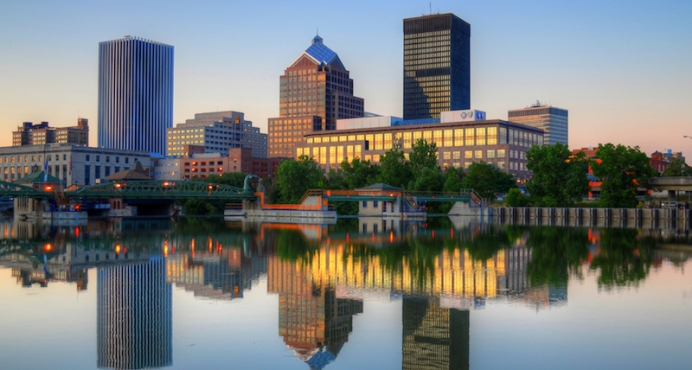 With national attention focused on the present and potential effects of abortion restrictions, a positive trend is continuing to grow in perhaps the most unlikely of states.

Data released in late March by the state of New York’s Department of Health shows the lowest total of abortions since the state legalized abortion in 1970, when it established itself as an abortion stronghold in the years leading up to Roe v. Wade.

Since eclipsing 145,000 abortions statewide in 1997, New York’s total has consistently dropped each year, falling to just over 93,000 in 2014, according to the state’s statistics.

While New York has experienced a 22 percent drop in abortions since 1997, pregnancies statewide are down just 10 percent over the same timeframe.

James Harden, president and CEO of CompassCare Pregnancy Services in Rochester, where abortions totals have fallen 27 percent since 2008, said the numbers reveal a decreasing demand for abortion as a result of pregnancy help in the area.

“Women have abortions because they feel like they have no choice,” Harden said. “These numbers say that the community cares and is rallying to support women through organizations like CompassCare.”

Tweet This: #Abortion totals continue to fall in #NewYork, down 22% in 12 years.

With free pregnancy testing, ultrasound services, STI testing and education, and connections with a national network of OB-GYNs prepared to reverse the effects of the abortion pill in certain cases, CompassCare is one of 12 life-affirming pregnancy help organizations in the Rochester area.

New York has long been an epicenter of abortion, starting with its legalization of the practice in 1970, and still accounts for roughly one in 10 abortions nationwide.

The state’s current decline in the demand for abortion, however, is coupled with a March 29 court settlement that struck down a New York City law requiring pro-life pregnancy centers to post signage either referring for abortion or discouraging clients from entering the centers.

“It is our estimation that New York is the abortion bellwether for the U.S.,” Harden said. “This is good news for everyone.”

Meanwhile, the number of pregnancy help center locations has been rapidly increasing, with 2,579 pro-life pregnancy centers and medical clinics in the U.S., according to Heartbeat International's Worldwide Directory of Pregnancy Help.

"We're seeing the effectiveness of pregnancy help in New York, across the U.S. and all over the world, and it's happening one woman at a time—one child at a time," Jor-El Godsey, president of Heartbeat International, said. "Women desperately need emotional support and practical resources during an unexpected pregnancy. When we reach a mother with life-affirming, empowering help, she is equipped to make the healthiest choice for everyone involved in her pregnancy."