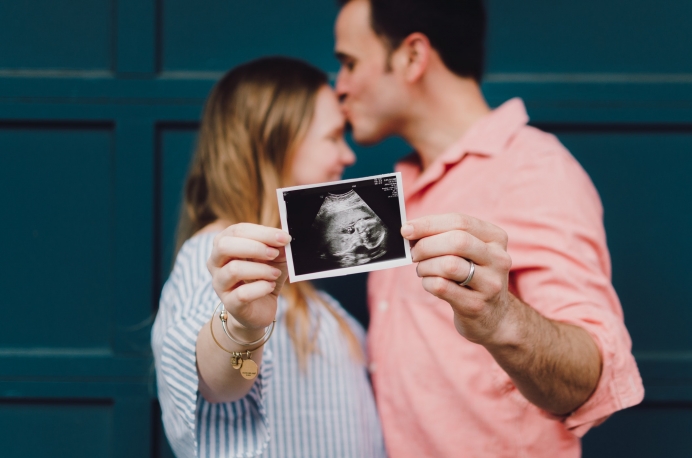 Following the Seventh Circuit’s decision to block an Indiana ultrasound law last summer, pro-life medical organizations are now urging the Supreme Court to take up the case in an amicus brief filed today by Americans United for Life.

Signed into law by former governor and current Vice President Mike Pence, the Indiana law requires that pregnant women receive an ultrasound viewing option during the informed consent process for an abortion, at least 18 hours ahead of the procedure.

Now, in the amicus brief filed today, Americans United for Life is rallying behind that appeal, joined by a robust collection of pro-life physicians groups and pregnancy help networks which represent thousands of physicians, nurses, physician assistants, and other healthcare professionals. Those groups include the American Association of Pro-life Obstetricians and Gynecologists, the American College of Pediatricians, Care Net, the Christian Medical Association, Heartbeat International, Inc., and the National Institute of Family and Life Advocates (NIFLA).

“Ultrasound imaging shows truthful, non-misleading, and essential medical information about the woman’s pregnancy, including the biological reality of her child,” said Americans United for Life President and CEO Catherine Glenn Foster. “Without this information, she cannot be fully informed or truly consent. We are hopeful the Supreme Court will agree to review this case and clarify that telling the truth about life in the womb can never impose an unconstitutional ‘burden’ on abortion access.”

During pregnancy, obstetrical ultrasound is used to measure an unborn baby’s gestational age, to assess for viability and fetal anomalies, to identify an ectopic pregnancy, and to estimate a woman’s risk of complications or even death from an abortion.

Obtaining and relaying that information is an important part of informed consent before an abortion, the groups argue.

“Not only is this medical information critical to discerning the humanity of the unborn child, but it is also crucial to ensuring a woman’s informed consent ahead of something so invasive and life-changing as an abortion,”said Danielle White, Esq., legal counsel for Heartbeat International, a global network of more than 2,600 pregnancy help organizations.

Tweet This: Obstetrical ultrasound is critical to discerning the biological reality of an unborn child and ensuring Informed consent. #prolife

Providing more than 400,000 free ultrasound scans in 2017 alone, pregnancy help centers are acutely aware of the life-saving impact of obstetrical ultrasounds. According to a 2013 survey conducted by NIFLA, 78 percent of abortion-minded or abortion-vulnerable pregnant clients chose life after seeing their unborn babies via ultrasound scans at pregnancy help medical clinics across the country.

Brittany of North Carolina is one woman who felt empowered to choose life for her son Noah after seeing him illuminated on the screen at Hand of Hope Pregnancy Center:

“The ultrasound screen showed a tiny grey area which was my baby. The biggest thing I noticed during this was that inside my baby was a strong heartbeat, flickering on the screen. I was only 6 weeks pregnant at the time. Yes, my baby not yet looked like a baby on the ultrasound screen, but there was a strong heartbeat, that you could easily see, flickering on the screen. That heartbeat of life that God gave me and trusted me to take care of, love, and eventually raise. I saw true love for the first time on that ultrasound screen.”

Although abortions are in decline in the Hoosier State, 7,778 abortions were reported to the Indiana State Department of Health in 2017.

“The fact that so many women change their minds after viewing an ultrasound image of their baby demonstrates that this information is highly relevant to many women’s decisions regarding their pregnancies,” White said. “Perhaps those changed minds are precisely why Planned Parenthood has been willing to fight this law. We are hopeful that the Supreme Court will not allow Planned Parenthood’s business interests to supersede a woman’s right to the information necessary to make an informed decision.”

If the Supreme Court declines this case, the Seventh Circuit’s decision will stand, and Indiana will not be permitted to enforce the law. On the other hand, if the Court decides to hear the case, oral argument would occur sometime in the fall.