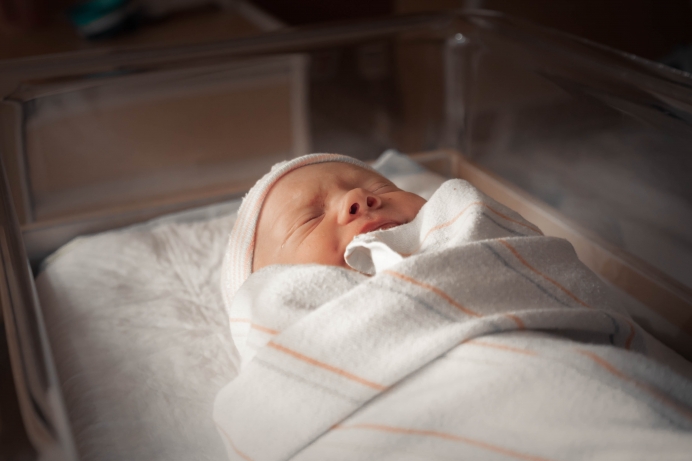 (CNA) Three state legislatures have passed new restrictions on abortion: a heartbeat-based abortion ban in Tennessee; a 24-hour waiting period on abortion in Iowa; and a ban on abortion due to race, sex or genetic anomaly of the unborn child in Mississippi.

The Tennessee Senate passed a ban on abortion 30 minutes after midnight on June 19 by a 23-5 party line vote, after it was previously passed in the House of Representatives, the The Tennessean reports.

Marjorie Dannenfelser of the Susan B. Anthony List praised the bill, saying “Tennessee’s landmark new law includes some of the strongest protections in the nation for unborn children and their mothers.”

The legislation bars abortion after the point at which a fetal heartbeat can be detected, as early as six weeks into pregnancy. It bars abortion if a woman is known to be seeking an abortion because of the unborn child’s sex or race, or because of a diagnosis of Down syndrome. The law bars abortions for juveniles in the custody of the state’s Department of Children’s Services, and removes the ability to petition a judge for permission for an abortion.

The law would allow abortion if a woman’s life is in danger but not if the unborn child is conceived in rape or incest.

A heartbeat-based abortion ban passed the Tennessee House last year but Republican Lt. Gov. Randy McNally did not support it in the Senate.

Similar laws in Mississippi, Ohio and other states have been struck down in court.

If the courts strike down Tennessee’s heartbeat-based abortion ban, the legislation would automatically enact a ban on abortion at ten different gradations: eight, 10, 12, 15, 18, 20, 21, 22, 23 and 24 weeks into pregnancy.

A doctor who performs an illegal abortion would face a Class C felony, should the bill become law.

Due to the novel coronavirus epidemic, the bill was thought to be shelved. It appeared to have revived in last-minute negotiations between the House and Senate, The Tennessean reports. The Senate rules were suspended when the bill was passed and no members of the public were present.

“In the dead of night, Tennessee politicians hellbent on chipping away at abortion access blocked citizens from entering the state Capitol while they used this draconian abortion ban to pass the state budget,” she said. “While Tennesseans are concerned about their health and safety during a pandemic, politicians used women’s lives as a bargaining chip to push their political agenda.”

Planned Parenthood, the American Civil Liberties Union, and the Center for Reproductive Rights filed a lawsuit against the bill, charging that it was unconstitutional.

Under the legislation, abortion clinics must post a sign saying that it is possible to reverse a chemical abortion, or face a $10,000 fine.

Similar Arizona legislation, passed in 2015, was repealed in 2016 after legal challenges. The State of Arizona had to pay Planned Parenthood and other abortion providers more than $600,000 in attorney fees and other costs spent fighting the law, the Associated Press reported.

In Iowa, the House and Senate passed a 24-hour waiting period requirement for abortion early June 15, KCCI News reports. The legislation also requires a woman to view ultrasounds of the unborn child and to receive information on adoption.

The legislation was passed amid a partisan battle.

Rep. Shannon Lundgren, R-Dubuque, said the passage of the bill showed her party is “always thinking ahead and thinking about how we can advance the life movement in the state of Iowa.” Sen. Jim Carlin, R-Woodbury, another supporter, said the legislation showed consistency in “our commitment to humanity.”

Democratic lawmakers objected to the bill, charging that Republican lawmakers exploited the coronavirus epidemic to advance the legislation.

Rep. Jo Oldson, House Democratic Whip, said the bill was released on a Saturday night so that legislators wouldn’t have to hear from voters.

“It's time for Iowa Republican lawmakers to be more transparent and stop the relentless attacks on the rights of Iowa women,” she said.

Planned Parenthood charged that legislators “prioritized their personal ideologies at the expense of our sexual and reproductive health freedom.”

Tweet This: Planned Parenthood charged that legislators “prioritized their personal ideologies @the expense of our sexual &reproductive health freedom”

On June 23 abortion backers Planned Parenthood and the ACLU filed a court challenge against the bill, seeking a temporary injunction to block the law from taking effect July 1.

Erin Davison-Rippey, Iowa executive director of Planned Parenthood North Central States, said the legislation could in practice delay abortion “by weeks,” and called the bill “a political ploy to create barriers to sexual and reproductive health care in Iowa.”

Iowa Gov. Kim Reynolds has not yet signed the bill but she is strongly pro-life and is expected to sign the bill into law.

In 2018, the Iowa Supreme Court voted 5-2 to reject a 72-hour waiting period for abortion. For the first time, the court ruled that the Iowa state constitution guarantees a right to abortion. The decision strongly entrenched the place of abortion in state law.

Reynolds has since appointed four Supreme Court justices, causing some to think a different decision could result from the litigation, the Des Moines Register reports.

In Mississippi, the legislature backed a bill to ban abortion based on race, sex or genetic anomalies. Supporters said it would bar abortion for conditions including Down syndrome.

On June 23 the Mississippi House of Representatives passed the bill by 91 to 25, after the Senate gave strong approval to the bill, the Associated Press reports.

“Abortions carried out because of a baby’s sex, race, or potential disability, such as Down syndrome, constitutes modern-day eugenics,” she said.

Beth Orlansky, advocacy director for the Mississippi Center for Justice, was a critic.

“This unconstitutional restriction adversely affects poor women who do not have the means to seek assistance elsewhere,” she said.

Violation of the law could mean up to 10 years in prison for a doctor or other health care worker. The law specifically states that the woman seeking the abortion would not be punished. The ban allows abortion in cases of medical emergencies.

Mississippi Republican Gov. Tate Reeves is expected to sign the bill, but pro-abortion rights groups are expected to file a legal challenge.