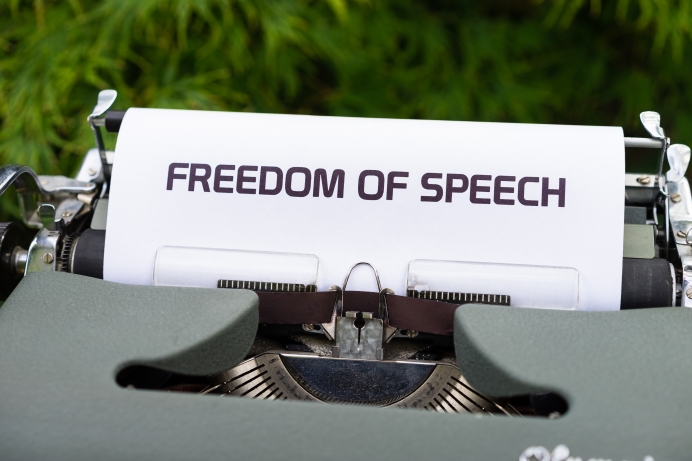 (CNA) Two pro-life groups are suing Washington D.C., alleging that the city discriminated against their pro-life viewpoints by refusing to grant permission to paint or chalk messages on the street, while allowing other activist groups to do so.

In a lawsuit filed in federal court November 18, the Frederick Douglass Foundation (FDF) and Students for Life of America (SFLA) contend that D.C. police discriminated against their viewpoints by preventing them from chalking pro-life messages on the sidewalk, while other groups have not been punished after painting and chalking messages on the streets and sidewalks of D.C. this year.

“The District of Columbia, like many American jurisdictions, prohibits the defacement of public property,” the lawsuit, filed by the Christian group Alliance Defending Freedom, notes.

“While such laws are intended to prohibit criminal activity, they may not be used as a tool to silence disfavored speech. But this is precisely what the District and the Defendants have done.”

Police arrested two protestors on August 1 for attempting to write a pro-life message in chalk on the sidewalk outside a Washington, D.C., Planned Parenthood clinic.

As the two protesters were writing “Pre-born Black Lives Matter”— a phrase meant to draw attention to the abortion rate in the African-American community— in chalk on the sidewalk, a police officer told them “if you continue chalking, you’re going to be placed under arrest.”

The protestors— Students For Life staff member Warner DePriest and a female college student —continued writing, after which two other officers approached them and placed them in handcuffs.

SFLA president Kristen Hawkins told CNA August 3 that the group had applied for and received from police a permit to hold an assembly outside the clinic.

In addition, Hawkins wrote a July 20 letter to District Mayor Muriel Bowser, asking for permission to paint “Black Pre-Born Lives Matter” on the street outside the Planned Parenthood clinic on August 1.

Though the group did not receive a written response from the city regarding the painted mural they hoped to create, Hawkins said a police officer told the group directly that protestors “would not be prevented from painting” by police.

Days before the demonstration, police officials told Tina Whittington, executive vice president of SFLA, that “a ‘pandora’s box’ had been opened regarding painting,” and that although the group would not be stopped from painting during their demonstration, they should use a paint that would wash away quickly, Hawkins said.

Despite those assurances, when members of the group arrived outside the Planned Parenthood clinic on August 1, they were told by police they could use neither paint nor chalk to write a message, Hawkins said.

A spokesperson for the District Metropolitan Police Department told CNA in August that the two protesters were given a citation and then released. In reference to the arrests, Metro police cited a city statute that makes it unlawful to “write, mark, draw, or paint” on public property without explicit permission from city authorities.

The lawsuit argues that the District is selectively enforcing the statute, pointing to other instances of painting on public property that the city had not sought to prevent.

Earlier this summer, Bowser ordered part of 16th Street, near the White House, painted with the slogan “Black Lives Matter” during mass anti-racism protests in the city.

The “Black Lives Matter” mural is government speech; however, protesters also painted “Defund the Police” on the same street as an addition to Bowser’s message, and did not seek permits to do so.

That protestor-created mural remained on the street for two months, before the city removed it in order to carry out scheduled road work.

The lawsuit also points to numerous other instances of unlawful graffiti and street art in D.C. near the Chamber of Commerce building, which protestors left behind August 16.

“No arrests were made and no one was cited for the graffiti, painting, chalking, or street art...despite the fact that such destruction of public property clearly violates the District Defacement Ordinance,” the lawsuit contends.

In her July 20 letter to the mayor, Hawkins argued, “If you open the door to free speech on the city streets to one group, you can’t shut it to others.” Bowser’s office did not respond to the letter.

Tweet This: “If you open the door to free speech on the city streets to one group, you can’t shut it to others.”

“The city shouldn’t be able to silence and punish us for expressing ideas that it doesn’t agree with,” said J.R. Gurley, Frederick Douglass Foundation’s Virginia Chapter President.

“Government officials can’t discriminate against peaceful displays on the basis of our beliefs about abortion when they have allowed other groups the same avenues to express their beliefs. If the mayor allows other messages to be painted and chalked, we should be able to express our views in the same manner without fear of unjust government punishment.”