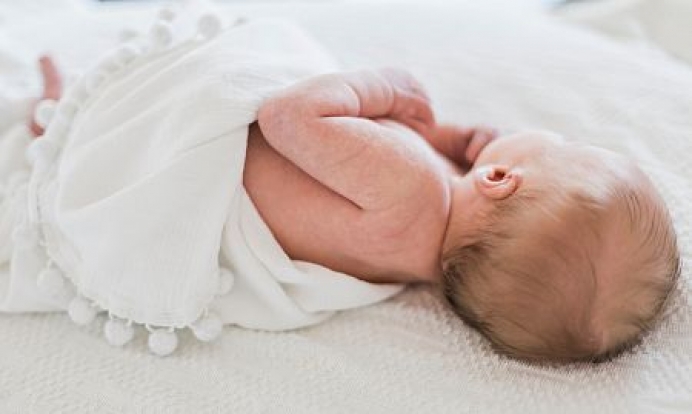 A leading pro-life group in Northern Ireland has pledged to “keep fighting until every unborn child is safe,” despite the UK government’s decriminalization of abortion there.

“We’ve launched this important new online campaign, called the ’79 Percent Campaign’ to express the public frustration and horror at the prospect of this barbaric new abortion law enforced by the UK Government,” said Bernadette Smyth, director of Precious Life. “The people of Northern Ireland, in their many thousands, have persistently made their voices heard and their outright opposition to abortion known.”

Tweet This: “The people of Northern Ireland ... have persistently made their voices heard and their outright opposition to abortion known.”

Precious Life, the nation's largest pro-life group, has established campaigns to raise awareness via social media that 79 percent of the country's citizens opposed change to Northern Ireland's pro-life laws and to also urge people to take action through a petition to rescind the country’s recently passed abortion law, Section 9 of the Executive Formation Act.

The British parliament passed new laws last October, as part of the Northern Ireland Executive Formation Act (2019 Northern Ireland Act), decriminalizing abortion. Until recently, Northern Ireland had held stricter abortion regulations than the rest of the UK, making it illegal in most circumstances.

From November 4 – December 16, 2019, the government held a six-week public consultation as it worked to piece together a new framework for legalized abortion. Notably, 79% of Northern Ireland respondents opposed any change to the country's pro-life laws.

Despite this opposition, the government forged ahead with legislative changes, announcing the framework for them in late March 2020. The changes include:

• Abortions permissible for any reason up until 12 weeks

“Abortion is not in our name,” the group’s Facebook cover photo currently reads. “Repeal Section 9 of the Northern Ireland Executive Formation Act.”

Other sections of its social media pages read: “Our work will not stop until abortion is illegal and unthinkable,” utilizing hashtags such as #RepealSection9 #NotInOurName #HopeNotAbortion and #WeAreThe79Percent.

“We are asking the pro-life people of Northern Ireland, who have time and time again shown their emphatic opposition to abortion, to respond to our Repeal Section 9’ Campaign,” said Smyth. “We need them to email their MLAs (Member of the Legislative Assembly) to ask them to pass legislation to immediately REPEAL this barbaric and inhumane law, which 79% of respondents were firmly opposed to. Precious Life are also calling on people to sign and share their urgent online ‘Repeal Section 9’ Petition which can be presented as a people’s submission in opposition to this barbaric law.”

“Thank you so much Grace for taking a stand!” an Instagram post from the group states. “Let’s keep standing for the protection of every life, and against abortion on demand in Northern Ireland. Because mothers and babies always deserve better than abortion.”

“Thank you Marie!” says another post. “The #79PercentCampaign is showing just how many people believe in life at all stages, and for better support for women facing unplanned pregnancies.”

A post showing signs that read “Not in our Name” states, “Abortion is not in our name. The people of Northern Ireland have persistently voted pro-life, and we celebrate the fact our society is a more colourful, enriched and diverse place because of our pro-life laws. After all, abortion discriminates. Life is not a privilege for the planned or the perfect — it is a right for all. ❤️ Please standing against this discriminatory, extreme and cruel abortion law.”

Smyth said Precious Life would continue to fight for the rights of unborn children, and work to provide life-affirming alternatives to abortion-vulnerable women until abortion becomes illegal and unthinkable in Northern Ireland.

“This is not the end of our fight for unborn children and their mothers,” she said. “We have tragically entered a new phase in this battle for justice, but we will only accelerate our efforts to save babies and their mothers from the destruction of abortion.”

Sarah is a freelance writer & editor with a passion for discipleship. She is the author of Bathsheba’s Responsibility in Light of Narrative Analysis, contributor to Vindicating the Vixens, and contributing editor for The Evangelism Study Bible. She received her Master of Theology Degree from Dallas Theological Seminary. Currently, she and her husband Ben reside in North Texas with their children and frequently find themselves daydreaming of snow and Chicago style pizza. Connect with Sarah at SarahBowler.com.