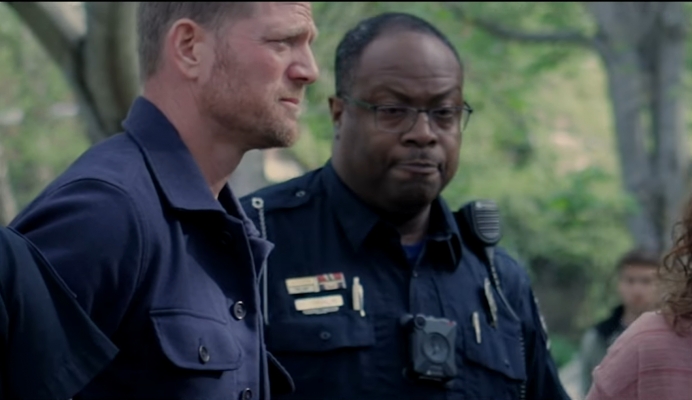 (Live Action) As Americans are urged and even ordered to stay home during the COVID-19 pandemic, pro-life activists have been facing numerous attacks on their right to be outside in front of abortion businesses while following social distancing requirements. To date, six different incidents have unfolded involving pro-lifers and police in the last two weeks.

On Saturday, April 4, in Charlotte, North Carolina, pro-life activists were arrested for allegedly breaking the state’s Stay-at-Home order prohibiting mass gatherings in the midst of the coronavirus pandemic. The activists were outside of A Preferred Women’s Health Center on Latrobe Drive to act as sidewalk counselors and help women choose life for their children instead of abortion.

“This is an unconstitutional arrest,” U.S. Sen. Ted Cruz of Texas tweeted. “@BenhamBrothers exercising core First Amendment rights. PEACEFULLY. In a way fully consistent w/ public safety. Because elected Dems are pro-abortion, they are abusing their power – in a one-sided way – to silence pregnancy counselors.”

The Benham Brothers are well-known pro-life activists who said the sidewalk counselors present on Saturday stayed over six feet apart. They said the pro-life group Cities4Life had just 10 people present. North Carolina’s Stay-at-Home order allows exceptions for outdoor activity with social distancing, and volunteering with organizations that provide charitable and social services. Mass gatherings are prohibited and are defined in the order as “any event or convening that brings together more than ten (10) persons in a single room or single space at the same time, such as […] confined indoor or outdoor space.”

“In a nutshell, [Cities4Life] simply facilitates sidewalk counseling,” David Benham, President of the C4L Board told Live Action News. “We keep it small to be more effective, and we work with our local pregnancy resource centers and their mobile units to provide medical assistance. […] Out team today totaled [four]. I showed up, and the Police targeted me and told me to leave. I explained that I was there as the President of C4L, a Federally recognized 501c3 public charity offering social service support to these mothers, and therefore was within the ‘essential’ business category for NC. I also explained that our organization had less than 10 people there as well (as you can clearly see in the pictures and the videos)… yet they still demanded we leave. When I refused, they made the arrest.”

(2) The sidewalk counselors stayed over 6’ apart and there were less than five of them. Yet this officer selectively enforced the law, even though Cities4Life had less than 10 people pic.twitter.com/dpBfgCSyQD

The Charlotte Observer reported that there were initially over 50 people present outside the facility. According to a news release from the Charlotte-Mecklenburg Police Department, police asked the activists to leave and most did, but there were “12 people who were in violation” and “refused to leave.” Police said they then issued citations but eight of the pro-lifers still refused to leave and were arrested.

The Benham Brothers posted a video of the arrest on Facebook, stating, “Pregnancy care services clearly fall within the bounds of ‘essential’ businesses. And Cities4Life went over and above to honor social distancing laws. In the middle of all this, [two] mothers chose life and have been plugged into the network of care. Some things are worth fighting for.”

Tweet This: “Pregnancy care services clearly fall within the bounds of ‘essential’ businesses ... Some things are worth fighting for.”

On March 26, 2020, pro-life sidewalk counselors from Created Equal were outside Planned Parenthood in Columbus, Ohio, when a police officer stopped them from attempting to help women. Citing the Stay-at-Home order for the state, the officer told them they could not gather outside the facility. After clarifying the rules of the order, the officer allowed the pro-lifers to remain as long as they followed social distancing rules to stay six feet apart and have no more than 10 people gathered at once. Read the full story here.

On March 30, 2020, three pro-lifers outside of Scotsdale Women’s Center and Family Planning in Detroit were met by at least eight police officers who told them they were in violation of the state’s Stay-at-Home order and must leave. After the pro-life activists began to pray, including for the police, some officers bowed their heads, and one by one the officers left the scene. By the end of the day, twin babies were saved from abortion. In the days after the incident, two of the pro-lifers filed a lawsuit against Gov. Gretchen Whitmer and the City of Detroit. Read the full story here.

Pro-life activists from LOVE Life were praying and offered assistance to abortion-minded women outside of A Woman’s Choice abortion center in Greensboro on March 30, 2020. As a non-profit organization, they were permitted to be outside of the home, however, police arrived and gave citations to eight people and arrested seven. The arrested pro-life activists have since filed a lawsuit against Greensboro Mayor Nancy Vaughan and are seeking a temporary restraining order to protect their right to pray peacefully in front of abortion facilities. Read the full story here.

Pro-lifers were outside Planned Parenthood in Milwaukee when the police arrived with four squad cars, threatening to arrest them if they did not leave. The activists were told that religious gatherings must include fewer than 10 people and must be held indoors. However, exempt from the Safer at Home order are “Religious facilities, entities, groups, and gatherings, and weddings, and funerals, except that any gathering shall include fewer than 10 people in a room or confined space at a time and individuals shall adhere to Social Distancing Requirements as much as possible.” The order allows people to be outside while maintaining social distancing guidelines.

On April 3, 2020, three pro-life activists stood six feet from each other outside of Valencia Planned Parenthood for about 15 minutes before police arrived to tell them to leave. The officers issued two warnings to two of the pro-lifers and a citation to the third who had been previously warned to leave. San Francisco is under at Stay-at-Home order, however, there is an exemption for people to be outside as long as social distancing is practiced. Terrisa Bukovinac, president of San Francisco Pro-Life, was present and said their attorneys would be speaking with the police to clarify the details of the order. “We are not going to leave these women to fend for themselves or to be victims of yet another greedy and vicious industry that thrives off of violence and the marginalized,” she said in a video of the incident.

Editor's note: This article was published at Live Action News and is reprinted with permission. Live Action will update the article as more instances of possible discrimination against pro-life activists occur.