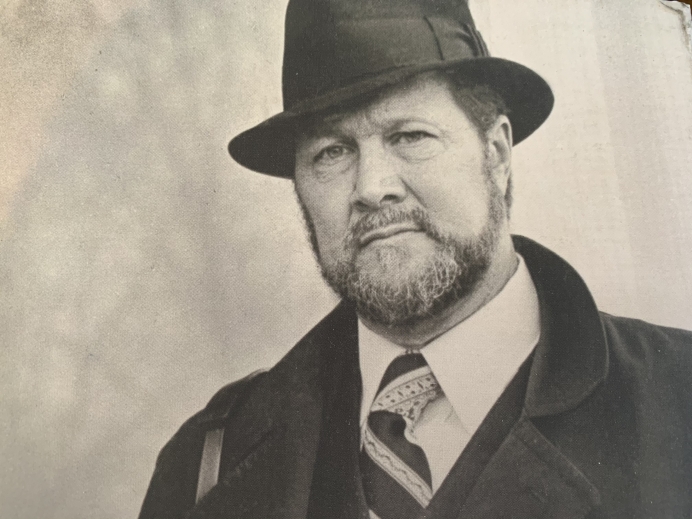 Editor's note: Below we bring you statements on the death of venerable pro-life icon Joe Scheidler, the "Godfather of the Pro-Life Movement,” from the organization he founded, the Pro-Life Action League, and the legal non-profit he helped to found, the Thomas More Society. The statements were provided courtesy of TC Public Relations and are reprinted with permission.:

The Pro-Life Action League is mourning the death of founder Joseph M. Scheidler, widely known as the “Godfather of Pro-Life Activism.” Joe began his life’s work fighting abortion in 1973, shortly after the Roe v. Wade decision, and founded the League in 1980 to recruit and equip pro-life Americans to be a voice for unborn children in their own communities throughout the country and the world. Countless pro-life volunteers and leaders alike credit Joe with having inspired them to join the movement.

“My father’s proudest accomplishment was the pro-life work of those he inspired to take an active role in the fight against abortion, the greatest injustice of our time,” said Eric Scheidler, Joe’s oldest son, who serves as the League’s executive director. “For years, people have been telling me about the talk or protest where they met my father, and how his words and example prompted them to do more than just talk, but to take responsibility for addressing the injustice.”

Tweet This: His proudest accomplishment was the pro-life work of those he inspired .. in the fight against abortion, the greatest injustice of our time

Joe was born on September 7, 1927, in Hartford City, Indiana. After serving in the U.S. Navy as a military policeman at the end of World War II, he earned a bachelor's degree in communications at the University of Notre Dame and a Master’s Degree at Marquette University. He spent eight years in religious life, studying for the Catholic priesthood at St. Meinrad Seminary in Indiana. After discerning that God was not calling him to the priesthood, he served as a teacher at Mundelein College, during which time he chaperoned a group of students on a pilgrimage to march with Dr. Martin Luther King, Jr. from Selma to Montgomery in 1965.

“It’s fitting that my father died on the day when Americans remember the legacy of Martin Luther King,” said Eric Scheidler. “Seeing the impact that regular Americans could have by taking action against racial injustice inspired my father to mobilize Americans in the same way in the fight against the injustice of abortion.” That story and many others from his five decades of pro-life activism are recounted his 2016 memoir Racketeer for Life: Fighting the Culture of Death from the Sidewalk to the Supreme Court.

Joe’s career as a pro-life activist took him to every state in U.S. and countries on four continents, as well as through countless court battles, including the notorious NOW v. Scheidler RICO case, the longest case in U.S. federal court history and the only one to make three trips to the U.S. Supreme Court, including 8-1 and 8-0 rulings in 2003 and 2006 that fully vindicated him. His 1985 book CLOSED: 99 Ways to Stop Abortion, a centerpiece of the NOW v. Scheidler trial, became the manual for pro-life activists throughout the world.

In addition to his pro-life work, Joe was a devout Catholic and daily Mass attendee, history buff with a particular interest in Abraham Lincoln, an accomplished coin collector, and very proud citizen of his adopted city of Chicago, where lived since 1963.

Joe Scheidler died of pneumonia at the age of 93 at 9:45 a.m. on Monday, January 18, 2021, surrounded by his family at his home on Chicago’s northwest side. Joe is survived by his wife Ann, seven children, twenty-six grandchildren, and one great-granddaughter. Funeral arrangements will be announced shortly in his official obituary.

Tom Brejcha, President, Chief Counsel, and Founder of the Thomas More Society, issued this statement today (January 18, 2021) in the wake of the news that 93-year-old Joseph Scheidler, an icon of the pro-life movement, has died:

Joe was our raison d'etre -- the only reason and sole cause for the Thomas More Society's coming into existence. His unduly long, litigious persecution on the part of the National Organization for Women and the nation's abortion industry -- which lasted over nearly three-decades in a landmark court battle, NOW v. Scheidler -- was the crucible in which our Thomas More Society was forged. Joe has recounted the story of his having been targeted and tried under laws intended and designed to shut down organized crime in his 2016 book, entitled Racketeer for Life.

Thomas More Society’s battling to restore respect in law for life, family, and religious liberty was not only born out of the necessity of defending Joe as well as his Pro-Life Action League and fellow activists Andrew Scholberg, Tim Murphy and other nationally prominent pro-life leaders, but it was also inspired by Joe’s own eloquence and activism.  Joe advocated for life by both his word and his deeds.  He would bear prayerful witness as well as provide meaningfully sympathetic and compassionate “sidewalk counseling” outside of abortion facilities, helping to save the lives of countless infants and inspiring so many others to do likewise all over this country as well as abroad. Joe's 1985 book, Closed: 99 Ways to Stop Abortion, was a primer for peaceful yet profound activism designed to combat the violence of abortion, which he bluntly condemned as a grave evil.

Decades of pro-life advocacy, and his ultimate victory in NOW v. Scheidler, earned him the title of “Godfather of the Pro-Life Movement.” His uncompromising commitment to the sanctity of human life has inspired generations and motivated many to move from complacency to militant albeit peaceful protest on behalf of the preborn.

Joe founded the Pro-Life Action League in 1980, which is now led by his eldest son, Eric. Joe's wife Ann was co-founder of our Thomas More Society with Joe and me, and she serves as our Chairman. We shall keep Ann, Eric, their families, all of Joe’s loved ones, and all who will miss him as we do in our prayers at this difficult time.

With the death of Joe Scheidler, the pro-life movement has lost a warrior champion, and we have lost a dear friend. Joe believed in defending the innocent lives of babies in the womb, and this was a lifelong calling that he lived so faithfully to his last breath. We rejoice in the truth that Joe so fully deserved to hear these words, “Well done, good and faithful servant.”

Tweet This: "With the death of Joe Scheidler, the pro-life movement has lost a warrior champion, and we have lost a dear friend"