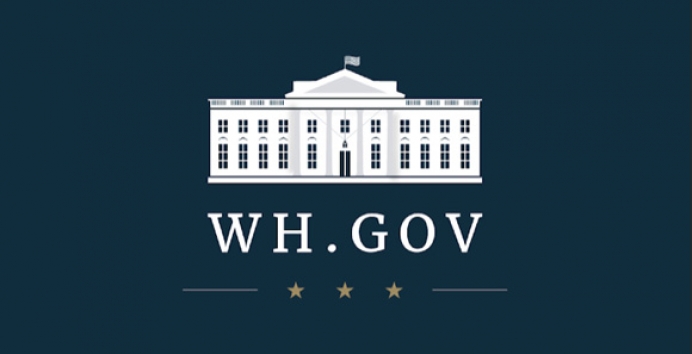 “Every human life is a gift to the world.  Whether born or unborn, young or old, healthy or sick, every person is made in the holy image of God.  The Almighty Creator gives unique talents, beautiful dreams, and a great purpose to every person.  On National Sanctity of Human Life Day, we celebrate the wonder of human existence and renew our resolve to build a culture of life where every person of every age is protected, valued, and cherished,” the Proclamation began.

President Trump further stated his pro-life accomplishments, which included re-establishing and strengthening the Mexico City Policy that prevents international funding of organizations that conduct or promote abortions.  Another accomplishment was the enactment of the Protect Life Rule that denies millions of dollars in Title X federal family planning grants to organizations like Planned Parenthood, which conduct or refer for abortions.

“We are grateful for all President Trump has done to establish ‘a culture of respect for the sacredness of life’ during his first term in office, which is more than any previous president has done for the cause of life,” said Operation Rescue President Troy Newman.  “This is why we named President Trump the recipient of our prestigious Pro-Life Person of the Year Malachi Award.  He deserves our recognition for his efforts to protect life despite enormous push-back from the Abortion Cartel and those who cowardly attempted to maintain the status quo.”

Editor's note: This article was published by Operation Rescue and is reprinted with permission.

Tweet This: ”On National Sanctity of Human Life Day, we vow to celebrate and support every heroic mother who chooses life.”

Every human life is a gift to the world.  Whether born or unborn, young or old, healthy or sick, every person is made in the holy image of God.  The Almighty Creator gives unique talents, beautiful dreams, and a great purpose to every person.  On National Sanctity of Human Life Day, we celebrate the wonder of human existence and renew our resolve to build a culture of life where every person of every age is protected, valued, and cherished.

This month, we mark nearly 50 years since the United States Supreme Court’s Roe v. Wade decision.  This constitutionally flawed ruling overturned State laws that banned abortion, and has resulted in the loss of more than 50 million innocent lives.  But strong mothers, courageous students, and incredible community members and people of faith are leading a powerful movement to awaken America’s conscience and restore the belief that every life is worthy of respect, protection, and care.  Because of the devotion of countless pro-life pioneers, the call for every person to recognize the sanctity of life is resounding more loudly in America than ever before.  Over the last decade, the rate of abortions has steadily decreased, and today, more than three out of every four Americans support restrictions on abortion.

Since my first day in office, I have taken historic action to protect innocent lives at home and abroad.  I reinstituted and strengthened President Ronald Reagan’s Mexico City Policy, issued a landmark pro-life rule to govern the use of Title Ten taxpayer funding, and took action to protect the conscience rights of doctors, nurses, and organizations like the Little Sisters of the Poor.  My Administration has protected the vital role of faith-based adoption.  At the United Nations, I made clear that global bureaucrats have no business attacking the sovereignty of nations that protect innocent life.  Just a few months ago, our Nation also joined 32 other countries in signing the Geneva Consensus Declaration, which bolsters global efforts to provide better healthcare to women, protect all human life, and strengthen families.

As a Nation, restoring a culture of respect for the sacredness of life is fundamental to solving our country’s most pressing problems.  When each person is treated as a beloved child of God, individuals can reach their full potential, communities will flourish, and America will be a place of even greater hope and freedom.  That is why it was my profound privilege to be the first President in history to attend the March for Life, and it is what motives my actions to improve our Nation’s adoption and foster care system, secure more funding for Down syndrome research, and expand health services for single mothers.  Over the past 4 years, I have appointed more than 200 Federal judges who apply the Constitution as written, including three Supreme Court Justices — Neil Gorsuch, Brett Kavanaugh, and Amy Coney Barrett.  I also increased the child tax credit, so that mothers are financially supported as they take on the noble task of raising strong and healthy children.  And, recently, I signed an Executive Order on Protecting Vulnerable Newborn and Infant Children, which defends the truth that every newborn baby has the same rights as all other individuals to receive life-saving care.

The United States is a shining example of human rights for the world.  However, some in Washington are fighting to keep the United States among a small handful of nations — including North Korea and China — that allow elective abortions after 20 weeks.  I join with countless others who believe this is morally and fundamentally wrong, and today, I renew my call on the Congress to pass legislation prohibiting late-term abortion.

Since the beginning, my Administration has been dedicated to lifting up every American, and that starts with protecting the rights of the most vulnerable in our society — the unborn.  On National Sanctity of Human Life Day, we promise to continue speaking out for those who have no voice.  We vow to celebrate and support every heroic mother who chooses life.  And we resolve to defend the lives of every innocent and unborn child, each of whom can bring unbelievable love, joy, beauty, and grace into our Nation and the entire world.

NOW, THEREFORE, I, DONALD J. TRUMP, President of the United States of America, by virtue of the authority vested in me by the Constitution and the laws of the United States, do hereby proclaim January 22, 2021, as National Sanctity of Human Life Day.  Today, I call on the Congress to join me in protecting and defending the dignity of every human life, including those not yet born.  I call on the American people to continue to care for women in unexpected pregnancies and to support adoption and foster care in a more meaningful way, so every child can have a loving home.  And finally, I ask every citizen of this great Nation to listen to the sound of silence caused by a generation lost to us, and then to raise their voices for all affected by abortion, both seen and unseen.

IN WITNESS WHEREOF, I have hereunto set my hand this seventeenth day of January, in the year of our Lord two thousand twenty-one, and of the Independence of the United States of America the two hundred and forty-fifth.