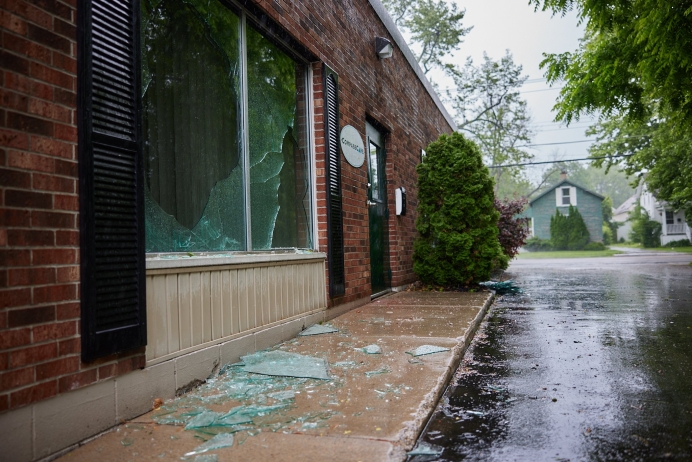 “After talking with our investigators so far, they’ve already provided very valuable insight that we didn’t know. And they do have a track record of identifying terrorists both internationally and domestically,” CompassCare CEO Jim Harden told National Review.

The Buffalo pregnancy center was firebombed on June 7, and the far-left group Jane’s Revenge took credit for the attack, saying, “this was only a warning.”

These centers have voiced frustration that the FBI has made no arrests in the string of attacks on the organizations since the leak of the Supreme Court’s opinion in Dobbs v. Jackson Women’s Health Organization.

.@CarolineDowney_ interviews CompassCare CEO @Rev_Jim_Harden to discuss what his team is doing to fight back against pro-abortion activists and terrorists who are threatening and attacking pregnancy resource centers.https://t.co/HfE4WR1yJchttps://t.co/vHH5NMmxL4

“Security alone at all three of our sites has cost $150,000 this year. In the next budget it will probably cost us an additional $80,000 every year,” Harden added, according to the outlet.

Pro-life pregnancy centers still haven’t received any updates from the FBI since violent attacks were carried out on their sites over the summer, the outlet noted.

Tweet This: CompassCare Pregnancy Services has hired its own investigator to find abortion activists that firebombed the center last June

Several had their windows broken and buildings vandalized and firebombed. Others received threats.

At least 78 pregnancy centers have been attacked since the Dobbs decision was leaked, according to CatholicVote.