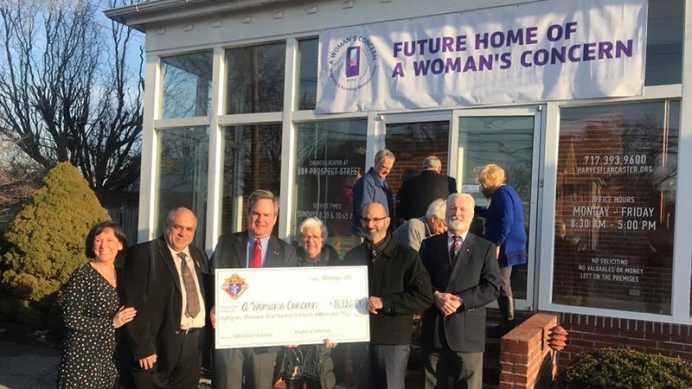 A woman can feel a vast array of emotions as she walks through the doors of a pregnancy center for the first time—fear, anxiety, and shame.

This July, when A Woman’s Concern opens up a new office in the heart of Amish Country—Lancaster, Pennsylvania—the first thing a woman will notice as she walks up to the center will be their purple doors, which are symbols of hope.

“Once you enter those doors, you receive love, hope, compassion, and resources,” Jill Hartman, A Woman’s Concern’s executive director, said. “Radical transformation can happen if you're brave enough to walk through the purple doors. Women facing unexpected pregnancies should be met with hope. So, our doors symbolize hope and new opportunities for the clients that we serve – we meet them where they are at.”

With an increased client load of 35 percent from 2016 to 2017, A Woman’s Concern found itself running out of space. Serving clients since 1972, the pregnancy help medical center simply outgrew their home, even after opening a satellite location two years ago thanks to a generous benefactor.

At the center’s new headquarters, they’ll have the ability to serve three times as many clients with significantly more programs and services.

Tweet This: This pregnancy center hopes to serve 3X as many clients in new HQ in Lancaster, PA. #prolife @WomansConcern

The story of how they found the location is every bit as exciting for Hartman and her team, who’d searched 16 months for a new building before a local church, Harvest Bible Chapel, offered A Woman’s Concern its building.

“They were moving out of their location and they actually never even offered it to anybody else,” Hartman said. “They just really believed in our mission and believed that they would love to see a nonprofit that cared about the things that they cared about in their building.”

A Woman’s Concern hopes to serve more clients like “Angela” in their new building. Feeling overwhelmed and out-of-control, Angela was five months pregnant when her husband left her.

A friend told her about A Woman’s Concern.

In addition to the client services in the main building, A Woman’s Concern’s new headquarters also has a carriage house that will be used for educational and training programs, board meetings, committee meetings and meetings with community partners.

Since officially launching their “Expanding Hope Project” in January, A Woman’s Concern is 75 percent of the way to their $650,000 fundraising goal. The Knights of Columbus was key to their campaign, raising over $80,000 for a new ultrasound machine and dedicated medical space.

A Woman’s Concern has a website for their capital campaign called The Expanding Hope Project. In addition to the website, Hartman and her team is welcoming in the community for tours of the new site. 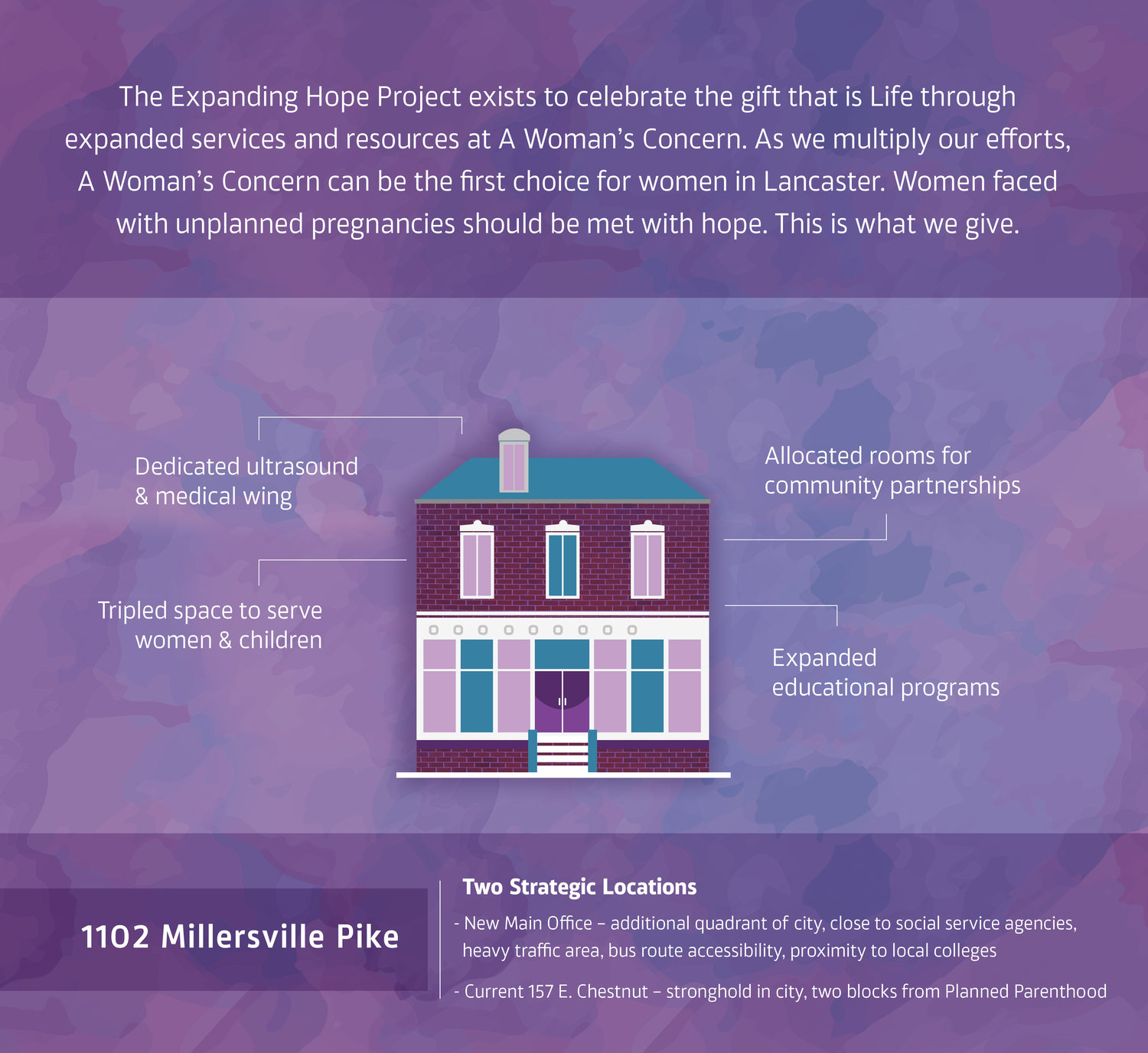 “There's a lot of frustration, for people who are pro-life,” Hartman said. “They pray for pro-life, they pray for the families, but they don't always know what to do, and they want to see local impact.”

Through the new location, A Woman’s Concern is hoping to build a larger volunteer base, expand into more medical services, and add mentoring programs for men.

The location of the new headquarters is a perfect fit for A Woman’s Concern’s needs, Hartman said, with easy accessibility through public transportation and close proximity to local colleges and social service agencies.

“We kept saying the whole way along that we were doing due diligence,” Hartman said. “Can we afford it? Is it the right location? Does that space provide the right space for the expansion of services that we need? And every step along the way, we found partners, and we found validation.

“Not that we're not doing the hard work, but when you keep getting those yeses, you can't help but think that's from God, and that you're meant to do this.”