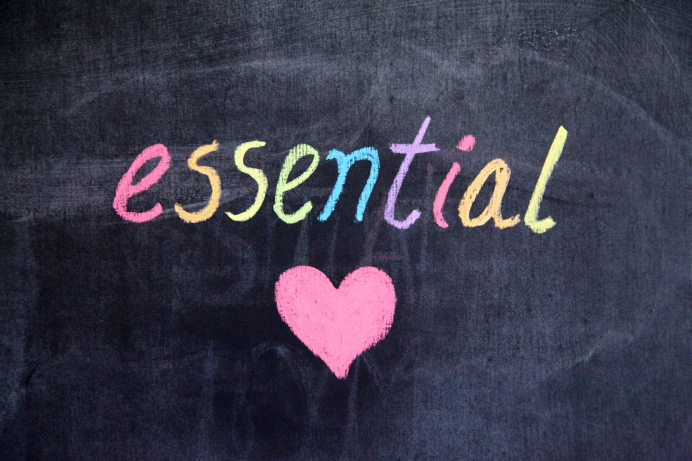 Pregnancy center nurses go above and beyond through extended outreach

Three nurses at True Care Women’s Resource Center in Casper, Wyoming, apply their skills not only at the center but in other vital missions at well.

Volunteer nurse Erin Wesnitzer has assisted patients at True Care for the past few years; however, her association with the pregnancy center began more than 20 years ago when she served on the organization’s board of directors. After raising her two children, she said she “wanted to get back” to helping True Care.

“I have a heart for the unborn, for life,” Erin said. “I like taking care of people, especially children and pregnant women – True Care fulfills that desire.”

Prior to COVID-19, she served in-clinic, helping the nursing staff by running pregnancy tests and conducting health histories; she sometimes also served as a patient advocate. Now, she conducts telehealth appointments, which includes gathering a patient’s initial health history before the woman comes into the center for her in-clinic appointment and scheduling that patient’s in-clinic visit.

Erin’s inner strength, faith, and nursing skills were tested earlier this year when she was called by Samaritan’s Purse to serve in New York City during the spring COVID crisis. Tents were set up in Central Park; Erin served in one of those tent hospitals.

“I served as a ward nurse on the female ward, working the night shift,” she explained. “Being in a tent is unique – there are no bathrooms, just a port-a-potty. Most of the women couldn’t walk very far, so we ambulated patients there, and we, as staff, could only go to the bathroom once during our shift. We had no LPN, so we did everything, including turning and repositioning patients, everything you can imagine regarding respiratory care.”

She and another nurse shared the shift, wearing their PPE for at least 13 hours. Erin had a ‘lunch break’ between two and three in the morning.

“It was quieter then,” she said.

Erin and the other ward nurse attended to patients first coming in for treatment. They served women from various nationalities, including Italians, Germans, Spanish and Middle Easterners. Translators were available if needed, Erin said. She worked with about 50 patients during her four weeks of service.

“We got to know our patients and some of their family members,” she said. “Once they realized how much we cared, that we worked hard, they began to trust us. We prayed with them and gave them the best of care.”

Tweet This: “Once they realized how much we cared, that we worked hard, they began to trust us. We prayed with them and gave them the best of care.”

She said she remains in touch with some of the women she served during the month of April. Four women came to Christ during those four weeks, and one patient died, while “several others” died later in ICU, she said.

After Erin returned to Casper, she self-quarantined in her bedroom for 14 days. She was also able to sit on the porch of her house to enjoy the spring weather returning to the community.

Afterward, she spent another 14 days in her house. Now, she is back to volunteering at True Care, serving as a telehealth nurse.

Amber: From nurse to midwife

Amber Zimmer has served as a part-time staff nurse at True Care for 10 years.

The youngest to graduate from Casper College’s nursing program, Amber expanded her nursing work, becoming a certified nurse-midwife in 2017 after graduating from Kentucky’s Frontier Nursing University. She started her own practice, Divine Women’s Care, in Casper that same year.

“True Care inspired me to continue the story (beyond an initial pregnancy visit),” she said. “I do comprehensive care, including well-woman visits, labor and delivery, and limited obstetrical ultrasound as well as lactation visits.”

Amber knew she wanted to enter the medical field when she was a teenager. Her mother served as a physical therapist, and when Amber’s grandmother suffered a stroke and spent time in the hospital, Amber said she “prayed a lot for direction and discernment,” eventually concluding God was leading her to become a nurse.

“The Lord directed my path,” she said. “I love getting to know the families. I can be an inspiration. I can pray with them and share the Gospel.”

Tweet This: “The Lord directed my path. I love getting to know the families. I can be an inspiration. I can pray with them and share the Gospel.”

Amber sees about 20 clients annually, and she performs 12 to 14 deliveries each year.

Her husband, Will, serves as a nurse for the local corrections facility. Both dream of taking their skills to the foreign mission field once their two daughters are older, she said.

“We would both like to do medical mission work someday,” Amber said.

Rebecca Tharp became a True Care staff nurse in 2009 and the director of the center’s parenting and sexual integrity programs a few years later. She views her work at True Care as a mission field but has her eyes set on international work as well.

“I see True Care as my mission work, but I also want to continue doing international medical missions,” she said.

Rebecca has been to Haiti six times, serving families, women and children.

“I’ve done different things while there, including serving at a special needs orphanage and as a clinic nurse. I assessed their needs, helped fill medications at the pharmacy, de-wormed every patient, and given out soap, toothpaste and toothbrushes, and wash cloths,” she said.

She has also shared knowledge and education with Haitian women on fertility and abortion.

“The abortion pill is legal there and often taken at home,” she said.

Rebecca has helped the poorest of the poor, many of whom walked 50 miles or more for health care.

“People arrived at the clinic at four in the morning, and they would wait all day for their name to be drawn (to receive care),” she said. “It broke my heart because there weren’t enough doctors, and some people who walked 50 to 100 miles would not get the services they needed.”

Tweet This: “It broke my heart because there weren’t enough doctors, and some people who walked 50 to 100 miles would not get the services they needed”

“That’s what drove me to continue my education and get my degree,” she added.

Similar to Amber continuing her education nearly six year ago, Rebecca is now enrolled at the University of Wyoming, looking to graduate with a doctorate degree in May 2022 as a Family Nurse Practitioner.

She and Amber also serve as lactation consultants, helping True Care patients with breastfeeding issues, and they are considering partnering in practice after Rebecca finishes school.

All three ladies view their work, wherever, however and whomever they serve, as work for the Lord.

“My motto is and has been ‘love God and serve his people,’” Rebecca said. “God is stretching me.”

“I believe I’m serving God through being a midwife,” said Amber. “I get to see God’s natural design in birth, and I love being part of that.”

“The biggest thing I learned (while in New York City) was coming to the end of myself,” Erin said.

“I was about ten days in, and I felt like ‘I can’t do this!’” she said. “I had to let go and let God take over. I wrote Philippians 4:13 on duct tape, which I put on my boots to remind myself. That (Scripture) can be applied to work at pregnancy centers, too.”

“I can do all things through Christ who strengthens me.” – Philippians 4:13