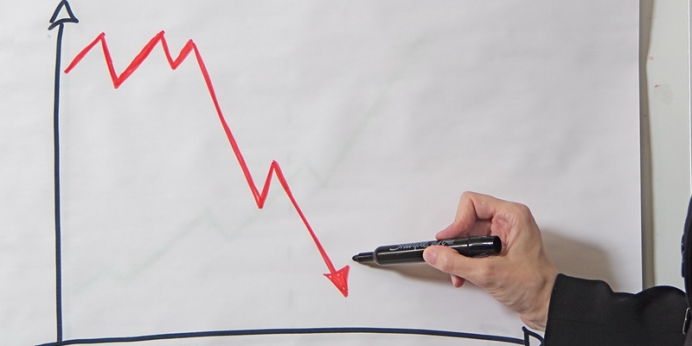 I’m not sure who originally coined the phrase, “There are three kinds of lies: lies, (darned) lies, and statistics.” Mark Twain attributed the words to British Prime Minister Benjamin Disraeli, but no one knows for sure who said them. These words remind us however, of how easy it can be to twist facts in an attempt to make a weak case.

We see this take place on Facebook and other social media daily, where memes pop up with surprising numbers we later find out are distorted, or even made up.

But sometimes, one cannot run and hide from the numbers even when they tell a story of coming irrelevance and perhaps, future failure.

I don’t pretend to know the future of Planned Parenthood, but I do know its most recent Annual Report shows numbers that should concern the abortion giant, and give us cautious confidence at the same time.

Let’s be measured here. This report doesn’t show the breakdown of Planned Parenthood, but there are clear chinks in the armor. And it is possible these cracks will break open in the coming years.

Take for instance, Planned Parenthood’s “total services.” This is where the abortion goliath rolls up every possible service into a whopping number in order to appear credible. For instance, if a client comes in for an abortion Planned Parenthood would count the pregnancy test (1), a possible STI test (1), the abortion (1) and handing out some birth control pills on the way out the door (1) as four services.

Last year’s Annual Report bragged of 10,590,433 such services. But this year? A drop of more than 10 percent, to 9,455,582. This is not an insignificant loss. It’s a biggie. It’s 3,109 fewer “sales” every single day. That’s a loss of 129 every hour. If this was a business, stockholders would be screaming and sales representatives would lose jobs.

While Planned Parenthood may not run to full-fledged panic mode over this number, it has a growing problem. On one front, the videos from the Center for Medical Progress, as Heartbeat International President Jor-El Godsey recently pointed out, have Planned Parenthood fighting against truth-tellers. As a result, Congress voted to defund Planned Parenthood.

While this effort likely won’t survive a presidential veto, think about next year. Another gathering storm for Planned Parenthood are these numbers. What case does Planned Parenthood make for its “vital” services if fewer and fewer choose such services?

And that’s just the “big” number.

Another number? Try 931,589. That’s the number of “emergency contraception kits” Planned Parenthood provided last year. The year before? More than 1.4 million. That’s a 35 percent crash in one year.

Some will say that these drugs are available much more conveniently now, which on the surface sounds like a reasonable explanation. But this misses the overall point: Planned Parenthood is starting its trek to irrelevancy. This is good news. When Planned Parenthood loses its clout, the entire abortion culture loses its loudest, shrillest voice.

Still another number: Planned Parenthood’s number of STI tests fell from more than 3.7 million in 2013-2014 to just over 3.5 million this year. This drop of 193,837 is a drop of more than 500 tests per day. Isn’t it interesting that at the same time pregnancy help organizations are ramping up STI testing, Planned Parenthood’s numbers are declining?

Finally, one more number. Planned Parenthood’s abortion count was 323,399 in this year’s report, down 4,254 from the year before. That’s not a major drop, but combined with the huge fall off in “emergency contraception kits” the abortion giant dispensed (and a drop in birth control dispensation, by the way) something is happening. Fewer want what Planned Parenthood offers. A different culture may be taking hold.

The lesson from this year’s Planned Parenthood report is simple. The abortion giant is slipping from its perch at the top of the women’s services mountain. And Pregnancy Help Organizations are climbing, preparing to depose the giant at the top of the summit.

When will we reach our rightful place as the number one choice for women and men? The numbers tell us it could be sooner than we think.