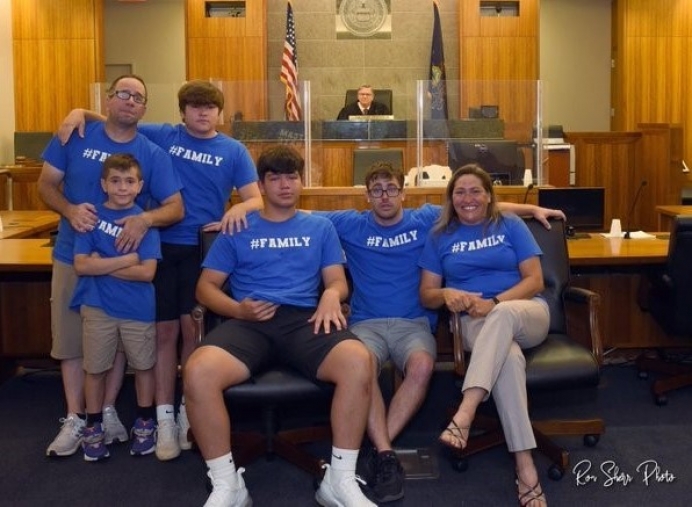 (Human Defense Initiative) Adoption is an amazing life-changing gift. Although the process can be long and painful at times the outcome makes it all worth it.

In a town just 30 minutes north of Philadelphia, known as Bensalem, Pennsylvania, a family was forever changed through adoption on July 13, 2021.

Rita Marlow and Seth Lentchner adopted 16-year-old Nate Ross on July 13, 2021. A day known by many adoptive families and adoptees as “gotcha day.” Gotcha day is the day their family formally adopts them.

The couple met the boy nine years ago through their biological son, who plays soccer.

“We are still a little in shock,” Rita Marlow initially told TODAY Parents. “We keep saying, ‘It’s for real?'”

In 2016, they received news that Nate was taken out of his previous home and had nowhere else to go. Nate’s case manager asked Rita and Seth if they would be willing to foster him at least temporarily. However, a few days later, a call came asking them if they’d consider becoming his foster parents to keep him close to the one thing he loved: soccer.

A day to celebrate. Fifty-two people entered the courtroom to celebrate while more than 100 others were waiting outside.

Tweet This: 52 people entered the courtroom to celebrate while more than 100 others waited outside as a family adopted their son's 16-yr-old friend

“There are just no words to explain how grateful I am for my family,” Rita Marlow stated.

Editor's note: This article was published by Human Defense Initiative and is reprinted with permission.