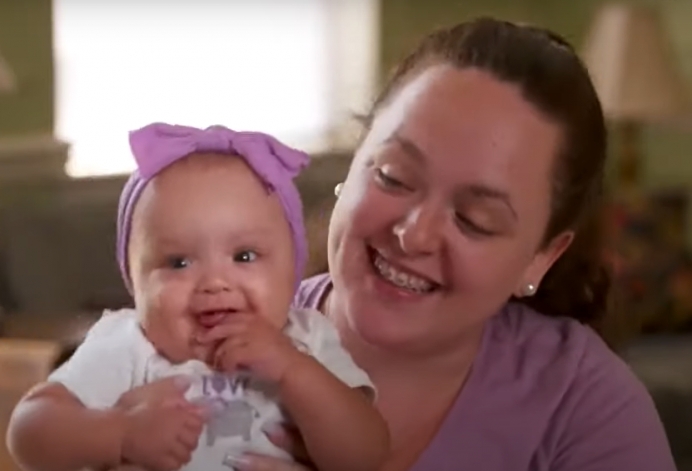 (CNA) Doctors recommended that Randy and Evelyn James choose abortion for their baby. Instead, they started an organization to help pregnant women choose life.

Established in 2006, the Paul Stefan Foundation runs by the motto, “Saving babies, one mom at a time.” The foundation empowers pregnant women and new moms in three key areas by providing safe housing and good nutrition, life skills and training, and quality health care. The organization based in Locust Grove, Virginia, is named after Paul Stefan, a baby that doctors predicted would die before birth. His parents spoke with EWTN News In Depth on Aug. 6.

Evelyn revealed that she was shocked when a doctor recommended that she abort her sixth child, Paul.

“This doctor said, ‘Your baby has a diaphragmatic hernia. Would you like to have an abortion?’” she remembered.

Later on, more doctors advised them to secure a late-term abortion for their little one who was diagnosed with a fatal lung condition. Paul’s parents refused. They chose life – and he miraculously lived 41 minutes after birth before dying.

Randy stressed the joy of meeting his son: “Delivering our baby, holding our baby, kissing our baby, taking pictures, and having our family come in and hold Baby Paul.”

Paul’s name comes from Fr. Stefan Paul Starzynski, a family friend who supported the James family every step of the way. During a healing Mass she attended, Evelyn remembered Fr. Stefan quoting Mother Angelica, the founder of EWTN: “If you are willing to do the ridiculous, God will do the miraculous.”

And that’s exactly what happened.

Inspired by little Paul, Randy, Evelyn, and Fr. Stefan felt called to provide pregnant women and new moms with resources and assistance. That’s when they began the Paul Stefan Foundation.

“When you help one baby and one mother, then you realize, why can’t I help two?” he asked. “Well, how can I help three?”

Tweet This: “When you help one baby and one mother, then you realize, why can’t I help two? Well, how can I help three?”

Today, they’ve helped hundreds as they serve the greater Fredericksburg and northern Virginia regions. One of those women is Samantha Mikelson, who was previously homeless.

“I was literally struggling, just by myself,” she told EWTN News In Depth. She called the James family “very patient” and emphasized that “they meet you where you are.”

Last week, the foundation opened a new home in Orange, Virginia, that can house up to 21 women and their children.

“When they come here, they have everything for them so they can get back on their feet, get their dignity back, and move on,” Randy described.

“The educational program is just another extension of the opportunity that the Paul Stefan Foundation is extending, beyond food and shelter and encouragement,” he said.

Samantha, who now has a beautiful baby girl, praised the program.

It “actually is paying for us to go to school and has a guaranteed internship at the end,” she said. “They’re supplying laptops and everything.”

With more help and support, the James family and Fr. Stefan pray that, one day, they can run homes like this around the country for women in need. They already know they have friends in heaven pulling for them, including Baby Paul.