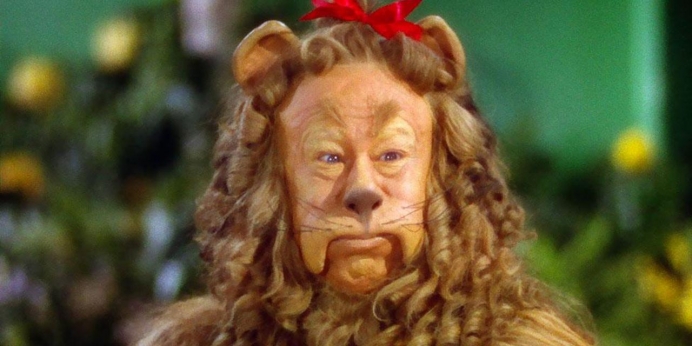 One Virtue a Pro-Life Person Can't Do Without

My two young grandchildren and I had been enjoying time at the nearby park. As we headed out, I hoisted Aviella to my hip while her brother Reuel walked along a few feet away from us.

Another family showed up on the scene with strollers and little children in tow. Accompanying them were two dogs, one of which rushed straight at Reu and slammed its teeth into his thigh.

“That dog bonked me with his teeth!” Reu said. He was not injured, nor was he frightened, because he didn’t know enough to interpret the animal’s behavior as aggressive.

I, on the other hand, was angry and scared.

I took Reu’s hand and kept him close as we marched away, remarking over my shoulder, “Those dogs should be on a leash.”

I wish I’d had more courage.

I wish I’d walked up to the dog owners and said, “Your dog just threatened my grandson. It’s not okay for you to let it run loose.”

Why didn’t I say it? Partly because I wanted to get my grandchildren out of there, away from the dogs—but partly because I’ve been trained by my Christian subculture to “be nice.”

“But the fruit of the Spirit is love, joy, peace, forbearance, kindness, goodness, faithfulness, gentleness and self-control...”

I was taught in Sunday school that the recipe for joy was to put Jesus first, then others, then you (JOY).  I was never given permission to feel emotions like anger or fear.

Tweet This: One thing a #prolife person can't afford to be is a coward. @SusanneMaynes

I was groomed to be a doormat—and the only thing doormats accomplish is to let others walk all over them.

It’s more than just a sad thing to find oneself in this position. Being a doormat is being a coward, and cowardice is a sin.

“Those who are victorious will inherit all this, and I will be their God and they will be my children. But the cowardly, the unbelieving, the vile, the murderers, the sexually immoral, those who practice magic arts, the idolaters and all liars—they will be consigned to the fiery lake of burning sulfur. This is the second death.” –Revelation 21:7-8 (emphasis mine).

Cowards are not in good company, nor do they receive a good inheritance.

If there’s anything a life-affirming individual can’t afford to be, it’s cowardly. We uphold a controversial cause. We keep a difficult, awkward topic on the table. We endure fake client visits and protests outside our doors.

Year after year, we choose to take a stand with our votes, our voices and our vocations.

This is a work not for cowards, but for the courageous.

Its origin and etymology stems from the Middle English corage, from the Anglo-French curage, from quer, or coer, and the Latin cor, meaning “heart.”

Courage means letting our hearts drive us to action no matter what fears we may face.  It’s a virtue, which pro-life people—and Christians in general—cannot do without.

When we observe how the Lord Jesus interacted with others, we see His courage time and time again.

Jesus spoke up for the marginalized instead of siding with the privileged and the powerful. He spent time with undesirable members of society, drawing criticism from religious leaders. He refused to let others, even His family, set up an agenda for Him.

Jesus was kind and compassionate, but He wasn’t “nice.” He was courageous. This is the virtue that best served Him when He faced the garden of Gethsemane and the cross of Calvary.

It’s the virtue that best serves us as we stand for life.

“It will cost us to stand up for the oppressed, and it should. If we’re not speaking out when it costs, then it doesn’t matter to us enough.”

The same truth regarding justice for victims of sexual abuse applies to rescuing the unborn. If our heart is invested, we will speak up. We will reach out. We will pay the price, because this does matter enough to us.

Our heart drives our actions.

Here’s the amazing thing about many who are involved in pregnancy center ministry: we’re more naturally wired to want to extend mercy than fight for justice. We’d rather find points of agreement than argue.

We grow weary of the controversy surrounding the issue of life.

We just want to love people and save lives.

It does cost us to speak out. We pay a high price to do this work. We push ourselves far beyond our comfort zone out of obedience to our Father and compassion for the helpless.

If you’re a mercy-motivated warrior for life, don’t think for a second God hasn’t noticed your sacrifice. Don’t forget He records your tears in heaven, because they matter to Him (Psalm 58:6).

Remember His promises to reward you in this life and the ages to come for your work of faith and love.

As I’ve written elsewhere, “No good deed done by a believer will go unrewarded before God.”

Maybe, like me, you don’t feel very brave. Maybe you wish you were bolder.

Truth is, your willingness to pay the price of doing this work is causing stories of death and despair to be rewritten as stories of hope.

You let your heart drive your actions—because that’s what courage does.