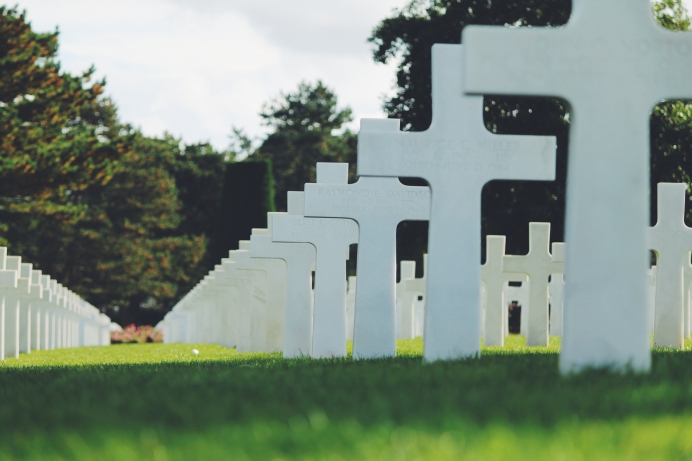 (Washington Examiner) The image of courageous and self-sacrificing healthcare workers draped in garbage bags at Mount Sinai West hospital in midtown Manhattan because of a shortage of personal protective equipment is a horrifying picture for the coronavirus crisis. Despite Gov. Andrew Cuomo’s assurances that all is well, nurses report that a dire shortage puts their lives at risk, and a national call to action has been sent out, asking for donations of lifesaving gear.

One organization not answering the call is Planned Parenthood, which seems to insist that keeping its personal protective equipment to end lives without interruption is more important than contributing to those trying to save lives at the risk of their own.

Putting aside for a moment that it’s not life-affirming for at least one of the people who enter Planned Parenthood's locations, abortion as pregnancy “care” isn’t what New Yorkers really need right now.

As the New York Post has observed: “As basic supplies run perilously short, hospitals need everyone’s help now.” But rather than contributing to the efforts to save vulnerable lives across the country, the nation’s No. 1 abortion vendor is working around the clock, trying to ensure that its business continues without change. In fact, it's used this moment of crisis to lobby for more resources and reduced regulation of its business.

In an incredibly tone-deaf move, Planned Parenthood Keystone even sent out a fundraising appeal for personal protective equipment, asking Pennsylvanians to donate lifesaving gear to its enterprise. In fact, a survey of Planned Parenthood websites from across the country makes it clear that if you think you are suffering from the coronavirus, it does not want to help.

Meanwhile, other companies are shutting down some operations to reconfigure their efforts to manufacture lifesaving gear. Companies such as Ford, 3M, MyPillow, Hanes, and Anheuser-Busch have shifted their resources to create products for those on the front lines. Others, such as Apple and Facebook, have donated personal protective equipment that they had on hand. Governors across the country have grappled with the question of how to distribute resources and medical personnel, labeling some procedures nonessential at this moment in time.

At Students for Life of America, we’ve been rallying supporters and the students now home and displaced by this crisis to contact their governors, asking that lifesaving care and the needs of those on the front lines be prioritized over abortion. In Texas, Gov. Greg Abbott responded to the “public health disaster” of COVID-19 by deciding that nonessential surgeries, including abortion, should cease because “hospital capacity and personal protective equipment are being depleted by surgeries and procedures that are not medically necessary to correct a serious medical condition or to preserve the life of a patient.”

Planned Parenthood’s response wasn’t to contribute to the need in Texas, but rather, to take Abbott to court to stay in operation. And it's done the same in multiple states.

"Gov. Abbott and anti-abortion activists nationwide are forcing a legal and political fight in the middle of a public health crisis," Planned Parenthood Federation of America acting President and CEO Alexis McGill Johnson said. "Elected leaders are expending valuable time and resources exploiting a global pandemic to score political points instead of rallying to respond to this crisis."

But here’s a fact check: Abortion is not the cure to the coronavirus, and the legal fight came from Planned Parenthood.

Tweet This: "Here’s a fact check: Abortion is not the cure to the coronavirus, and the legal fight came from Planned Parenthood"

Every day, Cuomo goes on television to talk about what New York needs, criticizing many who he thinks haven’t done enough. When will he call on Planned Parenthood and the abortion industry to put the needs of the sick and hurting first?

This unique moment in time requires sacrifice from us all, and it’s painful. Healthcare workers deserve our full support as they struggle to save lives. The least Planned Parenthood can do is take a break from its abortion business and contribute to those efforts.

Editor's note: Kristan Hawkins (@KristanHawkins) is the president of Students for Life of America, with more than 1,220 groups on college, university, and high school campuses in all 50 states. She hosts a podcast called Explicitly Pro-Life. This article was published by the Washington Examiner and is reprinted with permission.