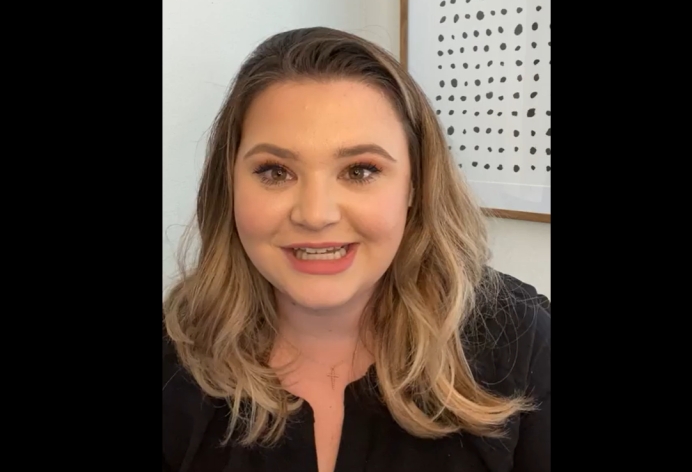 Sitting in her car in a Planned Parenthood parking lot,19-year-old Rebekah Hagan thought about the abortion pill she had just taken.

Immediately she was feeling regret.

"I was thinking that I'd allowed fear to let me compromise what I believed,” she said. “I wasn't thinking clearly; I didn't make a rational decision."

Rebekah looked in the brown paper bag she had been given and saw the second pill that she was supposed to take the next day, which happened to be her older son Eli's birthday.

"From tomorrow on, I'll always think of his birthday as the day his sibling died," she thought.

That was a horrible feeling that prompted Rebekah to start praying and searching on her phone.

The term 'abortion pill reversal' was not widely known then. Only a year before in 2012 had doctors discovered the protocol to reverse the action of the first of the two abortion pills.

Rebekah knew nothing about this, but searched, "I took the first abortion pill and don't want to abort. What can I do?"

She found many women had been asking the same question, and the most common answer was that the process could not be stopped, that it was necessary to take the second pill.

But further down in the responses, Rebekah found Dr. George Delgado, a doctor with abortion pill reversal (APR) listed.

She called the number and got a nurse who explained that the first pill deprives the baby of progesterone, usually killing the baby. The second pill is meant to expel the dead baby, but the new APR procedure to reverse the first pill's action had helped a handful of moms save their babies so far.

"This nurse asked me all sorts of questions about my life and my situation,” Rebekah said. “Planned Parenthood hadn't asked me anything.”

“She gave me the nearest doctor in my area who could give me the progesterone pill and I was told I had the best chance of saving my baby if I got it within 24 hours of the first abortion pill," Rebekah recalled.

After taking the progesterone, Rebekah felt a combination of relief and apprehension. Would her baby live? Would there be any abnormalities?

"Any time I had slight ache or pain I got concerned that I could still lose the baby," she said.

There were no problems, and he son Zechariah was born in 2013. Eli had a baby brother.

“It was going to be a day when I brought one baby into this world and took another one out,” she reflected.

While in college, Rebekah had come across fetal models at a 40 Days for Life display.

"This was all new to me,” she said. “I'd never seen the fetal models before."

She got to talking with a woman involved with 40 Days for Life and they became friends. One day, this woman mentioned that abortion pill reversal (APR) was becoming more widespread. Rebekah shared that she had benefitted from APR herself.

Her new friend asked if Rebekah would be willing to speak about her experience at an upcoming fundraiser for a pregnancy resource center.

"I knew nothing about pregnancy resource centers. I didn't know they existed," said Rebekah.

Not only did she speak at the event, but she also started to volunteer at a pregnancy center herself, while still in school and raising her two boys.

After that talk, Rebekah was asked to speak at a much bigger event - the West Coast March for Life in 2016 - to an estimated 50,000 people. This got her name out in the pro-life community.

With a powerful firsthand experience of how the APR really can and does work, Rebekah's story was in demand. Pregnancy resource centers as well as pro-life organizations were motivated to educate the public on the availability of the protocol, and the crucial factor of obtaining it within 72 hours of the first abortion pill.

In 2018 Rebekah met her husband Kramer Hagan. They have since added daughter Lydia and son Jonah to their family.

As an advocate for APR, Rebekah is now on staff with Heartbeat International, assisting with events and donors.

She especially enjoys taking an occasional call from pregnant mothers inquiring about APR.

Heartbeat now manages the Abortion Pill Rescue® Network (APRN) and its hotline, so it is not uncommon for a young mother to speak with Rebekah after talking with a APRN nurse.

Rebekah shares her experience, which gives hope to these women in the face of fear.

"Sometimes after the APR protocol is started the mother is petrified that she could still lose the baby or that the baby could have abnormalities. Usually an ultrasound calms their fears,” Rebekah said, adding, “I let them know that there have now been over 3000 APR baby saves!"