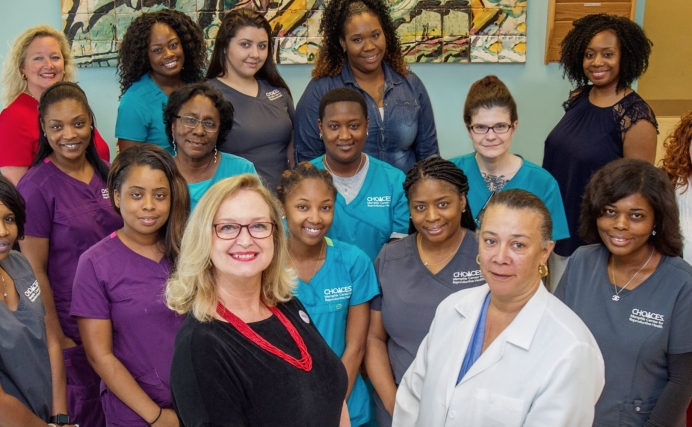 CHOICES Center for Reproductive Health has been aborting babies for over 40 years. Now, they're looking to add a birthing center.

No, Abortion and Childbirth Don't "Belong Under the Same Roof"

Abortion devotees have always had an iffy connection with reality, but whatever tie was between the two seems to be down to its last thread, a fact that made painfully obvious in a recent article published by The Huffington Post, where a trio of abortion profiteers lodged the absurd declaration that abortion and childbirth really aren’t so different after all.

Running under the headline, “From Pro-Choice to Pro-Choices,” the article’s main thrust is summed up in its sub-heading, “Why abortion care and birth care belong under the same roof.”

Lest you assume you’ve already entered some sort of alternative reality, the opening line of the piece, which is written by three employees of CHOICES Center for Reproductive Health in Memphis, Tenn.—an abortion business hauling in $1.5 million a year—may put you at ease.

We’ve been having the same conversation about reproductive rights since Roe v. Wade, and it’s not moving us forward. Pregnancy and abortion care have been separated as issues and services because we’ve let anti-choice zealots dominate the conversation with stigma and shame. Anti-choice movement leaders and politicians have taken control of the narrative, and as progressive, pro-choice advocates, it’s time for us to take back the conversation and move to the next level.

To put all the cards on the table, I’m quite happy to be lumped in with the “anti-choice zealots” deeply committed to the “narrative” that abortion ends the life of a child whereas childbirth—on the complete opposite end of the spectrum—is where an already-living child draws his or her first breath.

As such, I’ll be the first to confess I was waiting on pins and needles to find out what the writers considered to be the “next level” of this conversation. You’ll be pleased, as I was, to find the abortion profiteers-turned-publicists obliging in a subsequent paragraph:

At CHOICES, a reproductive health center and abortion provider in Memphis, we’re doing something radical. We’re opening the country’s first nonprofit clinic to offer fully comprehensive services including abortion care, LGBTQ+ inclusive fertility assistance, transition-related care for transgender people, integrated mental health services, prenatal care and a midwife-led birth center. All of these services, and your right to access them, center around bodily autonomy. At the same time, many of the people who need these services are part of marginalized groups who are constantly subjected to systemic oppression. Abortion, birth, LGBTQ+ family planning, trans health care... these issues are all connected, and the fight for reproductive rights cannot exclude any of them.

To translate, a clinic that has done little more than abort babies for the past 40 years now plans on opening up a birthing center—in 2019, according to a post on the group's website. In other words, women in unexpected pregnancies will only need to wait two more years before an organization calling itself “CHOICES” offers any “choice” besides abortion.

Tweet This: No, @HuffPost, #abortion and childbirth don't belong under one roof. #prolife @hobbnobbin

No word yet on when small, in utero children—the only group left out of the hodge-podge listing above—will be afforded “bodily autonomy” alongside the rest. Elsewhere, the abortionists crow that, “If you’re a lesbian couple, or a single person, or a polyamorous couple, or a trans person, or any person, you deserve information about how and when to build your family.”

Again, only one group missing from this markedly diverse list: the child who loses his or her life, a silent victim of second-hand choice.

While the abortion business’s effort to tack on a birthing center may have more to do with a sharp decline in clientele—abortions in Memphis dropped by nearly 37 percent in recent years—it also ties in with a larger movement of abortion backers attempting to “intersect” abortion with child birth.

Welcome to the Bizzaro Land of False Equivalence. Not only is “up” now “down” and “goodbye” now “hello,” the plainly contradictory goals of abortion and childbirth are now nothing more than interchangeable, indistinguishable building blocks to a happy life.

Of course, in the real world, there’s hardly a need to point out the glaring contrast between abortion and childbirth. The two have as much in common as death and life, black and white, grief and joy.

Back in the real world, where a woman or teenage-girl struggles to find her way during an unexpected pregnancy, what she really needs is someone to come alongside her and walk through a difficult season.

That’s exactly what happened with a 15-year-old girl named Jessica, who went to a life-affirming pregnancy center, Life Choices of Memphis, located just over a mile away from the abortion business and around the block from Planned Parenthood. Though she was afraid and tempted to resort to abortion as her only way of escape, Jessica was able to connect with Life Choices early in her journey.

“Here I was, a freshman in high school without a car or a job,” Jessica says in a video hosted by Life Choices’ Facebook page. “They talked to me about my options and helped me think about the pros and cons of each one.”

Along the way, Jessica decided to place her precious child into the arms of an adoptive family, choosing a couple who had both been adopted as children and were unable to conceive a child of their own.

Today, Jessica works as a client advocate at Life Choices and—because she crafted an open adoption plan—she plays a significant role in her son’s life.

“Every day, I get to sit with women who are facing an unplanned pregnancy, and love them and provide counseling,” Jessica says. ““I was a client as a 15-year-old girl, and now I have my dream job—helping women just like me choose life.”

While the leaders of the Memphis abortion business may truly feel they’re doing something “radical” by planning to offer birth as an “option” in an unexpected pregnancy, it’s clear from stories like Jessica’s that they’re desperately late to the game in their community

Let’s pray that as CHOICES gets its birthing center up and running, its leaders and staff will grasp how radically incompatible birth and abortion really are. And let’s pray that abortion keeps coming out on the losing end in Memphis.