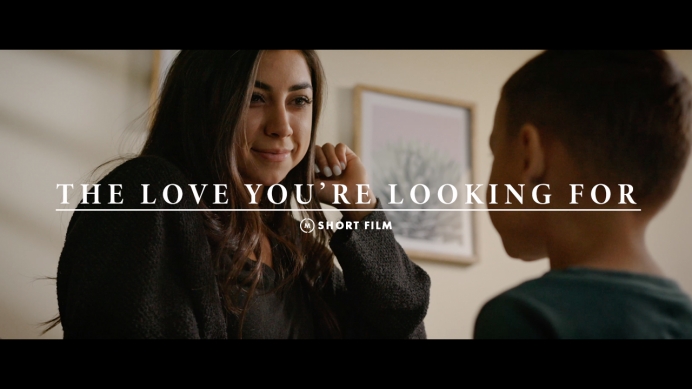 Today alongside John & Lisa Bevere, Messenger International announced the release of a new short film titled "The Love You’re Looking For" with hopes of reaching a broad audience with the message of love. Noting that aggressive language against abortion can sometimes drive post-abortive women to guilt and shame, this film frames the message from a different angle.

In it, the Mother, portrayed by Jeanine Amapola, walks through life as a single mom. As her son grows up, it’s clear he plays a significant role in encouraging and supporting her through the good times and the bad. Yet through all of this, a shadow lingers in the background of their lives. Something haunts the mother. In moments that should be full of joy, something holds her back from truly experiencing the happiness in life available to her.

Tweet This: A short film about an unexpected love. The Love You're Looking For #ChooseLove #ChooseLife #ChooseForgiveness https://youtu.be/Nxw32YlUHpM

"Our goal is for women who find themselves in this place to feel loved, heard, and understood. Unfortunately, however, certain facets of Christian culture have perpetuated the opposite narrative," a representative of Messenger Studios said. "Women who have had an abortion or who have considered having one have been painted as the outcasts of the church. This isn’t God’s heart. Abortion doesn’t disqualify them from the call or love of God or lessen their ability to change the world through the power of their testimony."

Their hope is that the short film goes viral on social media and sparks constructive conversations while providing help to those who need it through resources at the film's website. Understanding that the short film may trigger certain emotions or memories, they provide links to support partners under the categories "Post Abortion," "Pregnant," or "Child."

Connecting with pro-life organizations nationwide, The Love You're Looking For connects women and men to resources such as Heartbeat International's Abortion Pill Rescue Network for post-abortion support, Option Line, a 24/7 pregnancy helpline for pregnancy help, and Embrace Grace for those already with children.

Messenger International's mission is to develop uncompromising followers of Christ who transform our world. Their plan to do this is by providing believers worldwide with access to life-transforming messages, such as "The Love You're Looking For."

"A lot of people don’t realize that abortion has many victims. Every day, thousands of women and men feel an overwhelming sense of loss, imagining there's no forgiveness for themselves. But that’s just not true," the Christian company stated in a press release. "We want to help."