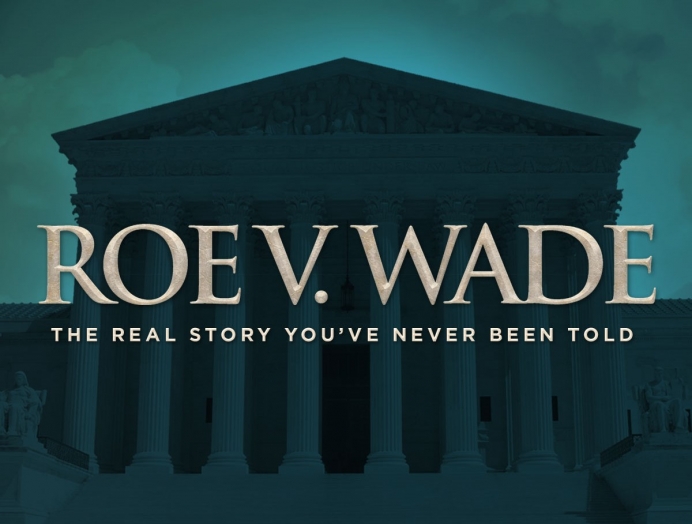 This month a new film, Roe v. Wade, tells the “story behind the story” of the deceit behind the infamous Supreme Court decision.

Tomorrow the soft-spoken man would tell his story to hundreds of Catholic business leaders gathered for their annual conference in Miami. Today he sat in a folding chair on the beach in Florida, humbled by the memory of his sin, and told me all about it — about his leadership in the abortion industry as co-founder of the National Abortion Rights Action League (NARAL), his gradual conversion from “Jewish atheism” to the Catholic faith, and his deep regret for having taken the lives of so many tiny humans. The numbers of women who had died in back-alley abortions, he frankly admitted, were fabricated to garner support for the legalization of abortion nationally.

Tweet This: The #s of women who'd died in back-alley abortions, Nathanson admitted, were fabricated to garner support for the legalization of abortion

In the late 1990s, I was on staff at Legatus, the national organization of Catholic CEOs. Dr. Bernard Nathanson was scheduled to recount his gripping story to attendees at Legatus’ annual summit — how he had become board-certified in obstetrics and gynecology in 1960. After supporting his then-girlfriend in her attempt to obtain an abortion, perhaps to relieve his cognitive dissonance and convince himself that abortion was a great good for women, Nathanson became an abortionist himself. In a misguided attempt to advance “women’s rights,” he headed the Center for Reproductive and Sexual Health, the largest freestanding abortion facility in the world at that time. With activist Betty Friedan and others, Nathanson was influential in the most contentious Supreme Court decision in U.S. history — the case of Roe v. Wade.

But then in the mid-1970s, advances in ultrasound technology allowed Nathanson to watch as an unborn fetus sucked its thumb and acted like a very small human. The doctor who had once been a strident advocate for abortion came to see it as “the most atrocious holocaust in the United States.” In 1984, working with National Right to Life, Dr. Nathanson directed and narrated the film Silent Scream, showing an ultrasound video of a defenseless fetus at 12 weeks as it fights against the abortionist’s tools, and as it is finally dismembered and sucked from the womb.

Dr. Nathanson had joined the pro-life movement, but it was still some time before he abandoned his atheism, recognizing the God who had created those smallest of children and who cared for all of us. After years of study and introspection, at 7:30 a.m. on Dec. 8, 1996, Bernard Nathanson was baptized and confirmed by Cardinal John O’Connor in the crypt chapel of New York’s Cathedral of St. Patrick, and received Holy Communion for the first time.

Nathanson’s story of his infamous beginnings and his eventual conversion to the Catholic faith is told in his autobiography, The Hand of God: A Journey from Death to Life by the Abortion Doctor Who Changed His Mind.

A New Film Exposes the Deception Behind Roe v. Wade

This month a new film, Roe v. Wade, tells the “story behind the story” of how abortion attorneys Linda Coffee and Sarah Weddington lied to Norma McCorvey (aka Jane Roe), the plaintiff in their court case, and how they lied again by convincing the court that she had been pregnant and had been unable to obtain a legal abortion. How Bernard Nathanson had wildly fabricated statistics to expand the number of illegal abortions performed, and the number of deaths attributed to unsanitary and unregulated back-alley procedures. How members of the Supreme Court were not impartial judges, since several of them had members of their own families who worked for Planned Parenthood.

Producers hope that Roe v. Wade will appeal to those who are already opposed to abortion, giving them further ammunition for their fight against killing the unborn in the womb. Beyond that, they hope that the film will cause pro-abortion Americans to reconsider their view, in light of the lies and misdeeds which are brought into the light.

Tweet This: Roe v Wade movie producers hope pro-abortion Americans will reconsider their view, given the lies & misdeeds brought to light by the film.

And besides the well-known actors who depicted the characters in this story, I couldn’t help but spot some familiar faces in some of the minor roles:

Because of the COVID-19 pandemic, many theaters are still closed. For this reason, Roe v. Wade is available on Digital and On-Demand through Amazon Prime, iTunes, Google Play, Comcast, Cox, Dish and more.

Editor's note: Kathy Schiffer is a Catholic blogger. In addition to her blog Seasons of Grace, her articles have appeared in the National Catholic Register, Aleteia, Zenit, the Michigan Catholic, Legatus Magazine, and other Catholic publications. She’s worked for Catholic and other Christian ministries since 1988, as radio producer, director of special events and media relations coordinator. Kathy and her husband, Deacon Jerry Schiffer, have three adult children. This article was published by National Catholic Register and is reprinted with permission.