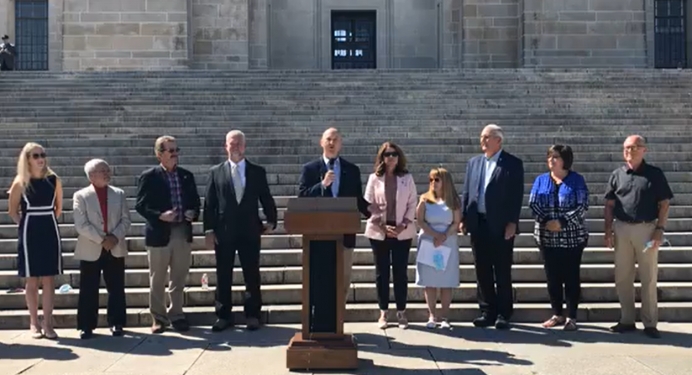 In early March, Gov. Ricketts called for an end to “this horrendous form of abortion.”

Tweet This: "Nebraska is a pro-life state that respects the dignity of human life" - Gov. Pete Ricketts

“We praise Gov. Ricketts and thank him for his unwavering support,” said Carol Tobias, president of National Right to Life (NRLC). “This legislation will help protect living unborn children from the brutal death of being torn apart limb by limb.”

On August 5, the legislature overcame a pro-abortion filibuster. Then, on Thursday, LB 814 passed by a vote of 33-8.

“Nebraska Right to Life Executive Director Julie Schmit-Albin made this a top priority, and we thank her for her dedication and hard work in seeing that this legislation passed,” said Tobias.

The bill bans dismembering living unborn babies. In a dismemberment abortion, an abortionist purposely tears apart a living unborn child and extracts her one piece at a time using clamps, forceps, or a similar instrument.