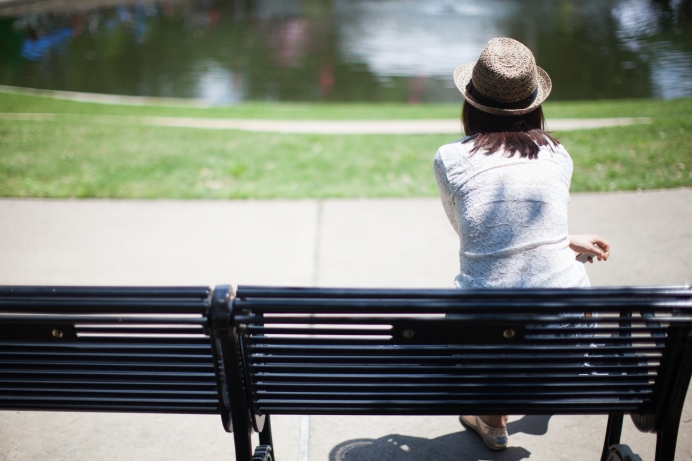 My Mother was Gang Raped, but Heroically Gave Me Life

All my life I was told how special I was to be loved so much by not one, but two sets of parents.

People would ask about my “real” parents, but I knew my adopted parents were my “real parents.” I always knew I was adopted, and like most adoptees, I was too afraid to look for my “birth” parents for fear of hurting my parents. Then, in 1989, with blessings from my parents, I began searching.

The agency facilitating my adoption could not give me “identifying” information, but what they did give me was shocking. While my parents were told my mother had died giving birth, the records said she was 22 and suffered from being “nervous.”

Nervous? What did that mean?

In 2003 my request to a judge for the release of those records was granted. However it was not without resistance from the agency’s social worker that I finally got verbal information.

The agency told my parents my birthmother had died giving birth, perhaps assuming I was “damaged goods.” After talking for about an hour, the social worker said I should know about “the father” if I was going to find my mother. Well, I hadn’t given much thought about him, but that made me curious.

Then, the social worker leaned over like she was about to be sick, grimaced, and said, “Your mother was raped!”

Instantly, I burst into tears for my mom. Next thing I remember, I was sitting in my car crying so hard I couldn’t even see. I heard voices saying, “I told you, you are worthless. God had nothing to do with you. The best thing you can do is to slash your wrists and let all that nasty rapist blood flow out.”

I am a Christian—a strong one. But I have to admit, if I weren’t, I would have taken my own life and never spoken a word. The shame was so tremendous. That’s how the devil works. But he lost big time that day.

I found my birthmother in 2005 in an Alabama nursing home. She’d been praying for me to find her for 48 years, and was still holding a picture of me at three months—a testament to her motherly love for me that was completely separate from how I’d been conceived. I later learned that most mothers feel the same love towards their children conceived in rape.

I was kneeling next to her wheelchair for quite some time before I built up the courage to ask my birthmother how I was conceived. I was totally unprepared for her answer.

“I was walking home from a movie when eight men raped me and left me for dead,” she said.

I burst into tears and put my head in her lap. She patted my head, saying, “Honey, stop your cryin’. I’ve forgiven those men and look what God has done. He’s brought you back to me. God is faithful.”

Watching a woman—my own mother!—who had suffered so much forgive to that degree changed everything. From that moment, I too could forgive. Perspective is everything. My mother is my hero. We had seven wonderful years together before she passed away. She loved me with her whole heart. She was so proud to tell everyone she met about the daughter she had yearned to embrace for years.

As we spent more time together, my mother told me more about her story. Following the gang rape, her own mother had pressured her to abort me— ten years before it became legal in Jackson, Mississippi. In fact, she was pressured in the very place that abortion for rape victims like her became legal on Mother’s Day, 1966—the first instance of abortion legalization in U.S. history.

My mother refused to abort me. And yet, she knew it was not safe to keep me with the way her mother felt.  She would save my life again through adoption and did her best by providing a loving family for me.  I have been blessed many times over to know the love of two mothers and my father. I was a “Daddy’s girl” till the day he died in 2007.

I was never unwanted. I was not unloved. My mother told me I did not remind her of those rapists, but rather, of God’s faithfulness and His gift to her. My mother not only saved my life, but started a legacy. I have two married sons with three children each.

We can count the seeds in an apple but we can’t count the apples in a seed. She never regretted giving birth, even though it meant making the painfully courageous choice to entrust me into the care of an adoptive family.

Juda Myers is founder of CHOICES4LIFE, which exists to promote and restore honor and dignity to women and children of rape conception. Starting in 2011, CHOICES4LIFE’s goal is to educate the world to the value of every human life conceived and to raise awareness of the multitudes living in shame from sexual abuse that isn’t their own. To find out more about Juda, or to contact her for a speaking request, visit www.juda4praise.com.