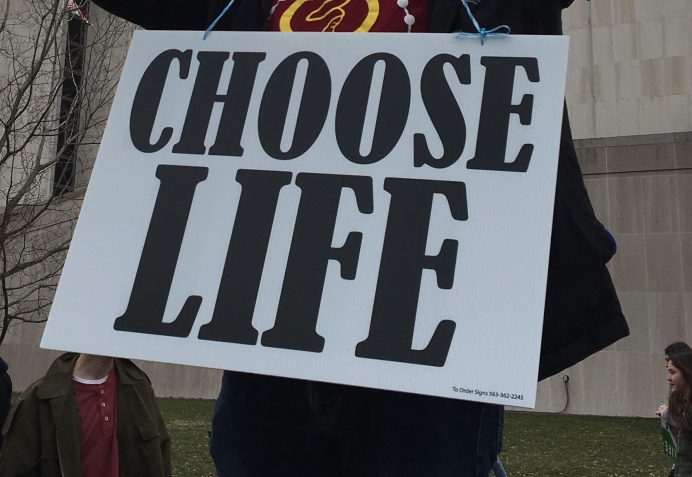 (CNA) Argentina’s digital March for Life May 30 drew 390,000 participants on Facebook alone, according to preliminary numbers from march organizers.

The pro-life effort came on the heels of a promise from Argentina’s President Alberto Fernandez to again push for a bill to legalize abortion in the country’s legislature. That legislation was on the verge of being introduced in March when the COVID-19 pandemic broke out in the country, forcing its postponement.

Current law in Argentina prohibits abortion, except when the mother’s life or health is determined to be in danger, or in cases of rape.

In a controversial move, Fernandez’ appointee as Minister of Health, Ginés González García, issued new protocols on abortion Dec. 12 2019, widening the circumstances for a legal abortion.

The senator said that a 2018 bill that would expand legal protection for abortion in Argentina was defeated in part because of  “a huge number of Argentinians who throughout the country came out to defend their ideas, their rights, to say that in Argentina every life matters and that being born in Argentina should not be a right only for those who are wanted.”

Argentina’s May 2018 March for Life events drew an estimated three million participants in multiple cities across the country.

The 2020 digital march, Elías de Pérez said, can serve “as a new point of departure” helping pro-life groups to “get back on track again, back to work, because we have to take up the fight again.”

The senator lamented that “it is extremely sad, dramatic, that in the midst of a worldwide pandemic, in which we are fighting for people’s lives, it still occurs to a government to send (to the legislature) this kind of anti-life initiative.”

“So what’s important once again is to put our minds and passion at the service of this cause, which is the noblest of all because it means fighting for the preservation of the human race, understood as preserving life in all its stages” she said.

The digital march, which lasted about two hours on Facebook and YouTube, featured the participation of well-known pro-life leaders, including Mexican actor and producer Eduardo Verástegui.

The actor said that in all the pro-life forums he participates in, “the message I always give is to take the word pro-life to its fullest meaning.”

"Of course we have to defend life in the mother's womb, defend the most important and fundamental right, the right to be born, because if you’re not born you can’t enjoy any other right," he said. "But we pro-lifers don't stop there, because after that, who's next? Homeless children, there shouldn’t be one more child on the street, and that depends on us, on everyone,” Verástegui said.

The Mexican movie star also urged eradicating the crime of human trafficking as well as helping teens addicted to drugs and abandoned or abused mothers.

Defending life also means, Verástegui said, doing something for “the lives of the elderly who are abandoned in a nursing home, sad to death because not even their family members come to see them.”

“To be the voice of those who have no voice, to defend those who cannot defend themselves” is to be pro-life,” he emphasized.

Tweet This: “To be the voice of those who have no voice, to defend those who cannot defend themselves” is to be pro-life”

Editor's note: This article was published at Catholic News Agency and is reprinted with permission. A version of this story was first publish by ACI Prensa, CNA’s Spanish-language news partner. It has been translated and adapted by CNA.