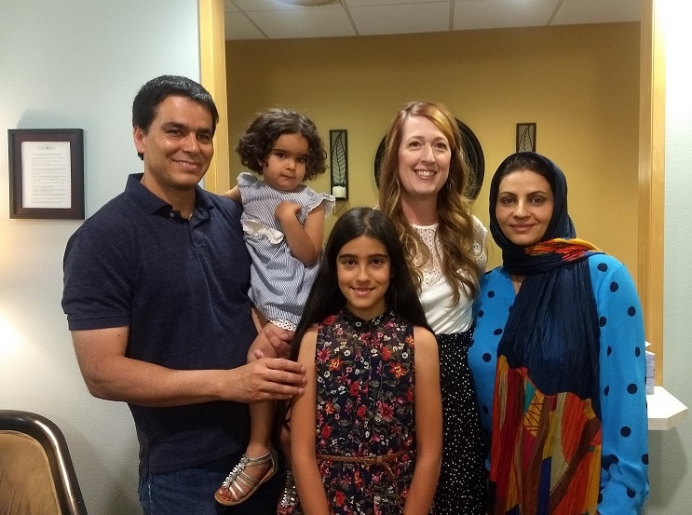 Editor's note: In a state large in land mass such as Montana (nearly 560 miles from east to west and more than 320 miles north to south), pregnancy centers have a lot of ground to cover. Montana has four Planned Parenthood locations, two in Billings, one in Great Falls and one in Missoula. In 2017, 1,580 abortions were reported in the state, though likely not all women were Montana residents, as women from other states, like Wyoming, sometimes travel to Montana to obtain an abortion. Although Montana is often considered a conservative state, its lawmakers, like those in many states, have recently battled over abortion legislation. Outside the state's capital and courthouses, Montana pregnancy centers maintain their respective missions to assist women vulnerable to abortion, and provide services and programs to help them see a life with their child. This is the first in a two-part series covering how Montana's pregnancy centers serve clients across many miles.

Care Net of Missoula serves students, Native Americans and others

Nestled between the rocky, majestic Bitterroot Mountains to the west and the green, forested Sapphire Mountains to the east, Care Net Pregnancy Support Center of Missoula offers women the choice of life in varied ways. From its brick-and-mortar building to a new mobile unit, this life-affirming pregnancy center reaches women in need of medical services, materials assistance and hope.

Missoula, with a population around 74,400, is the second-largest town in Montana.

Located on the western side of the state, the community is the home for the University of Montana, with a student population of nearly 11,000.

During the past few years, Care Net of Missoula has conducted outreach to the students through twice-monthly table visits, end-of-the-semester free coffee and other projects. These endeavors have met little resistance in the town known as the least conservative in the state.

“The students are appreciative of our services,” said Jennifer Hungerford, Client Services Director. “Some stop and take the materials on the table. Others just say, ‘thanks for what you do.’ They are appreciative of people who are caring of them; they want to be heard and cared about.”

A partnership with a local coffee house provided more than 300 drinks for students one semester during finals week. Sadly, that business closed, and Hungerford is looking for another to restart that program.

Another successful collaboration was with Campus Crusade for Christ (now called CRU).

Volunteers handed out roses and candy bars on Valentine’s Day. The items had tags which identified the two groups.

“The students just lit up,” Hungerford said. “We simply connected with them to show them we care.”

Another way of demonstrating care comes through the Sponsor a Student program. This endeavor connects Care Net’s donors with students who are pregnant or have young children.

“People in the community can sponsor a student by providing $100 at the bookstore, with prayer, and giving a care package during finals week,” Hungerford said. “The program has been a great success. They even go above and beyond what’s expected, like giving the students a Mother’s Day gift. It makes a difference to the student, even if the student isn’t a believe.

One father who attends the university has also been sponsored.

Hungerford implemented the endeavor after learning about a similar program happening at Legacy Pregnancy Center in Sheridan, Wyoming.

The Missoula center teamed up with Clear Choice Clinic, a pro-life center in Kalispell, about 120 miles north, to create and purchase a mobile medical unit.

“We’ve been dreaming about this idea for years,” Hungerford said. “There are many people who can’t afford to come to Missoula. Two years ago, we made the decision to do it, and we shared the cost with Clear Choice.”

Representatives from the centers visited other pregnancy resource facilities in California, where mobile units are popular.

However, the difference in weather between southern California and western Montana is vast; therefore, the Montana centers had a unit custom-built by a northern Montana business called Nomad.

Each center has use of the vehicle twice a month, with their own medical staff, volunteer advocate, and driver. Not only was the money raised locally, but the Knights of Columbus councils in Montana and in California helped to fundraise. The Gianforte Family Foundation also assisted with funds.

The impact of this project has already been evident. Not only are small communities 60 or more miles away reached, but during the mobile unit’s first outing in June, a baby’s life was saved.

“The woman was unsure if she wanted to continue the pregnancy,” Hungerford said. “The ultrasound made the difference. Ultrasound changes hearts and minds, whether on the mobile unit or in our building.”

The mobile unit, the first state of Montana, also reaches the Salish and Kootenai tribes. The town of Ronan, located within the reservation, is one of the mobile unit’s stops.

“Thirteen percent of our clients are Native American,” Hungerford said. “We are looking for an opportunity to speak to the tribal elders and actually be on the reservation.”

Along with its material services, Care Net of Missoula provides encouragement and hope, and it’s a message that staff and volunteers share with clients.

“We have a consistent message of ‘you can do this!’” Hungerford said.  “Our message is different from Planned Parenthood – Ours is a message of hope.”

During the past year, that message reached nearly 300 women who came in for pregnancy tests.

Almost 240 had ultrasounds, and more than 265 received STD testing.

Care Net of Missoula conducts a broad range of such tests, some at no charge, others at minimal cost. A major campaign, which included billboards on the major interstate, I-90, even drew in a few out-of-state women, Hungerford said.

“They were visiting Montana, saw the billboard, and decided to get tested,” she said.

Serving women and men where they are, without judgement, but with compassion and kindness, and at little or no cost, separates organizations like Care Net of Missoula from abortion providers.

With a men’s mentoring program, parenting program, materials boutique, medical and other services, Care Net of Missoula offers the hope and encouragement people with unplanned pregnancies need. And there are dreams for expansion.

“We celebrated our 40th year last fall, and I believe pregnancy centers are here to stay,” Hungerford said.

“There will always be a need for faith-based, life-affirming  centers,” she said. “I would love to see us offer more services, like prenatal care. We’ve grown way beyond pregnancy tests and ultrasounds, and I’m excited to see where we go in the future.”