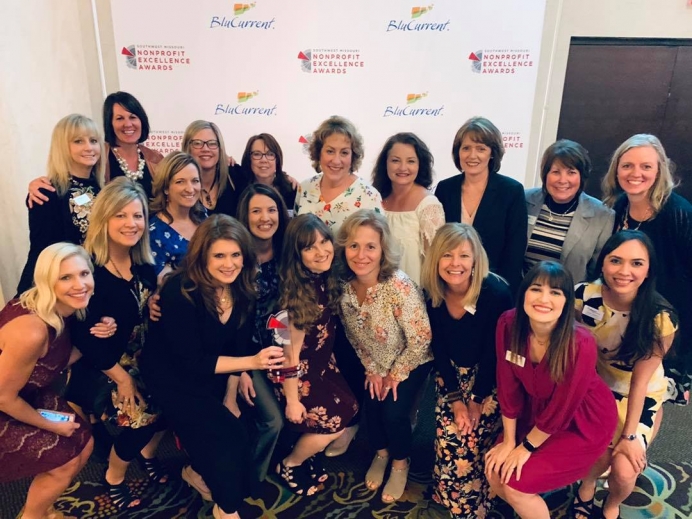 The center started with a group of people in 1996 envisioning a facility that would tackle the 500-1,000 abortions occurring in the Springfield community, according to Cindi Boston-Bilotta, Heartbeat International’s vice president of Mission Advancement.

“The community rallied very early,” she said. “A steering committee formed in 1996, beginning with prayer and then they began to give with time and treasures.”

A building was constructed by volunteers, she added.

While working at the local college at the time and serving on the board to establish the center, a major career change opportunity came Bilotta’s way.

“I got a phone call I wasn’t supposed to get,” she said. “The fingerprints of God were all over that situation.”

Bilotta went on to serve as the center’s director for more than 16 years.

“Many women choose abortion because of life’s circumstances,” she said. “I saw a lot of different pressures and situations – many were unbelievable. Abortion was the primary method they had of dealing with the circumstances.”

Today, Missouri has one abortion provider: Planned Parenthood of St. Louis. That abortion facility is located more than 200 miles from Springfield, a roughly three-hour drive. Abortion clinics in neighboring Arkansas (Little Rock), Tennessee (Memphis), and Kansas (Overland Park) are even farther away. Springfield has the Planned Parenthood Health Center, however, that location doesn’t perform abortions. It does, though, provide the morning after pill.

Serving men became a major objective for Bilotta and the center’s board and staff.

“We had one of the first fatherhood programs in (pregnancy) centers early on,” she said. “I had help from the St. Louis center (and) we hobbled together a fatherhood program. They’ve been growing that program (over recent years).”

“It’s been growing exponentially,” McIntire said. “I think it’s something when fathers take part in a program.”

“We make sure the female clients know the man is welcome – if (the women) choose,” she said. “His reaction (to the pregnancy and ultrasound) is pivotal to if the child takes its first breath. The situation is in jeopardy because she looks to him regarding the pregnancy decision.”

PCC has undergone changes to help men feel welcome. For example, a new web page was designed for men and a special space inside the clinic was created complete with a large-screen TV, a refrigerator filled with soda, and charging stations for cell phones. Additionally, male volunteers are on-site to chat with the guys who come with the pregnant women.

“We try to give these young men the benefit of the doubt. They are scared, and many of them never had a positive role model,” she said.

Two men who have participated in the fatherhood program witnessed the murder of a parent when they were young, McIntire said.

Helping men feel comfortable, not only physically inside the center, but also mentally and emotionally in sharing their stories is an important goal for the PCC staff.

“The personality of the coaches is important,” she said. “They need to be relatable, not preachy.”

Another important endeavor is to reach more women and lower the no-show rate for appointments.

“A staff member dug into that, to find out why the women aren’t coming,” said McIntire. “We discovered transportation was a big issue. We’re on the far south side of the city, so we looked into options. It could take three hours sometimes for some clients to come to us using the bus system.”

After working with an attorney, PCC started partnering with a cab company and began to see a positive effect.

“The receptionist sets things up between the client and the cabbie. Women are told the guidelines – the cabbie waits 10 minutes, and if she doesn’t show, the cabbie leaves. They understand the parameters.”

Potential patients are given two chances.

“We give them some grace,” said McIntire.

Another change has come in the form of classes, including shortening some and offering new topics. For example, instead of classes being two or three hours long, many have been cut to an hour or two. Additionally, many classes are offered online, and new topics, such as anger and stress management, have been added.

Twenty years of serving the community of Springfield with important services has not gone unnoticed. PCC, with a staff of 15 and nearly 65 volunteers who serve each week, partners with other healthcare groups in town, including Jordan Valley Community Health Center, Cox Health, Springfield-Greene County Health Department, and Mercy Hospital, as well as the organizations of Springfield Dream Center and Diaper Bank of the Ozarks.

Last month, the organization received a national honor – selected as Great Game™ of Business All-Star Champion in the non-profit sector. According to PCC’s website, “Our initial goal was to make PCC more financially sustainable so we could continue to fulfill our mission of saving lives and strengthening families. We also desire to be excellent stewards of the resources God and our community partners entrust to us, and Great Game™ provided the perfect framework for greater accountability and transparency.”

As PCC moves into a new year, the mission remains the focus for the leadership, staff and volunteers.

“We plan to continue to strengthen families and save lives,” McIntire said.

Tweet This: “We plan to continue to strengthen families and save lives”- Pregnancy help leader