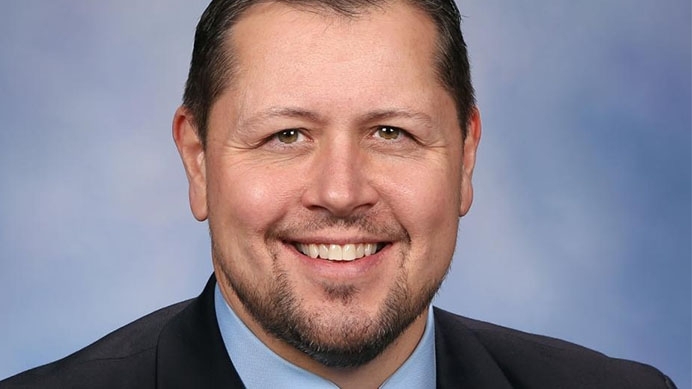 State Rep. Brian Elder betrayed pro-life Michiganders in the pursuit of a House leadership role, attacking pregnancy help centers along the way. Yet despite his new allegiance, he won't be serving in any leadership role in the next legislative session.

We teach our preschoolers to do what’s right even when others are doing wrong. We tell our middle schoolers to befriend the lonely classmate even if other classmates will think they’re weird. We desperately hope our teens won’t fall prey to peer pressure and make poor choices. But this desire to stray from what we know is right in the face of others who disagree is never something we outgrow.

In 2016, the Right to Life of Michigan Political Action Committee (RLM-PAC) endorsed Democratic candidate Brian Elder as a 100 percent pro-life candidate. He filled out a questionnaire stating his pro-life views, and he went through an interview with local PAC volunteers who found him to be genuine. His victory in the primary against a pro-abortion Democrat was a bright point in terms of teaching other pro-life Democrats that their courage can win the day. Rep. Elder even met with us, earnestly hoping to recruit more pro-life Democrats to help us see a day when both major parties respect the value of every life.

However, less than two years later, Rep. Elder refused the RLM-PAC endorsement for the midterms (in a very politically-calculated manner), claiming RLM has become too political. Although he assured dumbfounded people that he still personally held pro-life views, he also made it clear that he had "absolutely no plans to do anything substantive on the issue."

After winning his unopposed primary, Rep. Elder introduced legislation which would have severely handicapped many pro-life pregnancy help centers in a substantive way. His unconstitutional legislation would have forced these nonprofit help organizations to deface their own advertisements with disclaimers. In other words, any pregnancy center advertisements would have to be accompanied by more disclaimers than messaging.

On top of this shocking reversal, just this past October, Rep. Elder wrote a letter to Planned Parenthood stating he would vote with his 100 percent pro-abortion Democratic caucus members on abortion issues.

Rep. Elder went from being enthusiastically pro-life, to criticizing RLM for engaging in politics and not doing enough to help pregnant women, to leading an unconstitutional attack on non-political nonprofits whose sole mission is helping pregnant women. This drastic flip was obviously aligned with Rep. Elder’s campaign to be the Speaker of the Michigan House, despite his denials. In his ambition to become speaker, Rep. Elder abandoned his beliefs.

The National Democrat Party sadly endorses abortion-on-demand throughout all nine months of pregnancy in their platform, so, as a Democrat, standing up for life takes great courage these days. However, lacking great courage is not an excuse to take the easy path to get what you desire.

Rep. Elder said he’s personally pro-life. He knows that abortion ends a child’s life. But he also knows that, among Democrats, being pro-life isn’t what many of his peers are doing on the state level. Doing what is right in front of peers who disagree is hard, but it is still right.

RLM-PAC endorsed 11 Democrats in the midterm elections this year. That’s 11 individuals who are swimming upstream for what is right; individuals who have the courage to fight for what they know is right, even in the face of opposition. Their courage is honorable.

Republicans maintained control of the Michigan House in the 2018 election, ending Rep. Elder’s hopes to be Speaker. Despite asking for support from Planned Parenthood, Rep. Elder didn’t even get a minority leadership position in the House.

Was walking away from what he believed in worth the result?

Ultimately, elected offices and news headlines only last a little while—quickly replaced by the next candidate and the next story. Your courage and your word lives longer than your personal ambitions; they last forever in the impact you have on the world.

Tweet This: “Your courage & your word lives longer than your personal ambitions; they last forever in the impact you have on the world." @Right_to_Life

Let’s set an example for all to see and stand for life, especially when it takes great courage. Let’s continue to support those who show great courage.

Editor's Note: This post originally appeared as The Price of Prolife Courage on the Right to Life of Michigan Blog.