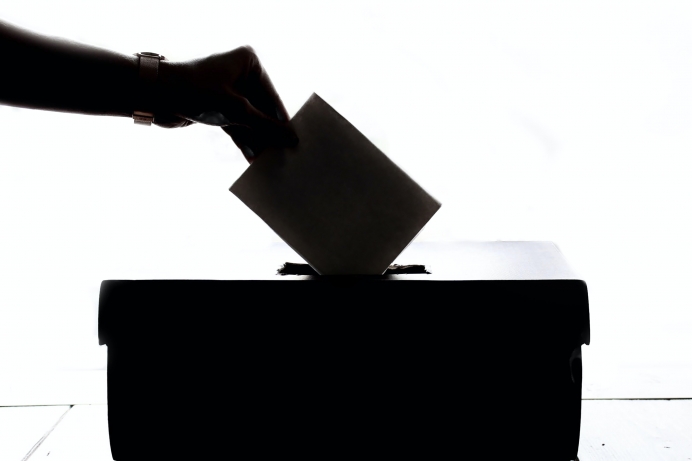 (CNA) Voters in Louisiana will decide Nov. 3 on a constitutional amendment, authored by a pro-life Democrat, which would prevent Louisiana’s courts from finding a “right to abortion,” or to public abortion funding, in the state’s constitution.

Under Amendment 1, also known as the “Love Life Amendment,” the Louisiana constitution would be updated to state that “nothing in this constitution shall be construed to secure or protect a right to abortion or require the funding of abortion.”

Tweet This: Amendment 1, or the Love Life Amendment, would exclude a “right to abortion” or to public abortion funding in the state’s constitution.

State Senator Katrina Jackson, a pro-life Democrat, authored the amendment when she was a state representative, along with dozens of co-sponsors from both parties.

The purpose of the amendment, Jackson wrote in an op-ed last week, is to ensure that the state’s courts cannot circumvent the state’s existing pro-life laws by finding a right to abortion in the state’s constitution.

This situation has already occurred in 13 other states, most recently in Kansas, despite the fact, Jackson notes, that “the word abortion can’t be found in the Kansas Constitution.”

“It’s important to understand that Amendment 1 is not a ban on abortion. It simply keeps abortion policy in the hands of our legislators rather than state judges,” Jackson wrote.

Louisiana already has a “trigger law” that would ban abortion in the state— with some exceptions to save the life of the mother— should the Supreme Court overturn Roe v. Wade.

“Our body of pro-life laws ensure that women are empowered with the truth about their pregnancy prior to an abortion, that minors seeking an abortion have parental consent, and that babies born alive following a botched abortion receive immediate medical care. Our law also makes sure that not a dollar of your state tax dollars fund abortion. Yet these laws and others are at risk unless we pass Amendment 1,” Jackson said.

Kristen Day, Executive Director of Democrats For Life of America, noted that over a dozen states have introduced proposals to write explicitly a “right to abortion” into their state constitutions.

In May 2019, Vermont’s legislature advanced Proposal 5, which would write a right to abortion into the state’s constitution. Before this can happen, it must be passed once again by the 2021-2022 legislature, and be approved by voters in the November 2022 election.

If the measure passes, Vermont would become the first state to list abortion as a constitutional right.

Louisiana's proposal would do the opposite, and would prevent the state's courts from finding a right to abortion or abortion funding in the future, Day said.

"Louisiana's a very pro-life state— nobody wants public funding of abortion, so if the legislature flipped and somebody wanted to try to fund abortion with state money, it would be clear that that is not constitutional,” she told CNA.

Tweet This: "Louisiana's a very pro-life state— nobody wants public funding of abortion."

“Large majorities of people oppose public funding of abortion. And so to have those protections in there is important," she said.

"We're very hopeful that it will pass, and send a strong message to the rest of the country.”

Sophie Trist, a recent college graduate and activist with Democrats for Life, wrote in an Oct. 22 op-ed in The Advocate, a Baton Rouge daily, that Amendment 1 is consistent with Democratic principles, and that it will protect the will of Louisianans, at least 63% of whom identify as pro-life.

“A so-called right gained at the expense of another living human being is no right at all. I'm voting yes because killing another human being, no matter their circumstances, is never social justice,” she wrote.

Trist, who is blind, wrote that an abortion supporter once told her that she should favor abortion because it prevents disabled people, like her, from being born into suffering. “Sadly, I'm all too aware of how society often views those of us who are less developed, physically weaker, or less able-bodied, as less human,” she wrote.

“I had always respected a pro-life ethic before, but this encounter made me even more passionately pro-life because I know that every human life, including mine and those of unborn children in the womb, is worth living and worth protecting. The fact of the matter is that I love my life and am grateful to have been born,” she wrote.

Jackson also authored a bipartisan Louisiana law requiring that abortion clinics be held to the same standards as surgical centers, which the Supreme Court threw out in June.

Four justices ruled in June Medical Services, LLC v. Russo that Louisiana’s requirement that abortion doctors have admitting privileges at a local hospital would have made it “impossible” for abortion clinics to comply, without offering a significant health benefit for women. Justice Stephen Breyer authored the opinion, and Chief Justice John Roberts concurred to tip the court’s balance 5-4 against Louisiana’s law.

The Unsafe Abortion Protection Act, as Jackson’s law was known, received widespread support from both parties in the state legislature and was signed into law by then-governor Bobby Jindal (R) in 2014.

In Kansas, an effort during February to place a referendum on the Kansas ballot clarifying that abortion is not a constitutional right fell four votes short of the support needed in the House of Representatives.

The push for the referendum was instigated in 2019 after the Kansas Supreme Court blocked a 2015 law banning dilation-and-evacuation abortions, which are the most common procedure for second-trimester abortions and use suction devices and other equipment to dismember the fetus and remove it from the mother’s womb.

As part of the ruling, the Kansas Supreme Court determined for the first time that provisions of the state constitution dating back to 1859 extends to a “natural right of personal autonomy” regarding abortion.

The federal Hyde Amendment bars federal funds for abortions except in cases of rape, incest, or life endangerment. Presidential candidate Joe Biden has said that he no longer supports the Hyde Amendment and would repeal it if he is elected.

At least 16 states currently use their own funds to pay for additional abortions outside of those conditions.