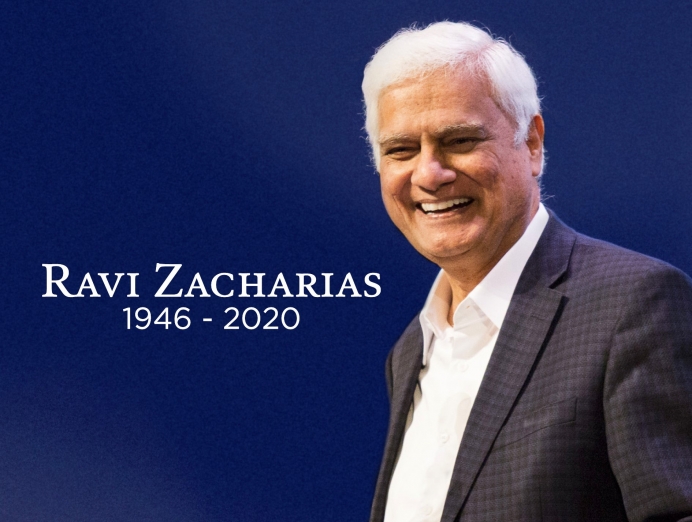 Editor's note: Heartbeat International and Pregnancy Help News mourn the loss of Ravi Zacharias, one the most profound and influential Christian leaders of our time. Zacharias spoke at Heartbeat's annual conference in 2014, offering words of encouragement to the pregnancy help community that are still pertinent today: 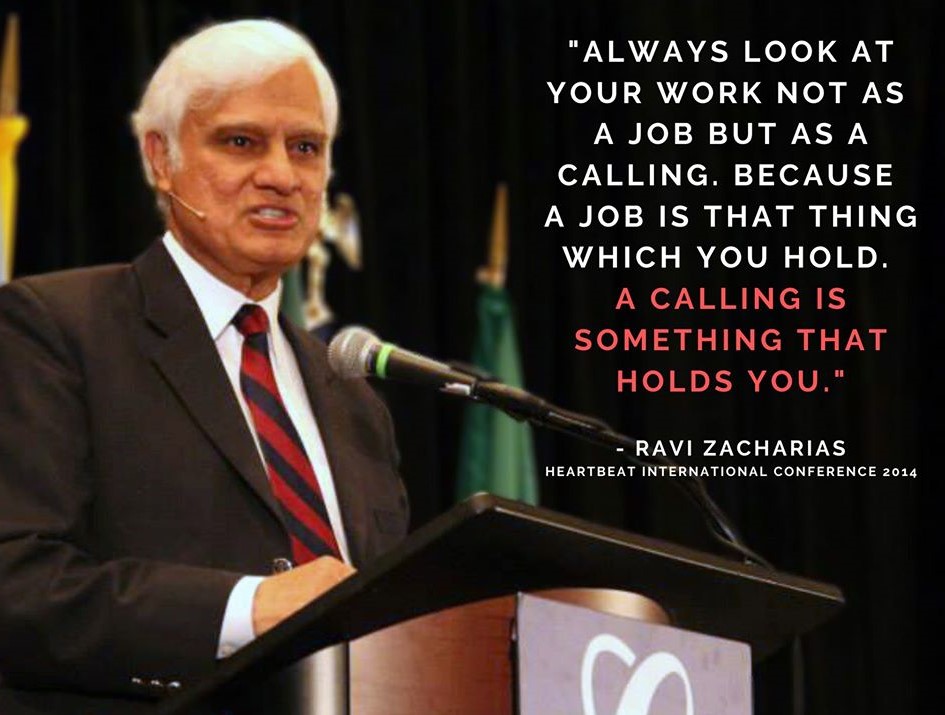 "When I listen to what you all do, how you do it why you do it, the diligence, the perseverance, the sacrifice with which you are committed to this cause, all I can say to you is I have absolutely no doubt that you will get the divine accolade, “Well done,” when you meet in the presence of God.

I firmly believe in what you stand for. This is very dear to my heart. Thank you for what you’re doing."

The following article was published by Live Action News and is reprinted with permission.

(Live Action) Ravi Zacharias, a renowned defender of the Christian faith, died on May 19, 2020, at the age of 74 following a short battle with an aggressive form of bone cancer. Zacharias was raised in a Christian home but was an atheist until a suicide attempt at age 17 changed his entire worldview. His daughter Sarah Davis, CEO of Zacharias’ apologetics ministry, Ravi Zacharias International Ministries (RZIM), wrote in a post on the ministry’s website:

It was his Savior, Jesus Christ, that my dad always wanted most to talk about. Even in his final days, until he lacked the energy and breath to speak, he turned every conversation to Jesus and what the Lord had done. He perpetually marveled that God took a seventeen-year-old skeptic, defeated in hopelessness and unbelief, and called him into a life of glorious hope and belief in the truth of Scripture—a message he would carry across the globe for 48 years.

Zacharias’ obituary tells in part about an invitation he received from Rev. Billy Graham to speak at a conference in 1983:

In front of 3,800 evangelists from 133 countries, Zacharias opened with the line, “My message is a very difficult one….” He went on to tell them that religions, 20th-century cultures, and philosophies had formed “vast chasms between the message of Christ and the mind of man.” Even more difficult was his message, which received a mid-talk ovation, about his fear that “in certain strands of evangelicalism, we sometimes think it is necessary to so humiliate someone of a different worldview that we think unless we destroy everything he holds valuable, we cannot preach to him the gospel of Christ… what I am saying is this, when you are trying to reach someone, please be sensitive to what he holds valuable.”

We are eliminating children by the millions. I shudder to think of what has happened to our reasoning. #RaviUtah #abortion #prolife

Tweet This: "We are eliminating children by the millions. I shudder to think of what has happened to our reasoning" - Ravi Zacharias on abortion

On the Ravi Zacharias International Ministries (RZIM) website, multiple authors have discussed the issue of abortion, and Zacharias himself spoke on this issue, seeing it as part of Christian apologetics.

In a video posted by Students for Life of America, Zacharias recalled speaking to a woman who called in while he and astrophysicist Dr. Hugh Ross were recording a radio program at Ohio State University. He noted that the woman was angry, and brought up the subject of abortion on her own:

A woman phoned rather angrily… I know why she was upset… [and] she brought up the abortion issue.

I said, “Alright, then respond to me this way… Many times I stand on a university campus and somebody gives me an illustration like this: A plane is in midair, suddenly it crashes seemingly for no reason. It explodes, and strangely 10 people live, 70 people die. It’s an act of God according to the proverbial usage. And people say to me, “What kind of a God is this? 70 die, 10 live. God is immoral in doing that.”

If you don’t know where your two-year-old boy is on a farm, would you go around with your pitchfork jamming it into a haystack to see if he’s hiding there?

… It’s a very treasured thing that this life is so sacred and so vulnerable. It is not the mother’s life. It is not the father’s life. Geneticists tell you that from the moment of that conception, this was a brand new entity. I do not know of geneticists anywhere who have said this is not a life. This is a completely different entity. I think what the world has to answer is, what are we going to do if that is a life, and we are taking them up by the millions? What are we going to do if that is indeed a life, and we are destroying them by the millions? Now, somebody can then turn around and say, “Ravi, this is a pluralistic society. You have no right to impose your ethic on me.”

I accept that statement in 99 out of 100 times; where I have the quandary is this: if indeed my responsibility in life is to guard the sanctity of another life, ought not I do my best to protect that life, too? As difficult as that is—and I know it’s a divisive statement—I will do everything in my power to talk to every human being about the sanctity of that life.

Ravi Zacharias is survived by Margie, his wife of 48 years, and his three children, Sarah, Nathan, and Naomi, along with five grandchildren. His vigorous defense of the Christian faith, kindness, and humble spirit will not be forgotten.