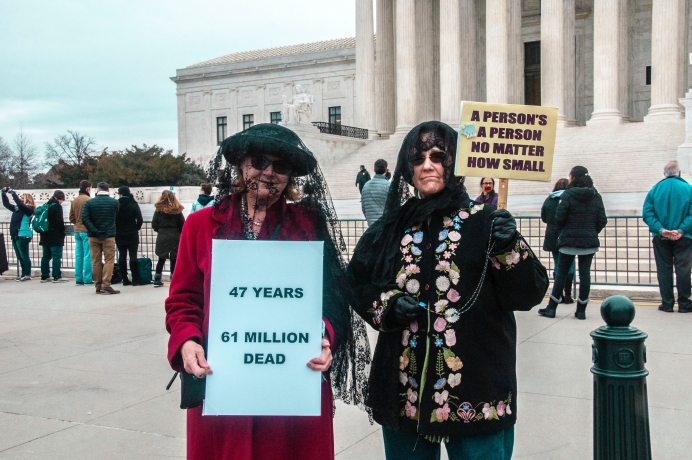 Is it truly life or death?

(Life Issues Institute) During an interview with NPR, Alexis McGill Johnson, acting president of Planned Parenthood, announced the group’s endorsement of Joe Biden and said, “This is literally a life and death election.”

McGill Johnson went on to list reasons why they oppose the reelection of Donald Trump.

Did the comment made by Planned Parenthood’s leader regarding the presidential election reflect fact or was it political hyperbole?

Look at the evidence…

Here is an objective look at the public record of the President as it relates to McGill Johnson’s comment.

As President, Mr. Trump has:

Made 197 judicial nominations, including two Supreme Court justices, 51 U.S. Courts of Appeals judges, and 144 District Court judges, which have been confirmed.

Issued a rule exempting private employers and educational institutions from providing abortifacient drugs in insurance plans if they have sincerely held religious beliefs or moral objections against them.

The Department of Health and Human Services (HHS) Created the Conscience and Religious Freedom Division within the Office for Civil Rights that works to protect health care professionals who do not want to participate in abortion.

Cut Planned Parenthood’s tax funding by up to $60 million.

Canceled a contract for taxpayer-funded research that utilized body parts of aborted babies.

Granted Texas a Medicaid waiver to fund the Healthy Texas Women program which does not include Planned Parenthood, reversing an Obama administration decision.

HHS announced it would act against California for violating the Weldon Amendment by discriminating against organizations that do not cover abortion in their health care plans.

Finalized a new rule to clarify that the federal definition of sex discrimination under Obamacare (ACA) does not include abortion, which reversed an interpretation of the Obama administration.

Life Issues Institute’s tax status prevents us from advocating for or against a political candidate. Therefore, in this context we will leave you to answer the question of accuracy regarding Alexis McGill Johnson’s statement:

“This is literally a life and death election.”

Tweet This: In the context of Trump's pro-life record, Planned Parenthood's statement: “This is literally a life and death election” bears consideration