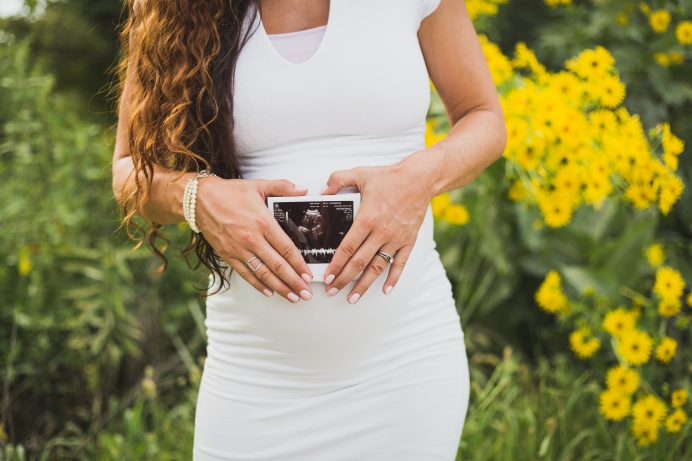 (LifeNews) The new Illinois law allowing abortions up to birth faces its first legal challenge — in part because it forces Christians to fund abortions.

As LifeNews reported this Spring, Illinois Gov. J.B. Pritzker signed a law allowing abortions for any reason up to birth and forcing every state insurance plan to cover them. That last part is what is earning the law its first legal battle.

Today, the the Thomas More Society filed a complaint against Illinois’ Reproductive Health Act with the U.S. Department of Health and Human Services Office for Civil Rights. The pro-life legal group told LifeNews it is bringing the challenge because the new Illinois law requires health insurance policies to cover elective chemical and surgical abortions.

According to the complaint, this mandate — which compels businesses and individuals to pay for even late term abortion coverage and offers no religious exemptions — violates the federal Weldon Amendment and Affordable Care Act

“This abortion-coverage mandate is a blatant violation of the religious and conscience rights of many who live or work in Illinois,” explained Thomas More Society attorney Michael McHale. “While the secular forces behind this mandate often erroneously object to any influence of religion on the state, here they had no hesitation in wielding state power against our sincerely held, common-sense religious beliefs to avoid paying for health insurance coverage of abortion.”

The law, now known as Illinois Public Act 101-13, mandates every health insurance policy in Illinois that provides pregnancy-related benefits to provide coverage of elective abortions, and to do so without cost-sharing beyond that required for pregnancy-related benefits. It does not include any exemptions for religious individuals, religious organizations, or even churches.

The Thomas More Society, a national nonprofit public interest law firm and major force in the Constitutional defense of religious liberty, filed the complaint on its own behalf and on behalf of Flossmoor dentist, Dr. Richard Mantoan and his dental practice, Southland Smiles, Ltd. Both companies sponsor small group health insurance plans for their employees and offer a number of policy options purchased through BlueCross Blue Shield of Illinois. The new mandate requires both businesses to purchase health insurance policies that cover abortions.

The complaint details how the Illinois abortion-coverage mandate violates the federal Weldon Amendment, putting Illinois in jeopardy of losing billions of dollars of federal funding. The Weldon Amendment ensures that federal appropriations to the Departments of Labor, Health and Human Services, and Education may not be issued to any government that discriminates against a “health care entity,” including an insurance plan sponsor, on the basis that it does not provide health insurance coverage of abortion.

“This is exactly what the Weldon Amendment prohibits,” McHale said. “Illinois cannot force those of us who do not believe in paying for abortions to either pay for abortion coverage or drop our insurance. Doing so will require Illinois to forfeit federal funding for essential programs such as Medicaid.”

“Additional provisions of this radical abortion policy will force Illinois taxpayers to foot the bill,” added McHale, referring to the federal Affordable Care Act’s provision requiring a separation of abortion costs from other health care expenses. “It’s a direct violation of federal law. We should expect better from our lawmakers.”

“We are confident that the Office for Civil Rights will take our complaint seriously,” declared McHale. “Federal law clearly prohibits this brazen attempt to encroach upon our rights conscience. We urge immediate intervention to halt this illegal mandate.”

The law, which state lawmakers quickly rammed through over Memorial Day weekend, legalizes abortions for any reason up to birth in Illinois. It would erase criminal penalties for performing abortions and allow non-doctors to do them. The legislation also would repeal the partial-birth abortion ban, abortion clinic regulations and conscience protections for medical workers. Additionally, it would force all health insurance plans to cover abortions, with no exceptions for religious or moral objections.

The legislation prompted massive protests earlier this year. In March, so many pro-life advocates filled the state capitol to rally against the bill that police had to close the building due to overcrowding. Afterward, lawmakers did not move the bill forward for months.

But over Memorial Day weekend, pro-lifers learned that pro-abortion Democrats planned to push through the bill before the end of the legislative session. Late on May 31, they passed it and sent it to the governor for final approval.

The Thomas More Society described the bill as “the most radical piece of abortion legislation that has ever been introduced in Illinois.” It would create a “fundamental right” to abortion and prevent the state from interfering in any way with the killing of unborn babies. In addition, it would require every health insurance plan to cover abortions, including late-term abortions, without any exemptions for people with religious or moral objections.

“While a growing number of states are working to advance popular pro-life laws, Illinois is trying to outdo New York’s abortion extremism – and unborn children and their mothers will pay the price,” said SBA List’s National Campaign Chair Jill Stanek, an Illinois native, a former nurse who witnessed babies being born alive and left to die in Chicago.

Stanek told LifeNews: “The bill Illinois lawmakers passed is so radical, they even went out of their way to repeal the state’s ban on barbaric partial-birth abortions. Americans of every political persuasion are appalled by these attempts to expand abortion on demand through the moment of birth and even infanticide, and that in turn is driving pro-life momentum around the country. There is no pride or glory in being the most extreme pro-abortion state in the nation.”

Before passage, Catholic Bishop Thomas Paprocki of Springfield instructed priests in his diocese to refuse communion to politicians who voted for the bill until they confess and repent.

But Illinois is not alone. Earlier this year, Vermont Gov. Phil Scott signed a similar law allowing abortions for basically any reason up to birth in his state, and Maine Gov. Janet Mills signed a law allowing nurses to abort unborn babies. In January, New York lawmakers prompted national outrage after they passed a bill removing basically all restrictions on abortion in their state.

Polls indicate that most Americans oppose such laws. According to a national poll by Marist University, three in four Americans (75 percent) say abortion should be limited to – at most – the first three months of pregnancy. This includes most Republicans (92 percent), Independents (78 percent) and a majority of Democrats (60 percent). It also includes more than six in 10 (61 percent) who identify as “pro-choice” on abortion.

A May 2018 Gallup poll found that 53 percent of Americans oppose all or most abortions.