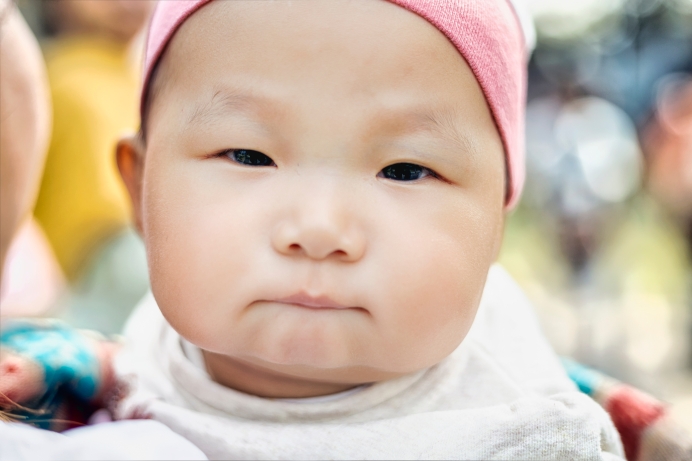 If something is capable of tasting food, is it not alive?

Amid all the bad news coming at us of late was a recent lighthearted report about the taste preferences of unborn babies.

A study from the Fetal and Neonatal Research Lab at Durham University, England, found that babies in the womb react differently to what their moms eat.

Using 4D ultrasound scans of about 70 unborn babies, researchers found that carrots elicit smiles, while kale brought on a frown.

"It was really amazing to see unborn babies’ reaction to kale or carrot flavours during the scans and share those moments with their parents," one of the researchers said.

Yes, it is amazing - just like every ultrasound of a tiny little person is amazing.

Typical news reporting on prenatal life refers to unborn babies as “fetuses,” in an apparent attempt to downplay the humanity of the child in the womb.

This was the tack taken by CBS News in reporting on the little ones in the womb who eschewed kale for carrots.

But this effort is in vain as the term “fetus” is Latin for "offspring," which is "a person's child or children."

Additionally, a recent Rolling Stone article lamented a father’s wrongful death lawsuit against his ex-wife for the abortion of their child, which the magazine refers to as a “potential child” or a “hypothetical” child.

The editors at Rolling Stone would do well to note that the fetus/offspring about whom they reported was neither “potential” nor “hypothetical,” rather, in fact an actual child whose life was intentionally ended.

Consistency at all costs in denying the humanity of the unborn is a primary modus operandi for abortion enthusiasts, thus the very report on how babies in the womb like carrots but not kale undermines any assertion that the child in the womb is not alive. Further then, if the child is alive, it follows that it a human being.

It defies basic logic to speak as if an abortion involves something not yet alive, or not yet human.

If the unborn child is not alive, then there is nothing to abort. If he or she is alive, and not a dog or a cat or a plant, then the only thing left is acknowledge that the child is a human.

Tweet This: If the unborn child is not alive, then there is nothing to abort. If he or she is alive then we must acknowledge that the child is a human.

CatholicVote pointed out the folly of CBS’s use of the word fetus: Social media “commenters immediately pointed out how odd it was for CBS to use such clinical language in a story about what was clearly an adorable baby girl or boy. “You’re so close,” one pro-life woman replied “So ‘fetuses’ have faces …?”

The apropos question was asked in all of the discussion on article, “If something can taste food, is it alive?

A woman posted on twitter: “BABIES “are big fans of carrots but not leafy green vegetables – and you can tell by the look on their faces.” There, I fixed the headline for you.”

“I am so confused by this" another commented. "Are we to assume, from this information, that fetuses are actually alive and experience pleasure (which would mean they experience pain)?”

No one has ever thrown any woman a “fetus” shower, and women don’t say, “I’m having a fetus!”

The only people benefitting from pretending unborn babies aren’t people are those profiting from abortion.

The little dust-up over the “fetuses” who were “big fans of carrots but not leafy green vegetables” shows how sometimes humor is the best way to highlight the truth.