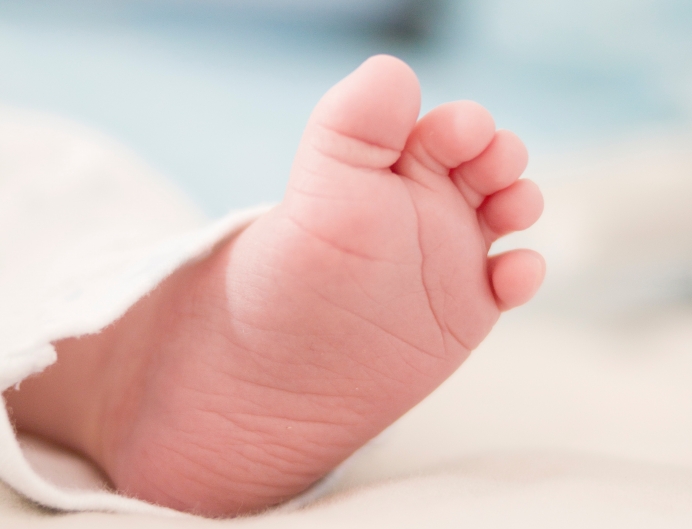 “A lot of times they just don’t roll down the window,” Susan admitted. “They just look away from us.”

And Susan would know. She’s volunteered with 40 Days for Life - an internationally coordinated 40-day campaign that aims to end abortion locally through peaceful vigil in front of abortion businesses - for more than 10 years.

Between September 22 and October 31 of this year, Susan stood, waited, and prayed on the public sidewalk in front of a Sacramento Planned Parenthood.

And on this particular day, the car leaving the parking lot didn’t roll pass Susan. The driver didn’t look away.

Seeing Susan, the driver stopped and rolled down the window.

Susan relayed the events of that day in an interview with Pregnancy Help News (PHN).

“If you know anybody who’s pregnant and needs help,” Susan offered, holding out a pamphlet toward the driver.

Distraught, the driver’s daughter spoke from the passenger’s seat.

“I’m the one who was pregnant and I’m still pregnant,” she said.

Then came the question from the driver.

“Why do you think that baby is still alive?” the pregnant woman’s mom asked Susan.

Susan spoke to the mother and daughter about Jesus and His desire for babies to live. The mother agreed with Susan.

“I didn’t want her to have the abortion,” she told Susan.

As the conversation continued, the young pregnant woman began to calm.

Susan encouraged the mother and daughter to go to a local pregnancy medical center for an ultrasound and pregnancy support. She gave the young woman her phone number and offered additional assistance should she need it after leaving the center.

This young woman’s story is not isolated.

But chemical abortion failures don’t always end in pregnancies surviving. Instead, failures can result in women needing emergency care or a second abortion.

“Typically, when the abortion pills fail the abortionist provides more doses of medication or a surgical abortion,” Brown added. “Abortion providers continue to supply second or third abortion attempts with medication and surgery in order to end these pregnancies.”

“For some women, especially those who chose chemical abortion in order to avoid a surgical procedure or for those who do not want to increase their exposure to these chemicals, repeated abortion attempts can be distressing,” Brown continued.

Tweet This: Planned Parenthood, the largest provider of abortions in the U.S., admits failure rates for dangerous chemical abortion medications

“Considering the thousands of chemical abortions being performed every single month,” Brown noted, “this constitutes a lot of babies who survive the initial abortion attempt. Yet abortion providers continue to offer these dangerous chemicals later and later in pregnancy without regard to the wellbeing of their patients.”

As Susan spoke to the pregnant passenger, the daughter acknowledged that Planned Parenthood’s response to the failed abortion was to send her away.

For this still-pregnant woman, though, the pro-life community stood ready and willing to provide the support that Planned Parenthood would not.

“We can provide diapers and wipes and clothing and any supplies that the mother and baby may need,” Susan noted. “We also help with cars, housing furniture, and motel stays…we stay with the moms as long as they feel they need us.”

Susan is adamant, “We do take care of the moms and babies after they’re saved.”

Tweet This: “We do take care of the moms&babies after they’re saved”- Pro-lifers aided a woman sent away by Planned Parenthood after a failed abortion

Susan continues to offer support for life, even though it has not always been safe for her to do so.

Through her 10 years of volunteering, she’s received “lots of strange emails,” including threats to her safety. Because of these threats, she has asked that PHN only identify her by her first name.

Despite the danger, she continues to volunteer, though, for women just like the passenger in the car. And for pregnancies just like this one that survived.

Instead, Susan painted a different picture, saying, “I always tell them I’m not a protester, I’m a beggar.”

“I’m here with my sign that says, ‘Please Choose Life’ and I’m begging for you to give this one more listen…give one more chance to this baby.”

Tweet This: I’m not a protester, I’m a beggar. I’m here w/my sign that says, ‘Please Choose Life,’ begging you to give give 1 more chance to this baby.

And for this pregnant woman, a failed abortion attempt and a faithful volunteer provided just that. One more chance for this mom to choose life for her baby.