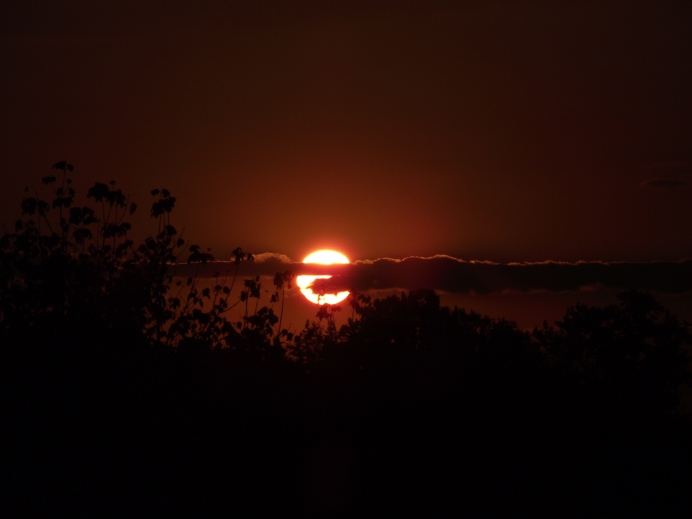 Five-year-old Silas quietly ate his dinner in the company of his babysitter.

Suddenly he piped up, “God makes all the babies. Right?”

Leave it to a little one to speak greater wisdom that many a sophisticated, cynical adult (Psalm 8:2).

Silas is right. God makes all the babies—even the baby animals. He cares for all His creation and knows when a single sparrow falls to the ground (Luke 12:7).

He provides food and sustenance for the creatures of the earth, including human beings—whether or not they worship Him (Psalm 65:9-15; Acts 14:17).

God is the Author of life.

Without Him, there would be no life. There would be nothing at all. God is the Creator of the earth and its inhabitants and the rest of the universe.

This God, the one without Whom nothing would exist, spoke our world into existence with a word, with one exception:

He formed the first human being with His hands and breathed life into him (Genesis 2:7).

God created humankind, both male and female, in His image and likeness, and gave them dominion over the rest of creation (Genesis 1:27-28).

Human beings were created to reflect God in the world, to act as His representatives and regents. God calls us the crown of His creation (Psalm 8:3-5).

When sin entered the picture, the image of God in humans became distorted. Instead of reflecting Him clearly, we now function more like cracked mirrors.

This brokenness includes our sense of stewardship.

We have not cared for the earth and its creatures as we ought—and most importantly, we have failed to honor the image Dei (image of God) in one another.

We have committed grievous sins such as racism, misogyny/misandry, and class prejudice. We have mistreated and misused one another in horrific ways throughout human history.

But none of these offenses is more egregious in the eyes of a holy God than the sin of taking the innocent lives of His preborn image-bearers.

To understand why, we must understand God’s motive for creating us in the first place.

God is a relational Being—One Being with three Persons (Father, Son and Holy Spirit) who love and serve and honor one another.

God created human beings in order to share His limitless love. Every image-bearer He creates is a person whom He loves uniquely.

As God addresses Israel’s unfaithfulness culminating in the sin of child sacrifice, listen to the way He refers to the infants who were killed:

This is an enraged, grief-stricken Father mourning the loss of His sons and daughters.

This is the Author of life telling us in unmistakable terms that offering up the lives of preborn people—people He made and whom He loves—is heinous and unthinkable in His eyes.

We may be broken image-bearers, but God still calls us to take a stand for justice and to defend the innocent.

Standing up for the innocent unborn isn’t optional for God’s people. Although it has become acceptable, abortion is one of the great moral evils of our time and our nation.

Tweet This: Standing up for the innocent unborn isn’t optional for God’s people... abortion is one of the great moral evils of our time and our nation.

There’s no easy way to state this painful truth: abortion is child sacrifice. Just as in ancient times, an innocent life is offered in exchange for the perceived benefit of another person.

Circumstances are weighed against personhood, and personhood loses. In Jeremiah 7:31, God says of this travesty that He neither commanded it, nor has it even entered His mind.

God loves people, including the ones who haven’t been born yet.

The life-affirming mission into which you invest yourself is grounded on the character of the Lord Himself.

“God makes all the babies, right?”

Yes, He does—and He’s pleased with your labor of love in protecting them.