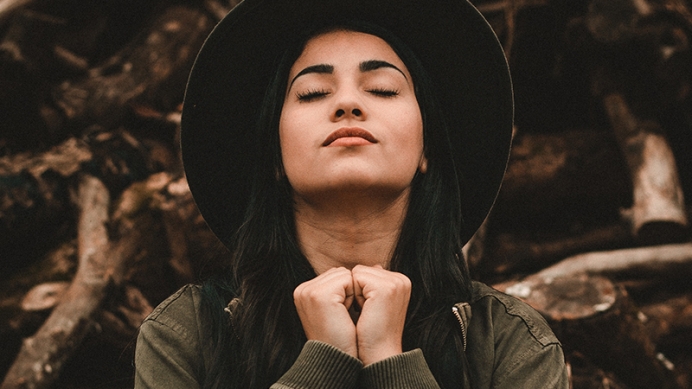 I was invited to a local social service agency luncheon to represent our clinic and explain our services. After I shared, the floor was opened for questions.

I fielded a few innocuous questions, and then one woman got bold and threw down the gauntlet.

“I heard you are all about ending abortion over there,” she challenged.

I sensed the fight or flight mechanism kicking in, but by the grace of God, I didn’t get defensive.

“We would always rather see a woman choose another alternative,” I replied evenly, “because we believe abortion hurts women.”

Instantly, the woman’s eyes dropped to the floor. Very likely, she carried a load of guilt from a past abortion.

Another time, I was reading a memoir I’d grabbed at an airport between flights. The writing was great, but as I got further into the book, I had a growing hunch this author had experienced an abortion.

Sure enough, about halfway through her story, she started on a rant against life-affirming members of Congress which was so filled with vitriol I had to put the book away until I calmed down. This woman’s pain had splattered onto the pages of her story. Her guilt was unresolved, so she turned to blame shifting as a coping strategy.

Countless other women, many of them in our churches, remain burdened, bitter and defensive due to a past abortion. They still claim that women should have the “right to choose.” They still get angry at people who promote life.

Our culture would have us believe that abortion is not problematic for women or men. The relentless, false narrative clamored by the media and abortion-providing entities is that abortion is simply one part of reproductive health care, a choice no different than extracting a bad tooth.

You and I know better.

We know better because we’ve been on the battlefield, and we’ve witnessed the carnage. We’ve worked with women and men who have chosen abortion and been deeply wounded.

We understand post-abortion syndrome is real, and it’s not pretty.

At the clinic one day, one client told me her life had spiraled out of control just after high school. She’d had a healthy, happy upbringing with no major emotional struggles, yet within a few months’ time, she became promiscuous, got hooked on drugs, and was estranged from her family.

As she processed her thoughts aloud, the light of revelation dawned in her eyes.

“Oh, wow. All of that happened right after the abortion. I never really thought about that before.”

Here’s the thing: Anything that affects individuals also affects society. “Freedom of choice” has wreaked havoc in so many lives that the ripple effect has touched us all.

Let’s say a woman who has an abortion has a circle of about fifteen people to whom she is close.  She may keep the abortion secret, but its effects will color all of her relationships. Consider how many loved ones, coworkers, and friends are touched by one abortion. Then consider the staggering amount of spiritual and emotional damage abortion has done in our society as a whole.

We have an enemy who not only wants to destroy God’s preborn image-bearers, but also devastate the ones already born.

To add to the complexity of the problem, our society has minimized the sin of abortion—and in so doing, has minimized its grief as well. Insisting that abortion is morally acceptable does nothing to remove the crushing burden of guilt from the soul of a post-abortive individual. That’s because when guilt is downplayed and rationalized, forgiveness is forfeited.

Tweet This: "When guilt is downplayed and rationalized, forgiveness is forfeited." @susannemaynes #prolife

Pregnancy centers offer a real solution to a real problem.

We wade into the middle of the mess, rescuing not only the unborn from an untimely death, but also healing those wounded by abortion. We speak the truth in love to those still trapped in the chains of denial and defensiveness. We offer post-abortion recovery rooted in the solid hope of the gospel.

We know that abortion is wrong in the eyes of our just and holy God—but we also know that He mercifully forgives sin.

We’ve watched the woman in deep depression, anger, and despair be transformed into a joyful, hope-filled, confident daughter of God.  We’ve witnessed the man laboring under long-term guilt be restored to a place of peace and freedom by his heavenly Father.

Abortion scars the human soul, but the good news about Jesus offers real hope for healing –and it’s this hope you offer to those who need a real solution.