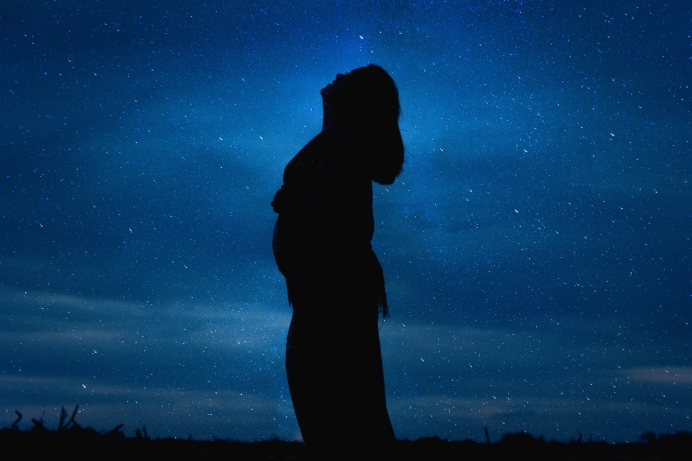 She doesn’t exactly have a stellar reputation in town. Men come at night and give her money—she isn’t proud of that.

She has heard of the God of Israel and His mighty deeds. She knows her people are in a panic because of His power.

So, she takes a risk and hides the two Israelite spies on her rooftop, then lets them down with a rope from her window so they can run for the hills.

Rahab’s statement of faith to the spies is this: “… the Lord your God is God in heaven above and on earth below.”

She entrusts herself to the people who worship the one true God.

As a result, Rahab of Jericho and her household are rescued when the city falls, and Rahab’s status changes from “outsider” to “insider” when it came to the people of God (Joshua 2-6).

She is listed twice in the New Testament as a woman of faith and righteousness (Hebrews 11:31 and James 2:25).

A non-Israelite, and a prostitute at that.

What does this have to do with the life-affirming mission?

Rahab’s story serves to illustrate a theme woven throughout Scripture: while human beings tend to push certain people to the margins, God always values the “undesirables.”

In today’s culture of death, grounded in secular humanism and Darwinian philosophy, the unborn are arguably the least desirable people group on the planet—at least from a purely pragmatic point of view.

Preborn people cannot yet contribute utilitarian value to society. They aren’t big enough or visible enough for us to be impacted by their presence in the same way as people who are already born.

Their human right to life comes into conflict with what is perceived as a woman’s right to practice her reproductive choices.

So, when a pregnancy occurs at a challenging time or in difficult circumstances, guess what happens?

The “undesirable” person in the womb is eliminated.

As I put it here, “Circumstances are weighed against personhood, and personhood loses.”

Let’s look at another example of how God sees and cares for the very people we quickly dismiss.

Ruth is from Moab, another outsider to the people of Israel. When her Israelite husband dies, she commits herself to her mother-in-law Naomi and travels with her back to Israel.

During a time when moral relativism has spiritually corrupted the nation of Israel, this young woman demonstrates integrity and courage.

She remains loyal to Naomi, wisely follows her instructions, and works hard. Boaz, another character with integrity, notices her actions and blesses her.

“May the Lord reward you for what you have done, and may you receive d full reward from the Lord God of Israel, under whose wings you have come for refuge (Ruth 2:13).”

In the end, despite her lowly status as a non-Israelite widow, Boaz marries Ruth, rescuing both her and Naomi from poverty.

She becomes the great-grandmother of King David, and ultimately another ancestor of Jesus (Matthew 1:5).

God cares about the marginalized. Outsiders can become insiders. Inclusion isn’t based on externals, but on the heart.

In His instructions to His chosen people, God repeatedly makes provision for the resident alien, the widow, the poor.

He is constantly concerned with the disenfranchised, the oppressed, the powerless.

Tweet This: God is constantly concerned with the disenfranchised, the oppressed, the powerless.

Who is more powerless than a human being developing in the womb?

Who is more marginalized than the people our culture insists on calling “fetuses,” as if careful semantics could erase their humanity?

Tweet This: Who is more marginalized than the people our culture insists on calling “fetuses,” as if careful semantics could erase their humanity?

Rahab and Ruth could have been lost in the shuffle, dying in battle or in obscure poverty. God had other plans for them.

How many Rahabs and Ruths today are devalued because they, too, are part of an “undesirable” people group—the preborn?

How many are in danger of being excluded and devalued to the point of death?

This is why we must continue doing what we do.

God sees and loves and values every one of His image-bearers, from the time He begins knitting them together in the womb.

He calls us to demonstrate the same kind of care and value toward the unborn which He does.

Who knows what story line may unfold for the next Ruth or Rahab you rescue?