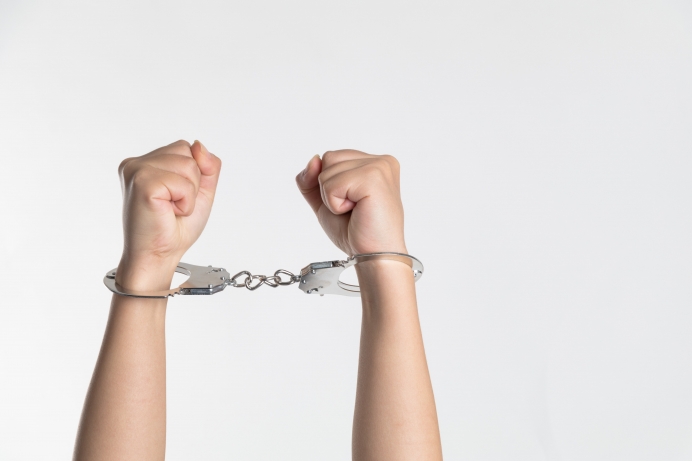 Republicans from the House Judiciary and Oversight committees are questioning whether the recent arrests of student pro-life demonstrators in the nation’s capital amount to “unconstitutional viewpoint discrimination,” and they are seeking answers from the Justice Department.

On August 1 two Students for Life members were arrested outside the Washington D.C. Planned Parenthood during a peaceful demonstration involving sidewalk chalking, a common method of advocacy, whether pro-life or otherwise.

The pro-life students were arrested “for writing the phrase ‘Black Pre-Born Lives Matter’ in chalk on a public sidewalk” in D.C., Reps. Jordan and Comer said. They were charged with defacing public or private property, which has a punishment of a fine up to $1,000 and/or up to 180 days in jail.

“This incident, in light of the District allowing other political messages to appear on public property, raises troubling questions about whether the District is respecting the constitutional rights of individuals in a viewpoint-neutral manner,” the federal lawmakers wrote said in their letter to Dreiband Monday.

“The District’s prohibition of the ‘Black Pre-Born Lives Matter’ message suggests that the District may have engaged in unconstitutional viewpoint discrimination in light of the District’s allowance for other political messages on public property,” they said.

Tweet This: Prohibition of the Black Pre-Born Lives Matter message suggests the District may have engaged in unconstitutional viewpoint discrimination

SFLA and the Frederick Douglass Foundation had planned together to paint “Black Preborn Lives Matter” on the street alongside the abortion facility. In a letter to Washington D.C. Mayor Muriel Bowser and also in its permit request for an event SFLA had stated that painting the street was part of its intent for a peaceful event planned for that day, the pro-life group said in a statement in response to their students’ arrests.

“However, when we arrived at Planned Parenthood on the day of, we were met by police force and threats of arrest,” SFLA said.

A few weeks earlier Bowser had the message, “Black Lives Matter,” painted on 16th Street near the White House.

Bowser came to the site numerous times for promotional shoots and touchups, according to SFLA, and her paint demonstration can legally be considered “government speech” since it was commissioned by the government, though this doesn’t necessarily mean that any organization is allowed to paint the street as part of public expression.

The fact that BLM’s non-government commissioned message “was permitted and allowed to stay has truly opened D.C.’s streets for public expression,” the pro-life group stated. “Unless you’re pro-life or conservative, of course.”

Jordan and Comer noted in their letter to Dreiband this week that the District “declined to remove the political message ‘Defund The Police’ painted prominently on 16th Street and located adjacent to the government-commissioned ‘Black Lives Matter’ mural in early June.”

“The District has only recently paved over the ‘Defund The Police’ message, more than two months after it was painted,” they continued. “This decision to allow some political messages to be painted or marked on public property but not other[s] suggests that the District may be discriminating against speakers on the basis of their viewpoints.”

The GOP Congress members pressed the Department of Justice for answers so that they can “better understand” how the agency and the office “evaluates and addresses unconstitutional viewpoint discrimination on public property.” They asked for a staff-level briefing to the Judiciary and Oversight committees by September 1.

Comer and Jordan have also written a similar letter to Bowser, the Fox News report said, demanding her office “produce all documents and communications between June 1, 2020 and the present referring or relating the arrest of the individuals associated with the Students for Life of America on August 1, 2020.”

Additionally, the lawmakers said that Bowser’s office must provide the documents by August 24 and prepare for a briefing on the arrests by August 26.