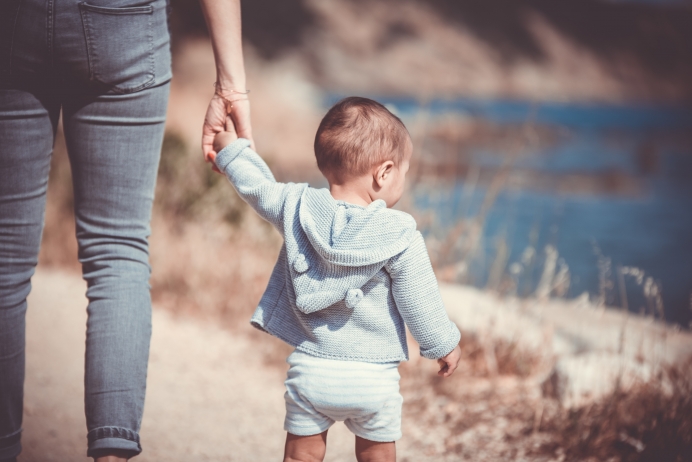 (CNA) A federal rule change once again allows faith-based adoption agencies to receive federal funding without being required to place children with same-sex couples. The move was welcomed by a religious freedom legal group, but drew opposition from all Democrats in the U.S. Senate.

The previous rule, enacted at the end of the Obama administration in 2016, “threatened to shut out faith-based social service providers” if the adoption and foster care agencies “respect a child’s right to a mother and a father,” the U.S. Conference of Catholic Bishops said when the proposed change was announced Nov. 1.

The rule change cited several complaints, requests for exceptions, and lawsuits, according to the Department of Health and Human Services notice published in the Federal Register. Some entities outside the federal government voiced concern that the 2016 rule violated the federal Religious Freedom Restoration Act or the U.S. Constitution, exceeded the authority of the HHS, or reduced the effectiveness of programs.

“Every child deserves a chance to be raised in a loving home. That’s why ADF supports HHS’s revision of its regulations to allow both secular and faith-based providers to compete for federal grants on an equal footing,” Alliance Defending Freedom senior counsel Zack Pruitt said Dec. 19.

Pruitt said faith-based adoption and foster care providers play “an integral role” in serving vulnerable children, like the 430,000 in foster care system and the 125,000 eligible for adoption.

“Unfortunately, the previous regulation—finalized in the 11th hour of the Obama Administration—failed to protect all providers and discriminated against faith-based providers simply because of their beliefs about marriage. That is not keeping kids first,” Pruitt added.

“HHS’s proposed rule to end this discrimination offers hope for children, more options for birth parents, support for families, and increased flexibility for states seeking to alleviate real human need, he said. “We commend HHS for protecting a diversity of providers to ensure the greatest number of children find a permanent, loving family.”

The Obama administration's rule interpreted existing law to forbid discrimination in the child welfare system not only on basis of sex, but sexual orientation as well. Thus, it began taking action against adoption agencies that did not place children with same-sex couples, on the grounds that they were discriminating against an individual’s sexual orientation.

The Trump administration's rule guarantees legal protection based only on existing statute, which does not recognize sexual orientation or gender identity.

The HHS notice said the previous rule would reduce foster care placements in the HHS Administration for Children and Families. The department acknowledged that some grantees and subgrantees could cease to provide services if forced to comply with the previous rule. Such grantees make up a “substantial percentage of services” and are “effective partners” of federal and state governments.

The Trump administration's action drew protest from all of the U.S. Senate's Democrats, The Hill reports. Every Democratic senator signed an objecting letter to HHS Secretary Alex Azar.

“It is unconscionable that HHS has disregarded essential nondiscrimination protections, chosen to no longer enforce them and has pursued a rollback of the very protections that ensure HHS funding benefits all people in an equitable way,” said the Senate Democratic Caucus' letter.

“We strongly urge the department to enforce existing federal nondiscrimination regulations that protect against discrimination based on sex and religion and rescind this proposed rule,” they said.

A federal court recently blocked the Obama-era regulation from going into effect in a case involving the Lansing-based St. Vincent Catholic Charities and a family looking to adopt, represented by the legal group Becket.

Alliance Defending Freedom is representing Catholic Charities West Michigan in a federal lawsuit against state officials who withheld funding from faith-based adoption agencies over their stances on marriage.

Religious adoption agencies in several states and the District of Columbia have been shut down by anti-discrimination laws that require them to place children with same-sex couples. Anti-discrimination provisions in state funding laws have also resulted in the shut down of agencies that cannot in good faith follow funding requirements that they place children with same-sex couples.

The federal rule would not necessarily change these laws and funding rules at the state level.

U.S. Rep. Robert Aderholt (R-Ala.) introduced an amendment in a 2018 funding bill to withhold some HHS funding from states that would not allow faith-based organizations to carry out their religious mission in child welfare. The amendment was removed from the legislation before a final House vote.

When the rule change was announced Nov. 1, the U.S. bishops' conference said the previous regulation “threatened to shut out faith-based social service providers, namely adoption and foster care agencies that respect a child’s right to a mother and a father”

“To restrict faith-based organizations’ work by infringing on religious freedom – as the 2016 rule threatened to do - is unfair and serves no one, especially the children in need of these services.”

Tweet This: “To restrict faith-based organizations’ work by infringing on religious freedom [] is unfair and serves no one, especially the children .. "

In 2018, Philadelphia stopped placing adoptive children with Catholic Social Services, only days after the city called for 300 new families to adopt foster children.

The city faces a lawsuit by several foster mothers for its decision to stop working with Catholic Social Services. The U.S. Supreme Court will decide whether or not to review the case, Fulton v. Philadelphia.

Critics of religious freedom protections have established a significant network of NGOs, legal experts and activists to limit religious freedom they consider to be discriminatory on issues of LGBT equality and contraception and abortion access. As CNA has previously reported, some $10 million has been earmarked specifically for this purpose through groups like the Arcus Foundation and the Proteus Fund.

Editor's note: This article was first published by Catholic News Agency and is reprinted here with permission.