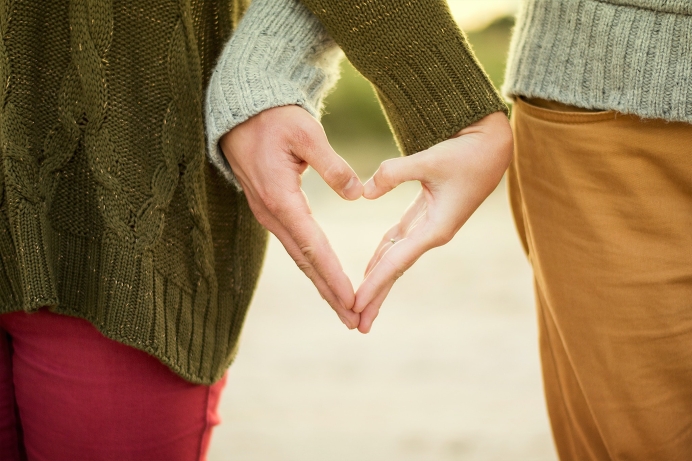 It was an abortion in her own family that brought Claire out to pray in front of a Planned Parenthood this past fall.

"It just made me really sad, and shocked, really,” Claire said about her younger cousin. “She had plenty of people around her who cared and would've helped her, and of course she could've found people to adopt the baby."

But Claire’s 20-year-old cousin never got the chance to talk about those other choices, never got any encouragement to at least slow down and consider them. That's because she'd walked into a Planned Parenthood abortion facility rather than a pregnancy help center, the differences in discussions about "choices" between which are like night and day.

The message at the abortion center was, “This pregnancy will really mess up your life, and we can help you get rid of your little problem” (as long as you can pay for it, that is).

And so, without hearing a word about all the support and assistance nearby pregnancy centers were standing by to offer, with no discussion about the numerous risks of having an abortion, without slowing down enough to ask God into the situation, with no mention of the word 'adoption' whatsoever, and most appallingly, without seeing her ultrasound, Claire's cousin aborted her first child.

When Claire heard about the profit-oriented session her cousin had been subjected to at Planned Parenthood, it made her angry.

"They insist it's a 'choice,'” Claire said. “But the only 'choice' they talked about was the one that makes them money."

Tweet This: They abortion industry insists it's a "choice." But the only "choice" they talk about is the one that makes them money.

That motivated her to sign up for this past fall's 40 Days for Life campaign when she saw an announcement in her church bulletin.

Claire had driven by the abortion place before and had seen a few people praying out front, but until now she'd never considered joining them.

Now she was determined to channel some of her disgust for the abortion industry into praying for life there herself, an hour a week on Tuesdays.

The 40 Days for Life website made it easier for her to see when other people were planning to be at the same Planned Parenthood and schedule herself for the same time.

That first Tuesday, Claire joined about 20 other local people gathered along the fence surrounding the abortion center.

She prayed for both the abortion center workers inside and for young women headed in.

Not expecting to speak to any pregnant women that day, she was surprised when a young woman came walking along. Claire was standing by the driveway entrance and was the nearest person for the woman to speak to. The young woman asked why the group was there.

Claire said what came to her mind, that the pregnant mom would hear a very lopsided argument for abortion that would conveniently leave out the negatives of having the procedure and the positives of having a child.

The young woman, Liz, pointed to the "See your ultrasound first" sign and asked what it meant.

Claire knew her cousin hadn't been shown an ultrasound, and she'd heard it was a common tactic of abortion centers to turn the ultrasound screen away from pregnant moms - even while charging them for it!

As Claire and Liz talked, two other 40 Days for Life participants joined in.

They told Liz that she'd be rushed along inside the abortion center, when there was really no reason to rush.

"Unfortunately, abortion will still be legal next month and the month after that," a regular sidewalk counselor said.

"They don't want you to leave without having the abortion because you might not come back," he said.

Why not get all the information before making a decision? he posited to Liz. And he then offered to walk her a few doors up the street to a pregnancy care center, something she'd never heard of.

There she would get the full truth and get to see her ultrasound, all for free, and hear how the pregnancy center was ready to help her straight through her pregnancy and beyond.

So, Claire and a prayer partner brought the anxious mother over to the pregnancy center.

Liz sat with a counselor who explored her situation with her, learning that the baby's father lived in another country and had no interest in having a child. Busy working and going to school, Liz had really hoped to be married when she had a child. She had scheduled an abortion for that morning and that's when she found the group praying outside.

Liz didn't have a lot of support around her, but after hearing about the ramifications of an abortion, she felt her parents wouldn't want her to go through that and would probably help with a new grandchild. She had some familiarity with Christianity and believed abortion to be wrong in the eyes of God.

The topic of adoption was raised.

Just the day before Liz came into the pregnancy center, a letter came in from a couple looking to adopt a child. They sent family photos and included an 800 number for any pregnant mom to reach out to them with any questions. The couple offered to pay any expenses, and to stay in contact with the birth mother if that's what she chose. The pregnancy counselor shared that letters like these were received pretty regularly.

Within an hour, Liz got to see her ultrasound while Claire sat in the waiting room.

Liz had not realized that an unborn baby of 10 weeks was so obviously a baby and understood immediately why abortion centers are deceptive in not showing ultrasounds. It cuts into business, that's why, she now knew.

After seeing her tiny baby on the ultrasound screen, Liz said she wouldn't keep her abortion appointment that day.

She had no idea if she would decide to raise this child herself or if she would choose an adoptive family, but she did know that she could not go through with aborting this baby.

Liz left the office that day after giving a hug to Claire and thanking her and the pregnancy center for helping her to see the big picture.

Tweet This: Liz left the office that day after giving a hug to Claire and thanking her and the pregnancy center for helping her to see the big picture.

As of this writing, a month later, Liz was a little over three months pregnant, taking pre-natal vitamins, thinking and praying about being a mom versus choosing adoption, and was scheduled for her next ultrasound at the end of November.

Claire continued her hour of prayer in front of the abortion center each Tuesday through the end of the 40 Days campaign and has decided to keep praying and talking to pregnant moms regularly an hour a week.