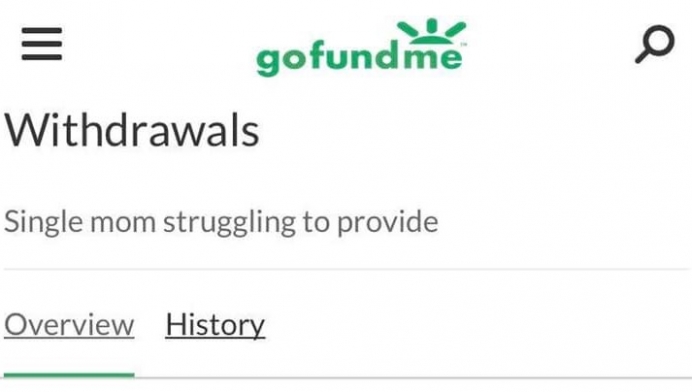 CHOICE42 announced the evening of Friday, May 15 that the GoFundMe funds had been released to them. CHOICE42 thanked everyone who helped raise awareness of the issue. The pro-life group expressed gratitude for GoFundMe's representative having assisted in resolving the matter.

A pro-life advocacy organization in Canada says the crowdsourcing site, GoFundMe, is withholding more than $2,700 in donations from three moms in need.

We didn’t want to have to do this, but we have no other options. This is the money GoFundMe is withholding from us. The total amount is over $2,700. This money was raised for three mothers in need and we cannot wait any longer for these funds.

We have been waiting since April 17, 2020 to receive the first fundraiser amount and have done everything GoFundMe has asked of us. They are now not responding to our messages.

Please share and help us get this money which we fundraised for. Three mothers and their children are depending on it.

According to Klassen, the need for these funds is urgent.

“These are time sensitive situations and we were not able to wait,” she told Pregnancy Help News in an email.

However, the three fundraisers CHOICE42 has run since then have been inexplicably stalled.

The first fundraiser is for a single mother in Zimbabwe.

“We fundraised for her to be able to deliver in the hospital, and afford the essentials for a newborn,” Klassen said. “She is all alone with no family support and no money. She has been experiencing labour symptoms and needs to book her hospital room immediately.”

CHOICE42 supporters raised more than $500 for her, hitting their fundraising goal by April 17. The fundraiser was then flagged by GoFundMe’s security team because the money is destined for Zimbabwe.

“They wanted to know our action plan for getting the money to this woman which we promptly sent,” Klassen said. “We went back and forth with them for about a week and then we were told that the money was unlocked. It was not.”

Funds from the following two fundraisers cannot be accessed either.

One is for a mom in Canada who has faced tremendous setbacks because of government closures made during the COVID-19 pandemic. She is not a Canadian citizen, but Klassen says she has applied for status.

“With the quarantine, she does not qualify for any financial help from the government and has no way to get an income at this time,” she said. “She and her daughter are slipping through the cracks.”

CHOICE42 fundraised more than $1,500 for the pair—enough to help cover two month’s rent and groceries.

The other fundraiser is for a young woman in the U.S. who became pregnant by rape.

“She has no family support,” Klassen said. “She had been renting an air conditioner which was recently reclaimed as she could no longer afford it. She lives in a small trailer that can get quite hot. She is about to give birth and we wanted to support her in this way.”

CHOICE42 previously assisted this same mom through an Amazon baby registry, where supporters bought her much-needed items. Through the GoFundMe fundraiser, the group raised nearly $800 for a new AC unit.

For these last two fundraisers, Klassen says her group repeatedly received automated messages saying, “Withdrawal failed.” The last time the group heard from a GoFundMe staff person was April 28. When CHOICE42 called the website out on Facebook this week, the group finally received a message from GoFundMe.

Still, “nothing is resolved and we still don’t have the money,” Klassen said.

Tweet This: Still, “nothing is resolved and we still don’t have the money,” Klassen said of GoFundMe go-round.

Along with education, one of CHOICE42’s priorities is supporting women facing unplanned pregnancies.

The group does so by providing “Canada’s largest nation-wide database of pregnancy help resources” on its website, CHOICE42.com.

Along with GoFundMe fundraisers, CHOICE42 has supported multiple women through Amazon baby registries, challenging the notion that pro-lifers don’t care about babies after they are born.