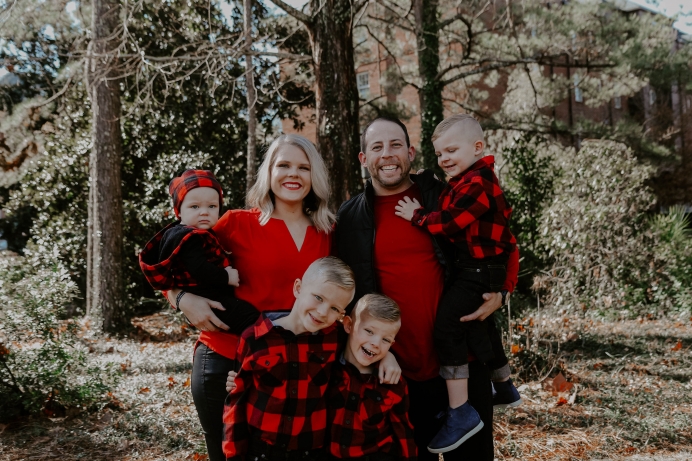 From prison to pregnancy resource center to home

Will Willing of Auburn, Alabama, went from seeing abortion as “nothing more than expensive birth control” to being a volunteer at a pregnancy resource center; from being alone in jail to having a loving wife and four sons; from being homeless to having a house where 50 college students gather weekly for Bible study and a home-cooked meal.

Willing grew up in Detroit, Michigan, without a father. He says, “At the age of fifteen I already made more money than my mom by working construction and selling drugs.”

His mother told him to follow house rules or move out. He took his car and left.

“I lived in that car for about two-and-a-half years,” he said, “through two winters!”

At 19, Willing received a prison sentence of 25 to 40 years for possessing cocaine.

“It seemed like my life was over,” he recalled.

“[After that] men came out of the woodwork, handing me Bibles and Gospel tracts,” said Willing, “but I didn’t want to hear it.”

Later he realized, “It was the Holy Spirit answering that prayer. When I was as low as I’ve ever been, the God of all creation heard.”

In prison, Willing had no reading material except his legal papers. Upon moving to a new cell, he looked for books left by the previous inmate, but only found one.

Willing decided to read it all.

He finally got to Matthew 6:33 – ‘Seek ye first the kingdom of God, … and all these things shall be added unto you.’

“I saw something I could do to move the hand of this God I didn’t believe in,” recalled Willing. “I said, ‘OK, God, you’re supposed to be a God who keeps promises.’”

As a bargain that he thought would prove God’s Word wasn’t true, Willing promised to keep seeking God – if God would get him out of prison.

He began reading the Bible several hours a day.

“I opened up Scripture and it was an expression of love,” said Willing. “It started to make complete sense, [and] flow from my eyes into my heart.”

As he read the Bible, he became convicted about something in his past.

He felt “this huge remorse and need for repentance.” Even though he had committed many crimes, what he felt most ashamed of was “the two children I robbed God of.”

During his teens Willing fathered two children but influenced both women to have abortions.

The first girlfriend’s abortion, he said, “changed our relationship. The girl she was when she went in was not the same girl coming out. She became a shell of who she was.”

The second girlfriend wanted to keep her baby. But she called Willing, “crying hysterically because her aunts had taken her in for an abortion.” Willing’s only feeling at the time was relief. After realizing abortion was wrong, “there was complete utter remorse. I John 1:9 started to apply, [‘If we confess our sins, He is faithful and just to forgive us our sins…’].”

Later an attorney reviewed his case and found errors, filed a brief and won a re-trial. A plea bargain resulted in a decreased sentence of only three more years. His spent parole at his mother’s house and made friends with a pastor who moved to Auburn.

After parole Willing also moved to Auburn and attended church where he heard a volunteer from a pregnancy resource center tell about God healing her from an abortion.

“That’s when the Holy Spirit smacks me in the face to go there, except it’s called Women’s Hope,” he said. “What can a man do there? Turns out a lot.”

As a volunteer, Willing could tell men first-hand the true cost of abortion.

During his volunteer training Willing met a pregnant volunteer in class and noticed she was “cute, but I judged her as being married,” so he didn’t pursue her. After she gave birth, Willing found out her story.

Kaitlyn Willing had been in the party scene at Auburn University, and during her junior year became pregnant. The baby’s father wanted her to get an abortion. Kaitlyn’s parents felt that having a baby would interfere with her education. They told her that if she had the baby they’d stop paying for her tuition, room and board.

“Growing up Catholic, I was very well-educated on abortion, so it did not sit well with me,” she recalled.

Viewing a film on abortion in high school alerted her to the truth about the procedure. She knew abortion would not be a “quick fix.”

“It was a refuge for me,” she said. “It was the first place where there was caring concern, and they weren’t angry about my pregnancy.”

Tweet This: "Women's Hope was a refuge for me. It was the first place where there was caring concern, and they weren’t angry about my pregnancy."

“A lady there prayed over me,” she added. “Their compassion helped her listen when they explained the Gospel to her.

Kaitlyn got baptized just before her son was born.

When Willing found out her story, he decided to take her meals. They started dating and married soon after. Willing adopted her son. They’ve been married almost eight years and have three more sons. 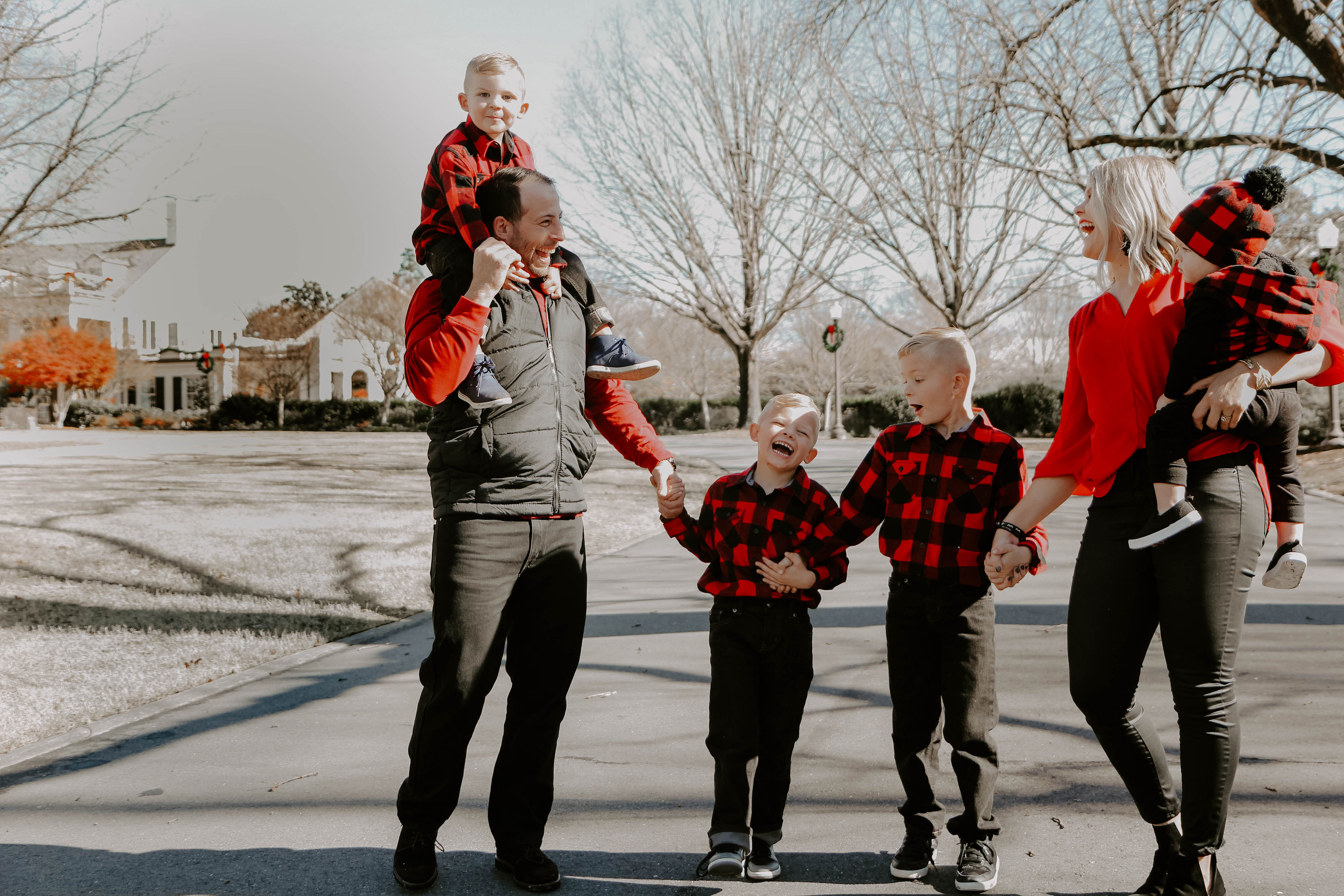 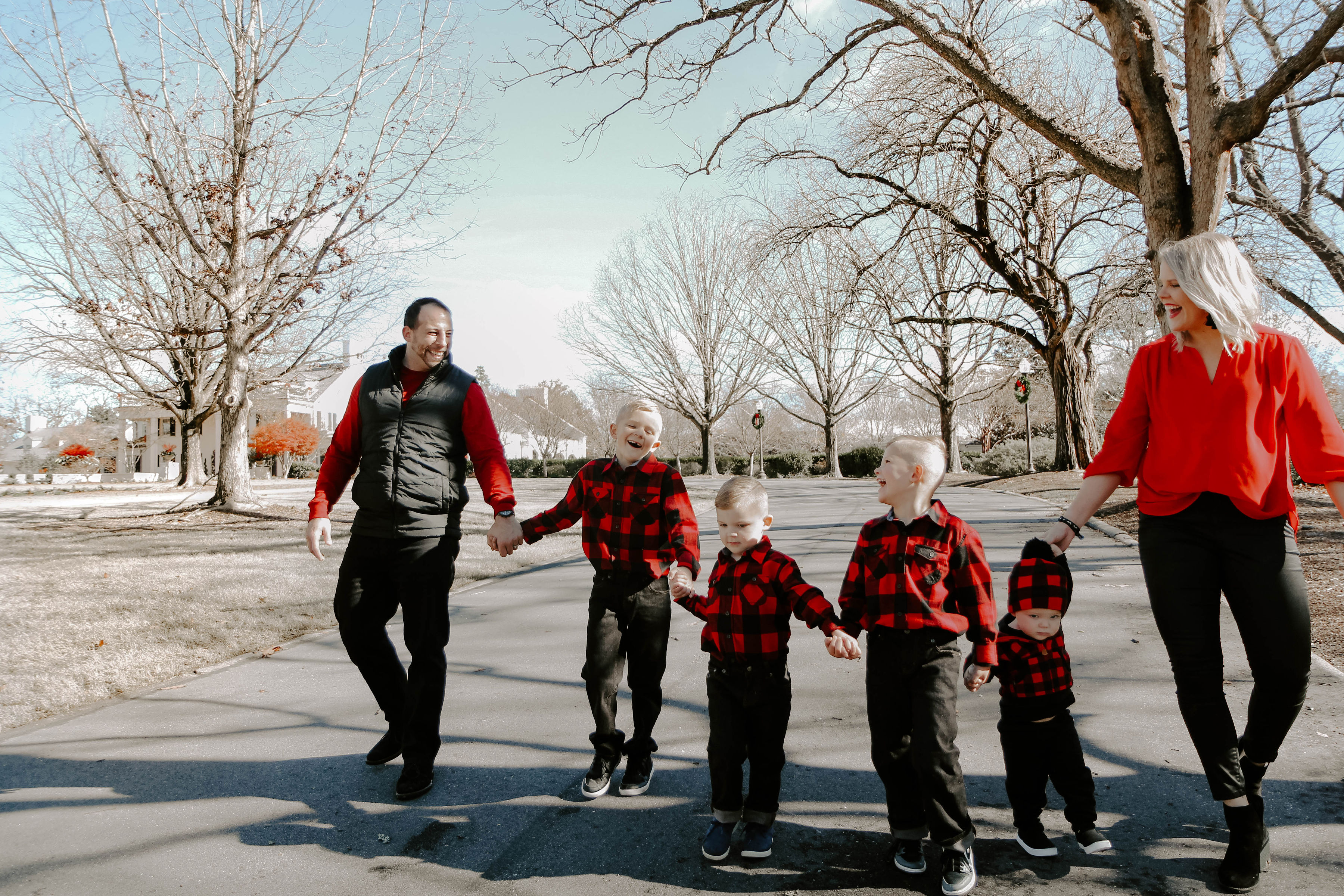 Kaitlyn would go on to hold numerous paid and volunteer positions at Women’s Hope.

She is now Director of Operations at non-faith-based Baby Steps, which, according to its website, “empowers college students at Auburn University to have their education and their babies by offering housing, support and community to pregnant and parenting women."  She would like to see this kind of help offered to students on campuses everywhere.

The Willings now host students in their home every week.

Kaitlyn notes, “We have students here all the time.”

The students say that being in the Willing’s house is like being home. For the Willings it’s a home that might not have been, except for the hope they found through a pregnancy center, and the faithful pursuit of the God who loved them all along.