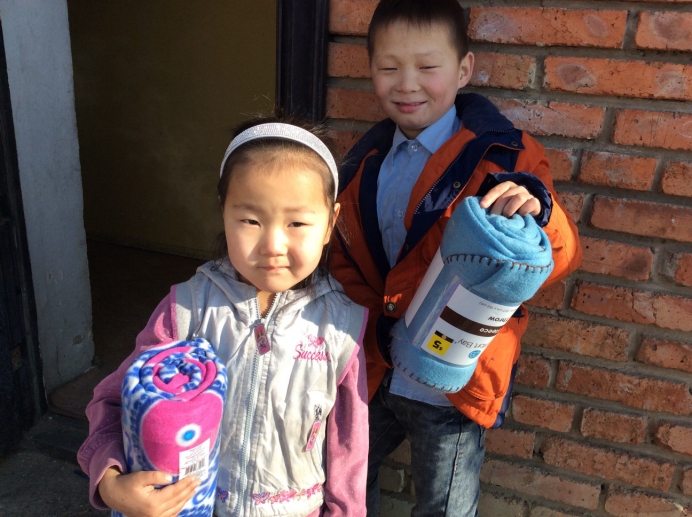 The last thing on Mitchell Tillman’s mind 15 years ago was the idea of becoming a missionary to Mongolia. Although he was raised in a Christian home in Birmingham, Ala., Tillman rebelled against his roots and moved out at the age of 17.

After the death of his first wife, and a following marriage that ended in divorce, Tillman spiraled into a lifestyle of drinking and crack cocaine addiction.

“I was a car painter living in the body shop,” Tillman said. “I was making $1,000 a week and spending all that on drugs. When some friends of mine overdosed, I started thinking about where you go when you die.”

After being caught and arrested for drug use, Tillman cried out to God from a cell in the Birmingham City Jail, where Dr. Martin Luther King Jr. wrote his famous open letter to Southern church leaders on April 16, 1963.

“I got thinking about what I had done, and called on a God I didn’t even believe in, and asked Him to forgive me,” Tillman said. “God got me out of the trouble I was in.”

Tillman was sentenced as a first-time offender to a rehabilitation program where he got clean from drugs. Shortly after his initial conversion, Tillman’s life would abruptly change when he answered the call to go into missions.

At that time, Tillman’s father, Tommy, had been a missionary for 40 years and was moving to Mongolia to share the gospel after the fall of the Soviet Union in 1991.

“When I got saved, I fell in love with the Lord and wanted to do something for him,” Tillman said. “For about two or three months I was looking for a church in Alabama, but I just couldn’t get involved there. I told my dad I wanted to be a missionary. I visited Mongolia and I fell in love.”

Tillman and his father decided to begin a ministry in the vast, unconquerable Gobi Desert.

“My original goal was to plant one good, active church,” Tillman said. “What really got me going was working out in the desert and meeting people who’d never heard the name of Jesus.”

Tweet This: When I got saved, I fell in love with the Lord and wanted to do something for him. #prolife

Serving the community of nomads in the heart of the Gobi, this church was the first ever to be planted in the region. As well as church planting, Tillman’s father began the first free medical clinic in a nomadic city of roughly 7,000 inhabitants.

“The medical challenge is that the country used to be communist. They have no equipment, no training, and no kinds of drugs,” Tillman said. “All of their medicine is watered down. They don’t want to spend any money on it.”

It was during his time in the Gobi Desert that Tillman met a woman who was to change the course of his life and ministry. Baljmaa, a Mongolian Christian, came to work as Tommy Tillman’s translator.

As a young woman, Baljmaa had moved to Russia to study nursing.

“God started speaking to her in school in Russia,” Tillman said. “She was out in a park one day when her friends talked her into seeing a gypsy palm reader. The palm reader told her she needed Christ!” laughed Tillman. “Baljmaa thought it was a Russian religion.”

After finishing her studies and returning home, Baljmaa started working at a Korean restaurant in the Mongolian capitol, Ulaanbaatar. It was then she first heard the gospel, after being invited to a Korean church. It touched her so deeply, she immediately trusted in Christ. Shortly thereafter, she met Mitchell and the two fell in love and were married.

“We were both very young Christians. After 12, years we’re still together serving the lord,” Tillman said.

After several years in the Gobi, Tillman and his wife decided to permanently relocate to Ulaanbaatar, a city of approximately 1.37 million people, the largest in Mongolia and home to nearly half the country’s population.

Recognizing the need for infant care, the Tillmans started an orphanage for abandoned babies.

The shift to caring for abandoned babies was an especially sharp contrast to Baljmaa’s days as a nurse. Before her life-changing encounter with Christ, she had often stayed late to perform abortions, which had been illegal until 1986.

“In her ignorance, she thought she was helping people,” Tillman said.

Now, Baljmaa is saving those she formerly would have helped abort.

Tweet This: "In her ignorance, she thought she was helping people." #abortion #prolife #pregnancyhelp

Since establishing the orphanage 11 years ago, the Tillmans have helped to facilitate over 100 adoptions. They are also in the process of adopting three children themselves, ages 10, 9, and 6.

With the orphanage up and running, the Tillmans turned their eyes to saving even more lives….

Check back next Wednesday to see Part 2 of the Tillmans’ story.