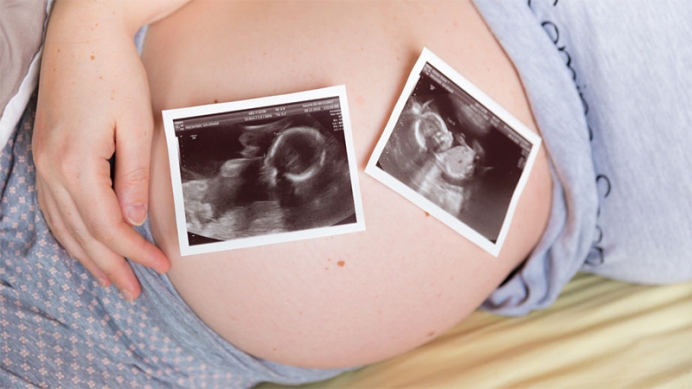 In the 11 years since Abortion Pill Reversal was launched by pro-life physicians George Delgado and Matt Harrison, abortion advocates have tried their best to discredit the life-saving protocol.

But just last week, the regimen received another validation of its safety and legitimacy following the presentation of Dr. William Lile—a board-certified ob-gyn who serves as the referral physician for three local pregnancy help centers—before a Florida hospital’s Institutional Review Board (IRB).

The remarkable event that brought Lile before the board was his role in helping a woman reverse her abortion, saving not one baby, but two; his patient was pregnant with twins.

Eight weeks pregnant, the woman sought a chemical abortion at an abortion facility, had profound regrets, and sought out help.

A chemical abortion, often referred to as the “abortion pill,” actually involves the use of two pills. The first pill, mifepristone (or RU-486), blocks progesterone, essentially starving the preborn baby of nutrients. The second pill, misoprostol, forces the baby to be expelled from the mother’s womb.

According to Lile, this fatal combination has a 97 percent success rate of killing a preborn baby.

The Abortion Pill Reversal treatment—backed by a network of 350 medical providers and a 24/7 hotline (1-877-558-0333), now operated by Heartbeat International through OptionLine—works by giving women extra progesterone, a natural hormone that is necessary to sustain a healthy pregnancy.

After counseling his patient, Lile prescribed progesterone in the form of a medication called Prometrium.

To the astonishment and gratitude of Lile, it worked.

“We were facing a 97% success rate of pregnancy termination of her twins, but were blessed to have viable twins with normal heart rates one month later,” Lile wrote in an email to pro-life friends. “There are no known negative effects to the developing baby when Prometrium is used.”

Today, the patient’s preborn twins are 12 weeks and thriving.

According to Lile, Prometrium is routinely used to prevent pregnancy loss when miscarriage is threatened or even to prevent preterm labor. Indeed, progesterone has the longstanding approval of the FDA as a safe medical intervention to fight miscarriages.

But following Lile’s successful use of the protocol, an anonymous complaint came before the board, launching an internal review of the event.

“I went to the meeting with science, supporting articles, and your prayers, and defended my use of Prometrium,” wrote Lile.

In the end, science—and life—won out.

In this instance, the Institutional Review Board deemed the use of Prometrium after attempted chemical abortion with RU-486 to be reasonable.

“The IRB concluded that no further action would be needed,” Lile reports. “And that my actions were professional, appropriate, and good medical practice.”

To date, over 500 women have used Abortion Pill Reversal to save their preborn babies from abortion.

Tweet This: A set of twins is the latest of over 500 babies to be spared from abortion thanks to Abortion Pill Reversal. #prolife #APRsaveslives

Further affirming the broad success of the treatment, in April, a new study was released to the public, demonstrating that the Abortion Pill Reversal protocol is both safe and effective for women who change their mind after beginning a chemical abortion.

The study, which followed 754 women who wanted to stop their in-progress chemical abortion, reported a 68 percent success rate in reversing the effects of mifepristone.

As Abortion Pill Reversal gains wider use, abortion advocates are wrestling with where it fits in their advocacy for “choice.” Last year, writing in the San Francisco Chronicle, one abortionist, Christine Henneberg, admitted, “To fall back on the argument that we don’t have enough scientific evidence on reversal methods is a cop-out.”

Rather than copping out, Lile says the physician has a duty to help patients with life-saving reversal treatments, comparing the use of Abortion Pill Reversal to the use of Narcan in fighting today’s opioid epidemic.

“If a patient makes the wrong decision and overdoses on a narcotic, as physicians, we have a duty to reverse the narcotic with a medication called Narcan,” he writes. “Over 60,000 Americans died from overdoses in 2016. 60,000 lives were lost to abortion in the first 21 days of 2016. This patient made a decision to take the lives of her twins. She regretted the decision, and we were blessed to be able to safely reverse the effect of the abortion medications.

“Saving lives is the primary goal of all called into the medical field.”

Following his review by the IRB, Lile remains focused on that goal.

“Why and who initiated the inquiry, I will never know,” he says. “However, we must take a stand to defend the preborn.”