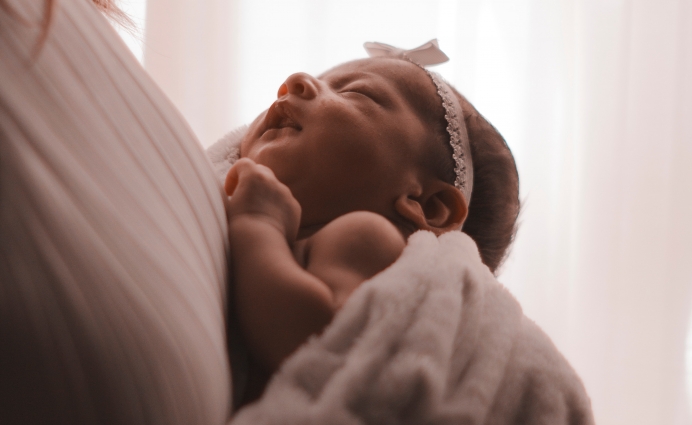 Update: Officials said on Friday that Gibraltar voted to ease its abortion law. Approximately 62% of voters who took part voted for the change in Thursday's ballot, Reuters reports, where turnout was about 52% of the roughly 23,000 eligible voters, Gibraltar's parliament had said.

Gibraltar, a British territory, currently has some of the strictest abortion laws in the United Kingdom. This two-mile wide territory just south of Spain is home to just over 33,000 people and currently prohibits abortion unless the mother’s life is at risk. The penalty for inducing an abortion anyway? Life imprisonment.

This coming Thursday, June 24, the citizens of Gibraltar will be voting on whether to change their current abortion law. Each voter in Gibraltar will have a voice. “Yes” votes indicate they support the new (not in force) abortion legislation modeled after legislation in the UK, while “no” votes state they would like their laws to stay the same and continue to protect the lives of unborn children.

Given Gibraltar’s small population, every vote truly makes a difference.

The Gibraltar Pro-Life Movement is working hard to ensure that all unborn life is protected from the moment of conception. Their “facts matter” slogan encourages voters to consider the facts surrounding the upcoming referendum.

First, abortion is already legal when the mother’s life is at risk. Second, if the referendum passes Gibraltar could be facing abortion on demand through all nine months of pregnancy. Most importantly, they reaffirm that each unborn child is a human being worthy of the right to life.

Students for Life Gibraltar is also working hard to encourage “no” votes. The Students for Life group points out that mothers facing an unplanned pregnancy need support, not abortion. They suggest that it would be better to focus on providing women with the help they need to be successful parents rather than allowing them to destroy their unborn children.

Proponents of “yes” votes in the referendum decry Gibraltar’s current abortion law as harsh and draconian. They claim that during the COVID-19 pandemic Gibraltarian women were alone and desperate, pointing out that in order to secure an abortion they would have to travel into Spain or another part of the UK. They also state that the new law would only allow for abortion up to 12 weeks gestation, not all the way through the end of pregnancy.

The upcoming referendum will ask voters if they agree with the Crimes (Amendment) Act 2019, a law passed by Gibraltar’s parliament to allow abortion. This law is currently not in force and will only come into force if the “yes” votes outnumber the “no” votes.

The law, which refers to “Child Destruction and Abortion,” would remove all criminal penalties as long as the abortion is performed by a registered medical practitioner employed by the Gibraltar Health Authority and two registered medical practitioners (both employed by the Gibraltar Health Authority) agree that the pregnancy meets the requirements of the new law. One of those requirements is that the pregnancy “has not exceeded its twelfth week.”

This would indicate that abortion would not be available on demand throughout all nine months of pregnancy and instead only be accessible in the first trimester.

However, the law goes on to state that another reason for providing the abortion would be “grave permanent injury to the physical or mental health of the mother” and then goes on to explain that in order to make this determination the medical practitioners would take into account the woman’s “actual or reasonably foreseeable environment.” This language is concerning to pro-life individuals, as it could be possible to determine that nearly any expectant mother facing an unwanted pregnancy could have a reasonably foreseeable mental health injury in their future.

What will Gibraltar do?

Major news outlets are reporting that 70% of voters indicate they will vote “yes” on the referendum, thereby making abortion legal in Gibraltar. However, only time will tell whether Gibraltarians will choose to stick to their time-honored tradition of protecting unborn life or choose to follow the rest of Europe in the dangerous trend of abortion on demand.

Tweet This: Will Gibraltarians stick with protecting unborn life or follow the rest of Europe in the dangerous trend of abortion on demand?

Sarah Bowen is the Executive Director of Promise of Life Network, a life affirming ministry including a pregnancy medical center with locations in Slippery Rock, New Castle, Butler, and Sandy Lake, PA. She began with Promise of Life Network as a college intern in 2008, and has been the executive director since 2014. Sarah and her husband Anthony have been married for 13 years and Anthony stays home with and homeschools their four sons, Tommy (11), Eli (9), Zeke (7), and Jonah (6). Sarah graduated from Geneva College with a bachelor’s degree in Human Services and a minor in Business and is currently working towards her MBA. Her first book, Courageously Pro-Life, and other resources for pregnancy centers are available on her website, sarahmbowen.com. When Sarah isn’t working to end abortion she can be found knitting, crocheting, riding her razor scooter, bicycling, and spending time with her family.