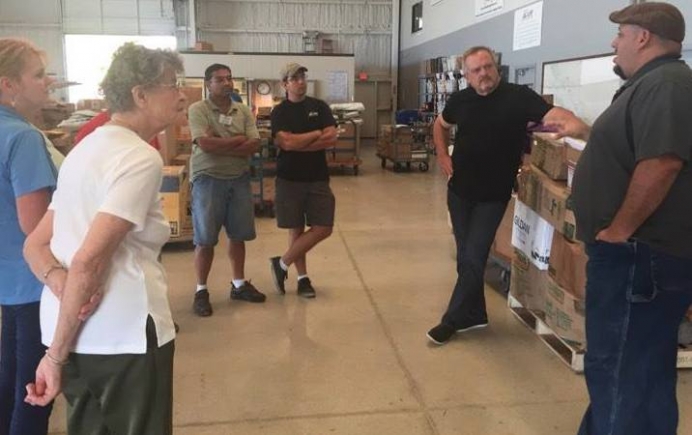 After enduring nearly 40 inches of rainfall and devastating winds as Hurricane Maria tore through Puerto Rico over a 24-hour period starting Wednesday night, many residents of the Island are in the initial stages of surveying the damage—even amid flash flood warnings—Friday morning.

With officials estimating that millions in Puerto Rico will be without electricity for the next several months, most who stayed on the Island have had little to no contact with mainland relatives and friends while they make do without everyday necessities in the wake of the storm.

Joseph and Daisy Pardo, who opened the Island’s first pro-life pregnancy center in 2015, waited out the storm with their four children in Tampa, Fla. By Saturday morning, Joseph hopes to be on one of the first flights back to San Juan.

“Please pray, my heart is heavy for our people and the suffering,” Joseph Pardo wrote in a Facebook post early Friday morning. “Not just for the hurricane's destruction, but for what life could look like in a week or two on the Island with no electric or running water. The need is going to be great.” 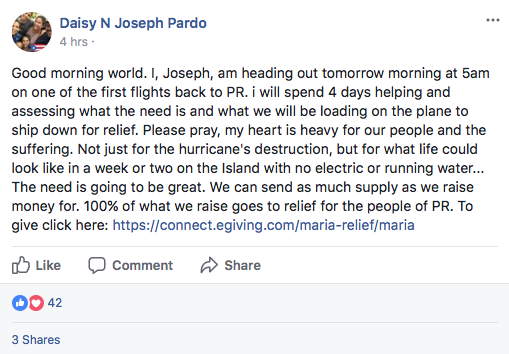 Tweet This: #prolife center leaders among first responders in wake of #HurricaneMaria.

Before they left the Island ahead of Maria, the Pardo's had been raising funds to pay for a power generator in order to keep their center’s ultrasound machine up and running, so that power outages didn’t prevent them from serving women with life-saving care.

While the Pardo's do not yet know how the storm has affected Cree’s building, they are partnering with three ministries—Agape Flights, Waters Step and Tender Mercies—to deliver clean water, food and other necessities to Puerto Rican residents, while purchasing chainsaws and other supplies to help clear debris. With a goal to raise $20,000, the Pardos raised $5,000 by Thursday night.