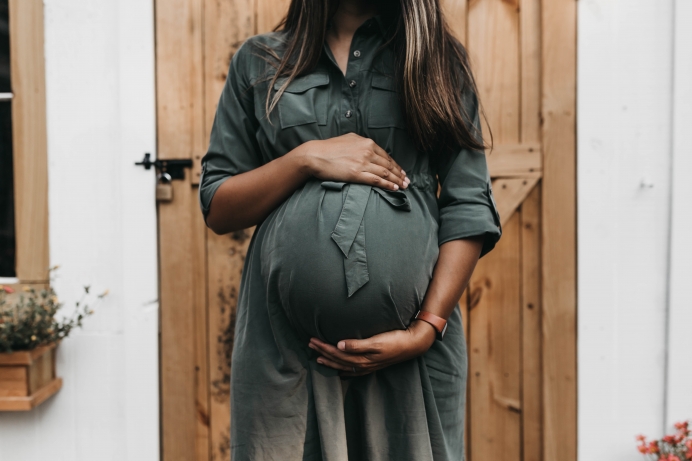 A CBS documentary “Jailed for Abortion in El Salvador” and an accompanying print report, were published online May 28. Pro-life advocates in the country say the report leaves out or misrepresents crucial information regarding landmark fights over abortion in the country.

The CBS report claimed that “more than 140 women have been charged under El Salvador's total ban on abortion since 1998, incarcerated for up to 35 years in some of the world's most notorious prisons. Many say they never had an abortion, but instead claim that after suffering a miscarriage they were wrongfully convicted when their doctors accused them of intentionally terminating their pregnancies.”

Alabama state Representative Merika Coleman visited last November a prison in El Salvador where some of those women are incarcerated. She told CBS News that if Roe vs. Wade is overturned “things that are going on in El Salvador could actually happen in the United States."

The report mentioned the case of “Manuela,” whose real name is María Edis Hernández de Castra, a woman who according to CBS, claimed to have had a miscarriage and “was charged and convicted for aggravated homicide, and sentenced to 30 years in prison.”

Hernández served two years of her sentence before she died from Hodgkin's lymphoma in 2010.

“But a lawsuit brought on behalf of Manuela's family after her death may bring change. Next year, the Inter-American Court of Human Rights is expected to hear her case, and if the international body sides with Manuela and her family, El Salvador could be barred from prosecuting women who say they miscarried, according to an attorney for the Center for Reproductive Rights, the law firm representing the family,” CBS reported.

El Salvadoran pro-life organizations say that the case of Hernández, or Manuela, is one of numerous cases in El Salvador in which acts of infanctide have been reported as miscarriages, and used in litigation intended to promote the legalization of abortion.

According to VIDA SV, the trial documents in Hernández’ case indicate that her child died when he was discarded in a latrine shortly after his birth. At trial, Hernández claimed she did not know she was pregnant until she miscarried in the latrine. Prosecutors presented evidence that she discarded her child while he was alive, and argued that evidence indicated she’d done so knowingly. A jury agreed with the prosecution.

Sara Larín, president of the Fundación VIDA SV, and Ligia Castaldi, a professor at the Ave Maria School of Law in Naples, Florida, published this year in the International Human Rights Review an exhaustive legal investigation of 25 cases, which explains in detail "the fraud involved in the Hernández case before the Inter-American Court" and the other cases.

Speaking June 3 to ACI Prensa, CNA’s Spanish language news partner, Larín said that the Center for Reproductive Rights had "sent an intimidating letter” requesting Hernández’ name be redacted from that investigation, “alleging that it is necessary to protect the privacy of the relatives of the alleged victim."

Larín pointed out that "CBS News itself and a documentary made by the Center for Reproductive Rights show the faces of family members and the family's living conditions to emotionally manipulate public opinion in favor of this case."

Larín further noted that Hernández "was not a victim, but a victimizer," given her conviction for aggravated homicide.

"The sentence is public precisely because the right to privacy is reserved to the victims and not to the victimizers," Larín stressed.

"She never disputed her guilt, did not file any appeal for review, and gave conflicting versions of the facts. The evidence shows that she committed the crime and those false versions were never found reasonable by the Court. It’s not true that she didn’t know that she was pregnant, she had already had three children previously,” Larin explained.

In her testimony, “Maria Edis said that she had fallen into the river, that she had inadvertently expelled the child in the latrine, which according to forensic doctors was not possible; there was no evidence of any injuries from the alleged fall into the river. It was determined that the child was born alive, breathing, and survived between 10 and 20 minutes after being thrown into the latrine," Larín said.

The court’s sentence said that Hernández’ statements were "contrary to logic and medicine," and concluded that she deliberately caused the baby's death.

The international campaign to legalize abortion

According to Larín, abortion proponents intend to create a legal precedent that forces the Salvadoran government to pay millions in compensation to the organizations that filed the lawsuit.

"That money will have to be financed from the taxes of the entire Salvadoran people so these pro-abortion groups can continue to use it to bombard us with ideologies contrary to the law, morality and good customs," she said.

Another pro-life leader, Julia Regina de Cardenal, the president of the Fundación Sí a la Vida (Yes to Life) in El Salvador, told ACI Prensa June 3 that this “slanderous international campaign against El Salvador to legalize the abortion industry is financed by petty interests capable of the worst tricks to achieve their goal."

De Cardenal said that the other cases presented in the documentary and in the CBS News articles were also "being manipulated" since "they have nothing to do with abortions."

"These women were convicted for the aggravated homicide of their children who were born alive," she said.

Babies allegedly miscarried have been found “strangled, struck with a stone, with fractures to the neck, stabbed, abandoned in septic tanks or inside plastic bags that had been hidden,” she said.

"They were all full term babies who breathed, but were cruelly killed."

De Cardenal pointed out that in El Salvador “there is not a single serious media outlet that has published the lies repeated in the international propaganda media, that women are hated and persecuted here; that hundreds of women are imprisoned for abortion; that poor women who had ‘miscarriages,’ ‘obstetric emergencies’ or ‘non-hospital deliveries’ are given 40 years in prison.”

De Cardenal emphasized that in El Salvador miscarriage is not punishable, and that "this farce is so absurd because women are not even imprisoned for induced abortion."

"Why? Because the penalty for induced abortion is 2 to 8 years (not 40) and the judges don’t hate or persecute the women, instead they give them alternative sentencing, " she explained.

The Yes to Life Foundation representative said that the Salvadoran people “are fed up with the lack of respect and insults of deceitful foreign actresses and journalists who accuse us of having a 'medieval, draconian law,' when in reality we have legislation that truly protects equal human rights for all people, which ought to serve as a model for the rest of the world. ”

"Why are they lying? Because they know that very few people would support the infanticide they are defending, ” she said.

De Cardenal believes that "it is not surprising that those who profit from exploiting women in crisis pregnancies by killing their unborn children, also defend killing them after they’re born."

"Fortunately, we Salvadorans are pro-life and we know that these women need all our support, not violence and death," she added.

Editor's note: This story was first published by ACI Prensa, CNA's Spanish-language news partner. It has been translated and adapted by Catholic News Agency and is reprinted with permission.